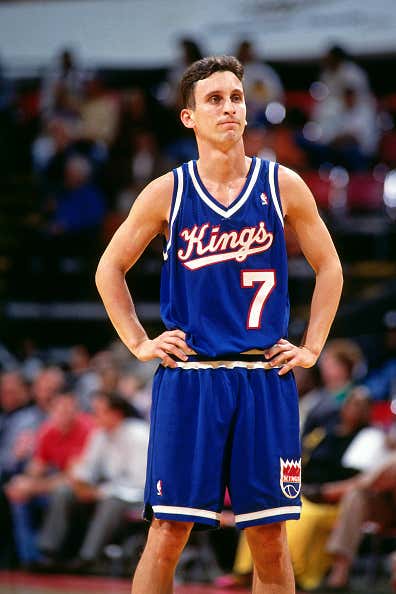 [The Athletic] – “We didn’t have many details,” Les said, “so as we were heading to the hospital we were kind of hopeful that, you know, hey, there was an accident, Bobby was shaken up, maybe there’s some minor injuries, but (he would be fine).”

It didn’t take long to realize that wasn’t the case. At the hospital, a team official informed Richmond and Les that this wasn’t a minor accident. It was life or death. Doctors weren’t sure Hurley would survive the night.

“Mitch and I were really taken aback,” Les said. “We went there thinking the best and left thinking that if the worst happens, this could be devastating.”

St. Jean phoned Hurley’s parents in Jersey City, New Jersey, and in as calm a voice as he could muster, told them they needed to get on the first flight to Sacramento. By the time the Hurleys arrived, their son had spent eight hours in surgery. The good news: Doctors thought he had a chance of pulling through. Years later, the hospital’s head surgeon told the “Washington Post” that most people with similar injuries wouldn’t have survived.

I was always fascinated by the Bobby Hurley story and somehow it always seems to be forgotten about. If you weren’t old enough to remember or you somehow never heard the story, Bobby Hurley was a rookie with the Kings 25 years ago when he was involved in just a nasty crash. As explained, he was on Toyota 4Runner when he was hit by a station wagon without its lights on. Hurley was not wearing a seat belt and was thrown 100 yards into a ditch.

What people didn’t know at the time is that he should have died. If he wasn’t an elite athlete there’s a good chance his body wouldn’t have survived the surgery or the hit.. That’s what the quote above is all about.

What-ifs are always a thing in sports. We talk about them literally all the time. This is one that always seems to be forgotten about. What if he didn’t get hurt? Hurley was showing signs of being not necessarily a star but a quality starting point guard. He was someone the Kings could have used in the rebuild and future. While also healthy and say his career lasted 12 years instead of just a few years, would he be coaching at Arizona State right now? Remember, he made his way up as an assistant under his brother at Wagner and URI before taking the Buffalo job in 2013.