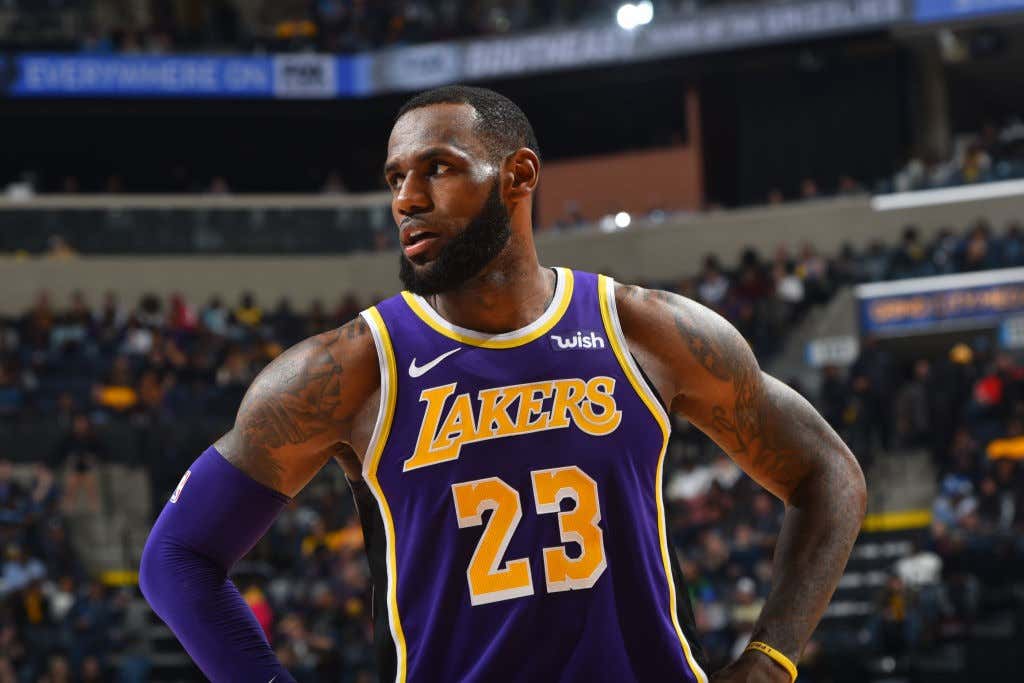 I last talked about the NBA Awards right before the season started when the official NBA GM survey came out. The beauty of this exercise is it’s pretty subjective and is usually good for a nice, civilized internet debate. Now that we’re pretty much two months in and a large portion of teams in the league gave played around 36% of their games, we have a good sample size to revisit this conversation. Again this is just my personal rankings up to this point, and if you want to debate me feel free to either hit me up on Twitter or list them in the comments at the end of the blog. Let’s argue.

Look I know the Bucks are having a great year, but I’m not ready to put Giannis over Curry just yet. People are aware of the season Steph is having right? A nice little 30/5/5 season where just until last night was part of the 50/50/90 club. He’s been ridiculous and the mini slump the Warriors had without him was enough for me to have him in my top three. When I wrote this blog in October I had Giannis as the favorite, but it’s hard for me to go in any other direction other than LeBron right now. The Lakers are 17-10 in the West and just 1 game out of the top spot all while LeBron is putting up a ridiculous 28.4/7.6/6.6 on 52% shooting. So much for the idea that he couldn’t thrive in the West right? He’s been as good as ever and is carrying a team filled with castoffs and young talent to the top of a crazy competitive conference. No brainer in my opinion that he’s been the MVP so far.

Defensive Player of The Year

This is tough because guys like Draymond have missed some time, same with other notable defenders like Al Horford. For me though, I look at the impact that Robert Covington has had in MIN (not counting last night), and I don’t see how he isn’t the leader in the clubhouse right now. Opponents are shooting a RIDICULOUS 10% worse when guarded by Covington, which is why I have him ranked so high. Nobody is making that type of impact on their opposition, and he’s been a huge part of why MIN was able to turn things around post Jimmy Butler. I also had to give OKC their credit, as both Westbrook and George have been fantastic on that end which is a huge reason why OKC has the league’s best defense right now.

When I wrote this before, only Lou Williams was on my list. Safe to say we’ve had a plethora of nice surprises when it comes to 6th Man candidates this year, and it’s hard to have a problem with any of these candidates. Derrick Rose is probably the best story given everything he had to overcome on the court with his injuries, but do not sleep on how nasty Dinwiddie has been this season. He’s in a contract year so it’s coming at a great time for him to have a career year, and for me it’s very close between him and double double machine Montrezl Harrell who has been a legit force for the surprise Clippers so far.

Luka has to be the leader in the clubhouse given the impact he’s had on DAL, and he’s doing things we haven’t seen in decades. However, that doesn’t mean that other rookies haven’t been really impressive. Ayton is still averaging 16/10/3 on efficient splits, his team just stinks. Jaren Jackson Jr has been great in MEM ever since he became a starter so if you want to lean that way I won’t blame you. This is one of the best rookie classes in some time, but for me when Luka is on it’s becoming close to must watch territory, and that’s what separates him from the pack in my opinion.

To the casual fan, the success of the Raptors will be given to the addition of Kawhi. That makes some sense, he’s been awesome, but for me the real reason the Raptors have been able to jump a level is because of the development of Siakam. The man is breaking out everywhere you look, and he’s doubled his scoring while shooting 61% from the field. Career highs in FG%, 3PM, rebounds, assists, and steals with an Ortg of 128, he’s been fantastic.

When the Clippers traded away all their stars, who thought it would only take them like half a season to be this good? Doc has this team with pretty much no All Stars at 17-10 and 1 game out of the top spot in the West. They’re third in the West in scoring and 4-0 in a division that includes the Warriors, Lakers, and the surprise Kings. It’s close for me with Mike Malone, who has his team just as high in the West all while doing it with his best players hurt. I think they’re at like 3 of their 5 starters out, and yet they are 18-9. That’s very impressive.

So those are my picks as we stand on December 13th. Go ahead and tell me how wrong they are, I am open to your reasoning. What are you going to do instead, work? Pay attention in class? Fuck outta here, let’s yell at each other on the internet instead.