People can find beauty in a lot of different things. Maybe it’s a sunset. Maybe it’s a painting. The world is filled with plenty of beautiful things that deserve to be admired. This hit from the MHL (Russian junior league) is one of those things. It’s magnificent. It’s a hit so pure that it brings a tear to your eye. It has everything you’d ever imagine the perfect hit would have. It’s clean as could be with #57’s shoulder going into the chest of his prey. Then you have 86 in white going flying across the ice. The is put out for the yard sale. And the best part of all? There didn’t appear to be a fight immediately after the hit because somebody on the white team took offense to #57 laying the fucking hammer.

86 sees him coming so it’s not like he got blindsided out of nowhere. 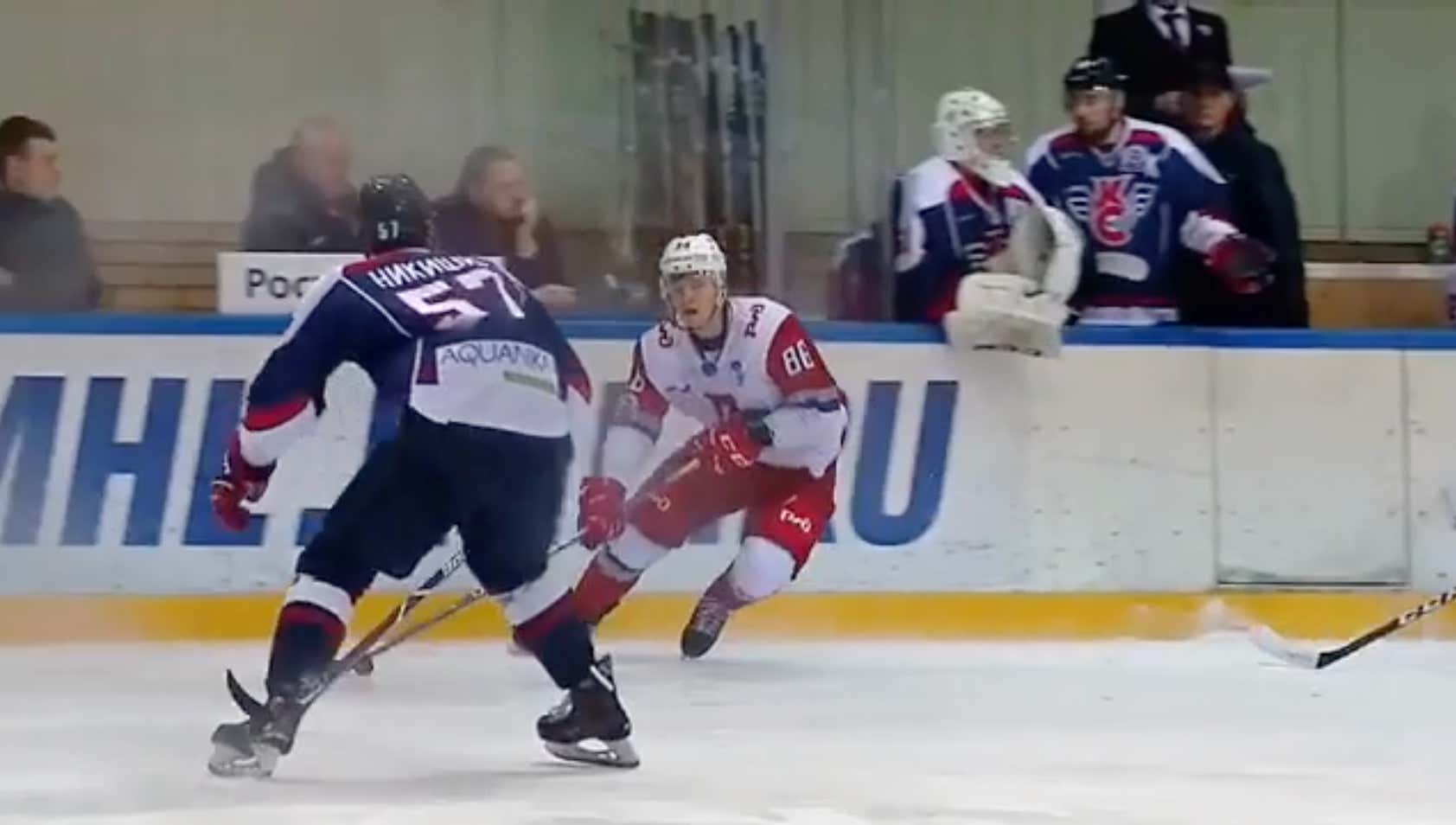 But it was too late for him. The target was already acquired and locked in. But instead of having his head taken off, he was delivered a shoulder straight to the chest. 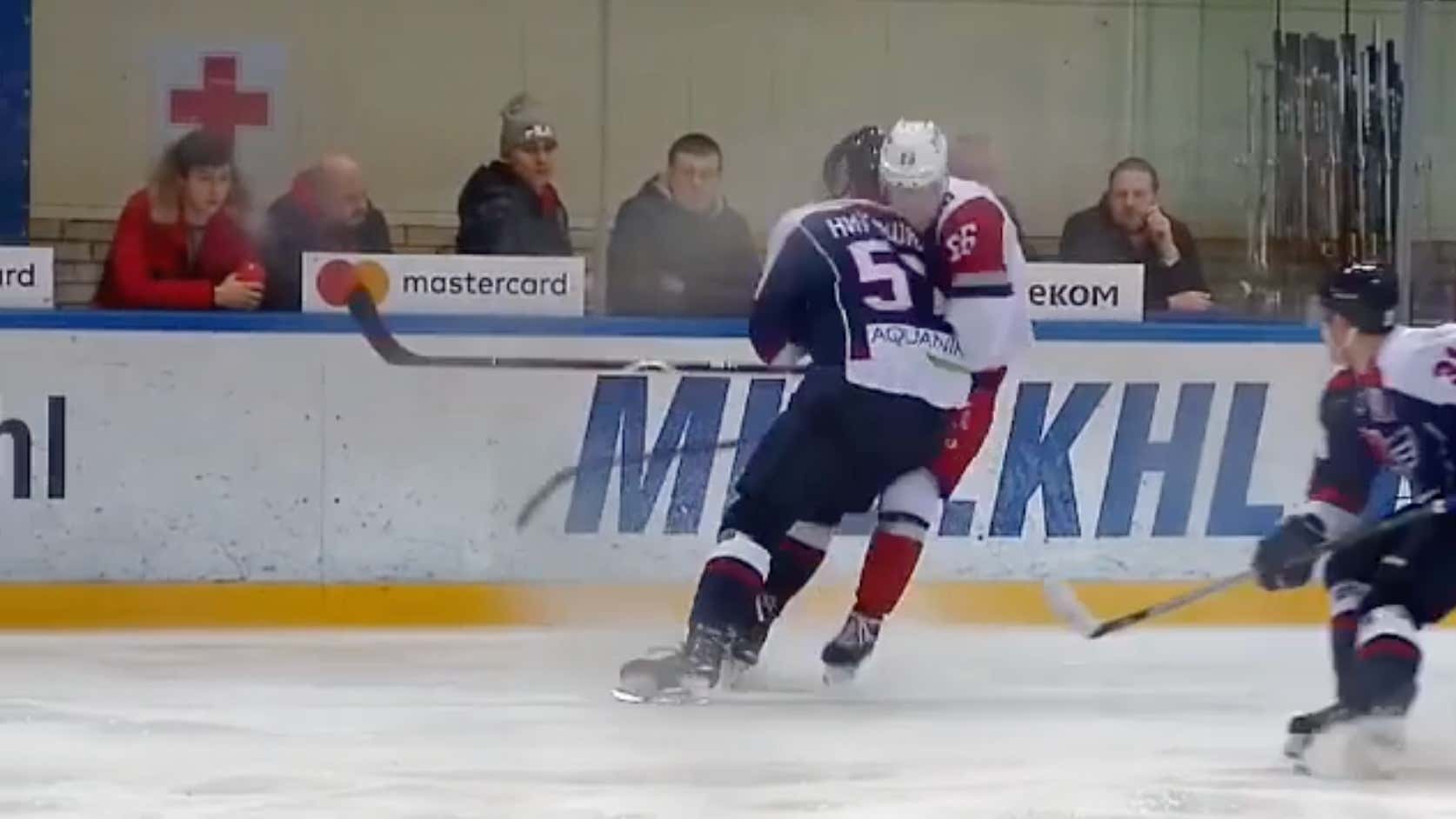 And the final result? Absolute destruction. 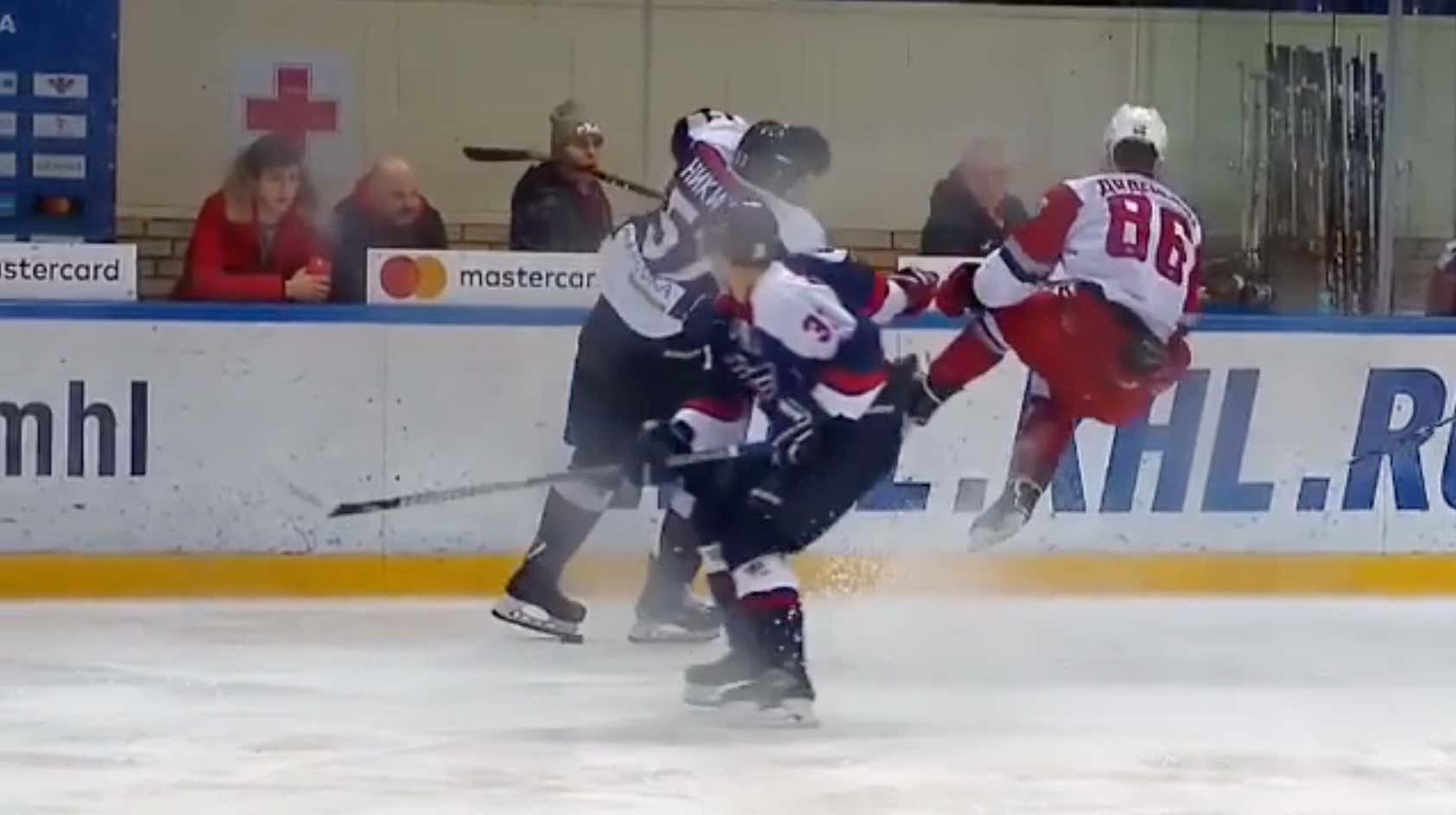 But again, that was as clean as it gets. That’s why I have such an issue with dumbass Capitals fans who always bitch when Tom Wilson gets suspended and say shit like “I guess hitting is dead in hockey” or something along those lines. Because hitting in hockey is very much alive and well. You just have to do it like an actual hockey player like we saw right here instead of running around like a goon with zero control of your body and zero regard for player safety.

And credit to everybody else on the ice again for not immediately trying to fight the guy after this hit. In no world should #57 have to sit in the box for 5 minutes just because he smoked some dude who came across the tracks while the train was coming through. That’s probably my least favorite thing about hockey right now when every big hit ends with a fight, even if it’s a clean hit. But that’s another story for another blog. For now, let’s just continue to marvel in the beauty of this hit.