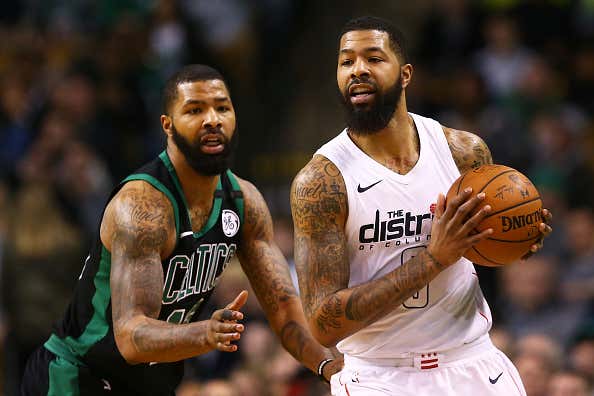 [The Athletic] - Markieff was better at math. Marcus was the superior reader. Both knew exactly what to do with that information.

“He took a math test and then I took his reading test because he was just better. He was better at the subject,” Marcus said. “And then we switched back at lunch time.”

He continued, “When you’re younger, we all had the same tests. So I took the test and then I knew what the questions were going to be again. And then I just took it for him.”

When Marcus was first asked about his best twin-swapping moment, he was quick to joke, “Twin swap? When we switched in the playoff game when he sprained his ankle.”

As he laughed, a nearby Celtics staffer interjected, “Finally, the truth.” Marcus chuckled before issuing a dismissive, “Yeah, aight.”

Finally the Morris twins admit to cheating. Granted, it was in middle school, but I bet you were thinking the same thing I was. They finally admitted to letting Markieef play for the Celtics last year after Marcus had a bad ankle.

The Morris twins are actually fascinating to me just in the sense of how they operate. They are as loyal as they come. They’ve always been that way since high school. But, the ‘twin swapping’ thing was always around. Believe it or not, I was actually rivals with their high school back in the mid-2000s, shout out to me being undefeated against them. 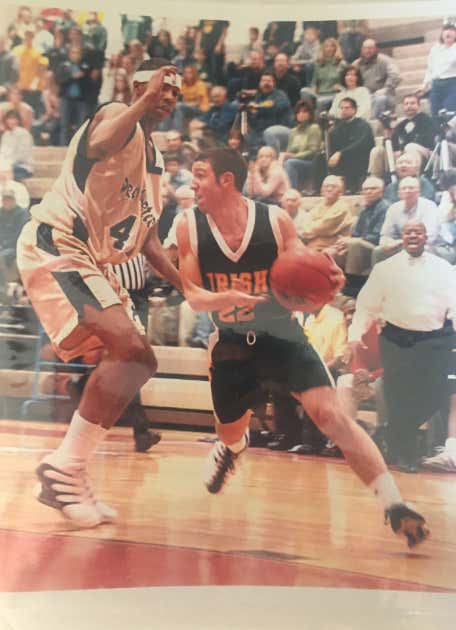 However, there was always a rumor that if one was having a better game and the other was in foul trouble, they’d swap jerseys at halftime. One wore 41 and the other wore 42. They looked identical back then so it was fairly easy to get away with. Not saying it happened, just that the rumor from last year’s NBA playoffs has been a rumor since 2005.

But ever since they came into the league they were always known as being a packaged deal. They quickly reunited in Phoenix after being drafted one pick apart. It was documented how they had shared a bank account and really a contract. It was one of the more unique deals in recent memory.

Things went sour after Phoenix traded Marcus to the Pistons. As they’ve talked about numerous times it wasn’t that it was the deal happened but rather how the front office went about it. Shocking, I know, that the Suns front office would do something poorly.

Obviously it’s worked out fairly well for them in Washington and Boston. Both have found a role and have played well over the last 3.5 years apart. That said, I do love this quote:

What’s one thing you can do that he can’t do?

Markieff: He can do everything I can do.