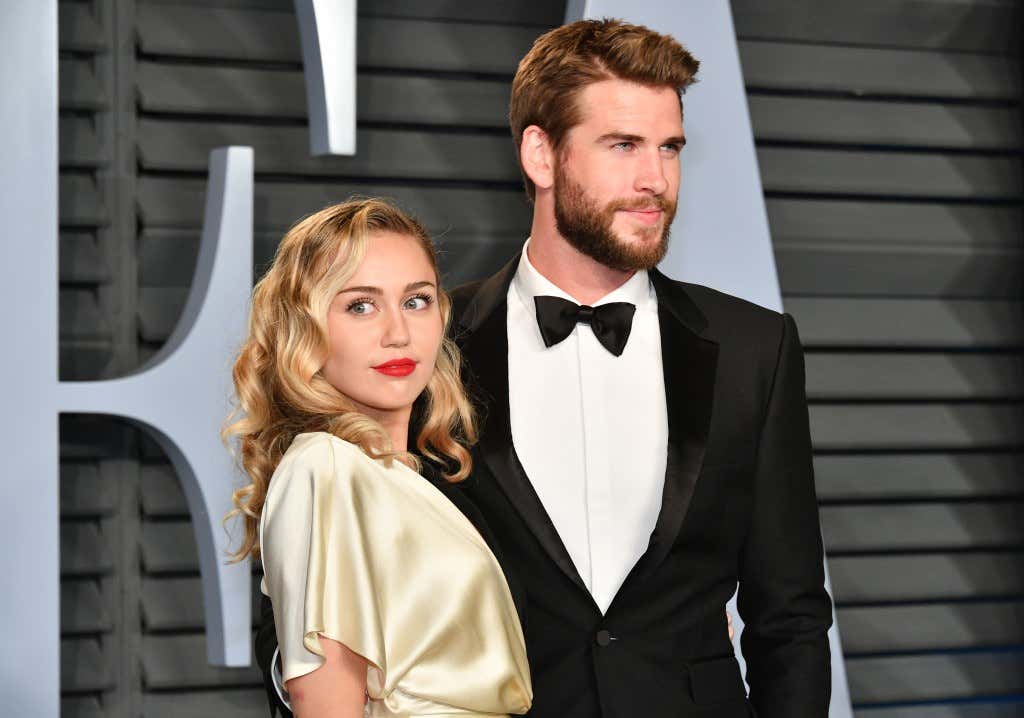 E!- “This is your boyfriend? Fiancé?” Host Howard Stern asked, to which Cyrus replied, “Kind of.”

“Ish…I call him my survival partner now,” Cyrus explained. “He thinks it’s not romantic, but I learned that it is. It is why you pair up with someone is for survival. And he was so incredible, he got all the animals out in his truck. He put two pigs in crates, which I tell you is so hard.”

“He got a lot of action for saving the animals,” Cyrus told Stern.

And what about getting action when they’re not together? “That’s what FaceTime’s for,” Cyrus shared. “Cybersex.”

“We have a really regular life, he’s a really amazing cook,” Cyrus said of Hemsworth. “So I just end up smoking weed and eating, and he has these weird genetics, where him and his brother are actually f–king superheros and they just eat. And I’m like, ‘Why am I getting so soft?’ And he’s like, ‘I’m feeding the cannons.’ And all of the sudden he just eats and eats and eats and he gets more ripped. It’s not fair! I wake up where I can’t open my eyes because I’ve had so much salt.”

Miley Cyrus went on The Howard Stern Show to talk about her new music, life, and her relationship with Liam Hemsworth. When Howard first asked Miley if that was her boyfriend she responded by saying “ish” and that she refers to him as her survival partner because if you pair up with someone it’s for survival. Kinda weird but ok. I wanted to just move past this part to get to the juicy stuff but I had to mention that it was a little weird. I guess she’s not necessarily wrong? I don’t know but this lead into a conversation about him saying all of the animals during the wildfires in which Miley said Liam got tons of action for this. This is where my ears perked up. I mean duh… can you imagine Liam Hemsworth saving all of your animals? I bet you would give him tons of actions too.

Howard also asked Miley what kind of action happens when they’re apart in which she replied, “That’s what Facetime’s for, cybersex”. I love when celebrities get candid about their sex life because it’s one of those moments you say “stars… they’re just like us!” Sure this is probably an obvious answer and many celebrities have talked about having sex over Facetime before but I still love to hear Miley talk about her relationship with Liam. And I have to add that Miley Cyrus and Liam Hemsworth are one of hottest celebrity couples. Right up there with JLo and Arod. Just look at the both of them… 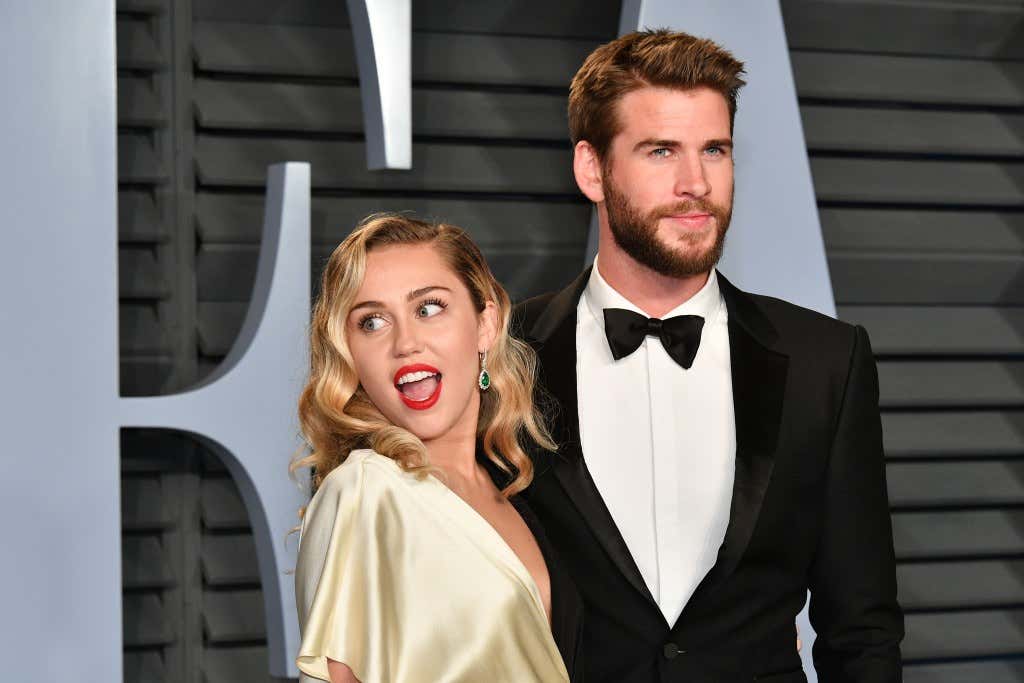 Beautiful. Thank god they got back together.