Source – Frank Clark declared, “Richard Sherman and his era is over here” after the Seahawks’ victory over Minnesota on Monday …

But I was even more intrigued by something else Clark said, an observation that cuts to the heart of what is becoming an increasingly prosperous Seahawks season. He spoke of the negative vibe that permeated Seattle’s locker room in the wake of their Super Bowl defeat to New England, maybe the most shocking and painful loss in NFL history (forget maybe; it was).

The bad karma, he said, hung in the air and never quite left.

“For so long, I feel like we’ve had this spirit over us – that Super Bowl lingering from 2015…I feel like for the longest (time) we had that cloud over us, like people wouldn’t get over it,’’ Clark said.

In many ways, this past offseason was a cleansing of that pervasive, unhealable wound. Whether by design or circumstance, many Seahawk holdovers from the emotional gut-punch of a defeat departed the team – most notably Sherman, who held on most bitterly to the Patriots loss. Sherman never seemed to forgive the coaching staff for the play call at the end. …

Just how far these Seahawks are equipped to go this year remains to be seen. But it seems to be a major step forward, for this year and beyond, that the lingering cloud from Super Bowl XLIX is finally lifting.

My first response to this, in a photo essay: 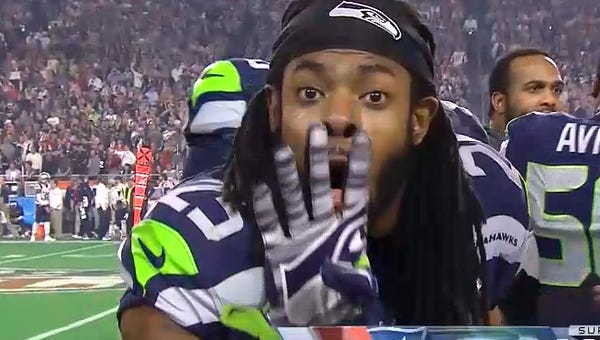 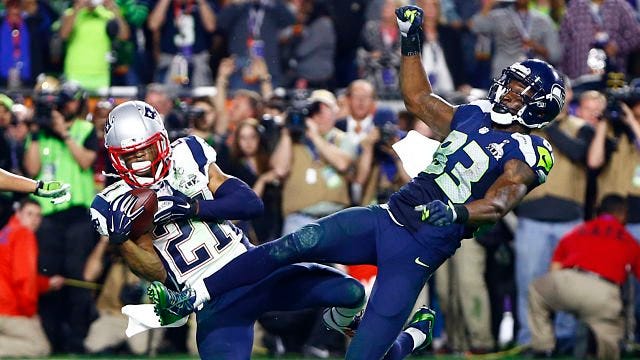 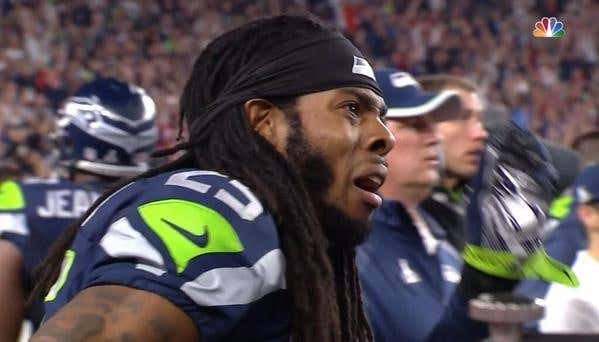 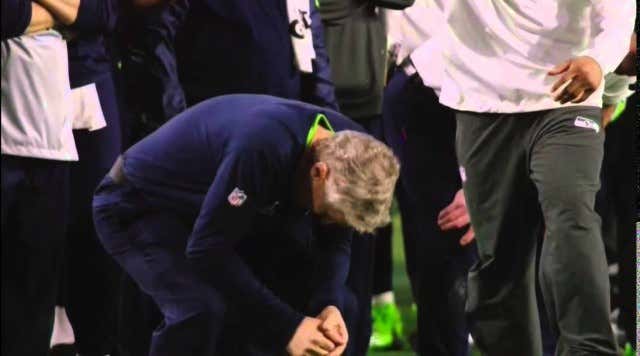 I respect Frank Clark here for his … for lack of a better word … frankness. It takes a real man to admit that he and his teammates are still suffering the effects of losing, almost four full years later.

When I go to book signings and talk to Patriots fans, every so often I get the question of which of the Five Rings means the most. And my answer is always that while the first one will always be special and unique for the way it flipped the fortunes of the team 180 degrees from the worst franchise in sports to the standard by which they are judged, that win over the Seahawks ultimately made the greatest statement.

If the Pats never went to another Super Bowl after 2001, that win over the Rams would’ve always held up as a once-in-a-lifetime, lightning strike that wouldn’t diminish over time. But XLIX had history riding on it. It was a clash of two dynasties, one on the decline and the other ascending. The Pats of 2014 were seen as an old European power on the way out, like Austria-Hungary before World War I, about to be wiped out by a redrawn map. Seattle was coming off a total annihilation of Peyton Manning’s Broncos, having held the most prolific offense in NFL history to eight meaningless points in the Super Bowl before. There was no question that if the Seahawks had won, they’d be the next great NFL franchise, taking their place among the elite few that have ever won back-to-back in the Super Bowl era. And the Patriots would’ve been 3-3 in Super Bowls, 10 years removed from their last title and seven years into having to listen to “they haven’t won since Spygate.”

So yeah, the stakes were enormous. So it’s no wonder the survivors would spend the next four years stumbling around in a fugue state, still traumatized and resenting the coaching staff for getting outwitted by superior intellects in the final moments. It’s the normal, human reaction. And it’s what happened to the 2001 Rams, the 2003 Panthers, the 2004 Eagles and, as far as we can tell so far, the 2016 Falcons. When the Patriots beat teams in the Super Bowl, they stay beaten. Sometimes for a decade (congrats, Philly), sometimes permanently.

Personally I hope the premise of this article is right and the Seahawks are finally shaking off the loss and getting their shit back together because I like they way they play and a rematch would be great. It’s just that blowing your shot at being the next NFL dynasty probably takes a lot more than four years to recover from.