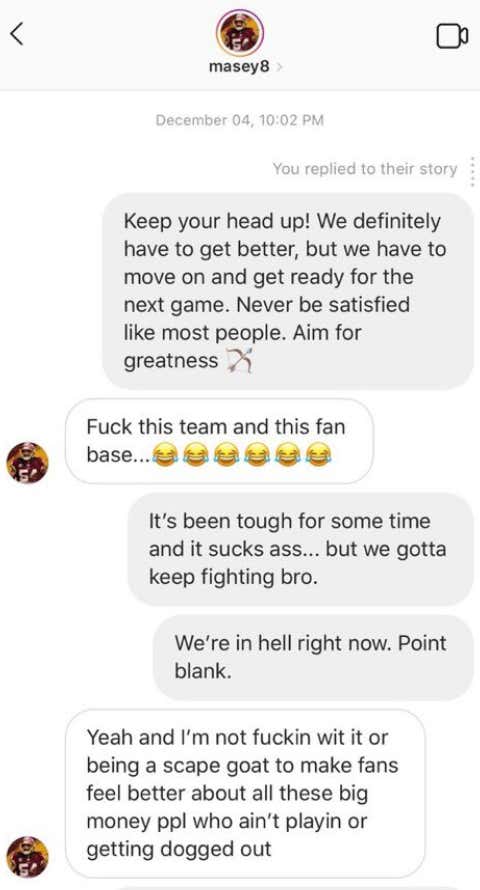 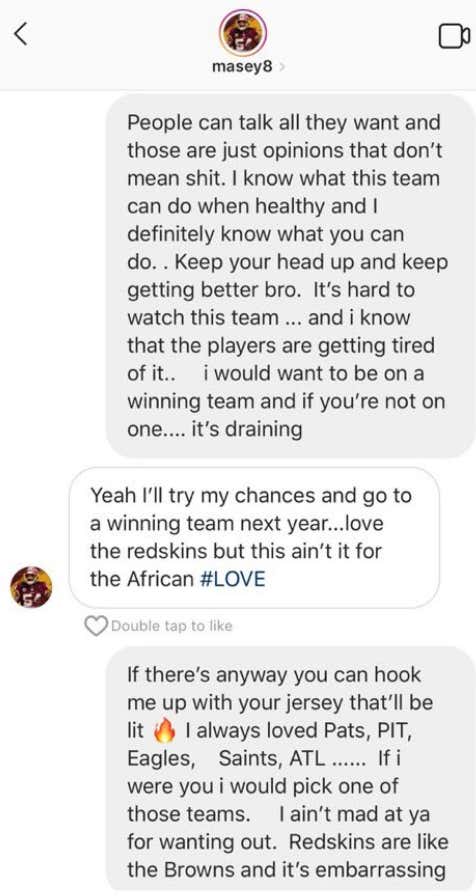 So my first instinct is HEY MASON FOSTER, SHUT THE FUCKKKK UPPPP AND GET THE FUCKKKKKK OUTTTTT. Don’t say “fuck this fan base” about Redskins fans EVER. We have been through too much with this fucking owner to be told to fuck off by anyone. The fact literally any Skins fans still go to games is a miracle. Dan Snyder has systematically destroyed fandom for Skins fans over the last 2 decades, but yet we still care. We still cheer. We (well I don’t) still buy merch. It’s nuts. It’d be like buying a house while it’s currently on fire and having the real estate broker blame you for the blames. So don’t come at me or the Skins fans for anything, Mason Foster.

Oh and you think you’re a scape goat? Well then don’t stand out there tap dancing

So go ahead, take you chances “going to a winning team next year”. Ever think it’s your shitty attitude, not the fans, that stops you from being as good as you can be? Keep blaming everyone else for your problems, I’m sure that’s what top level linebackers and football players do.

Playing for the Skins sounds absolutely awful. From the top down it is a shit show circus, year after year after year. The Skins cannot get out of their own way. Snyder and Bruce Allen make this team living hell to play for and cheer for. And now we have players turning on the fans for being sick of all the BS. That’s not how this works at all. Great players make everyone around them better. Mason Foster blames everyone around him for being bad. We’ll see how that works out for him.

As far as the Skins though, just another day. Just a blip on the radar in the grand scheme of things. We used to be a glorious, proud franchise. And now we are this. Fuck Dan Snyder.