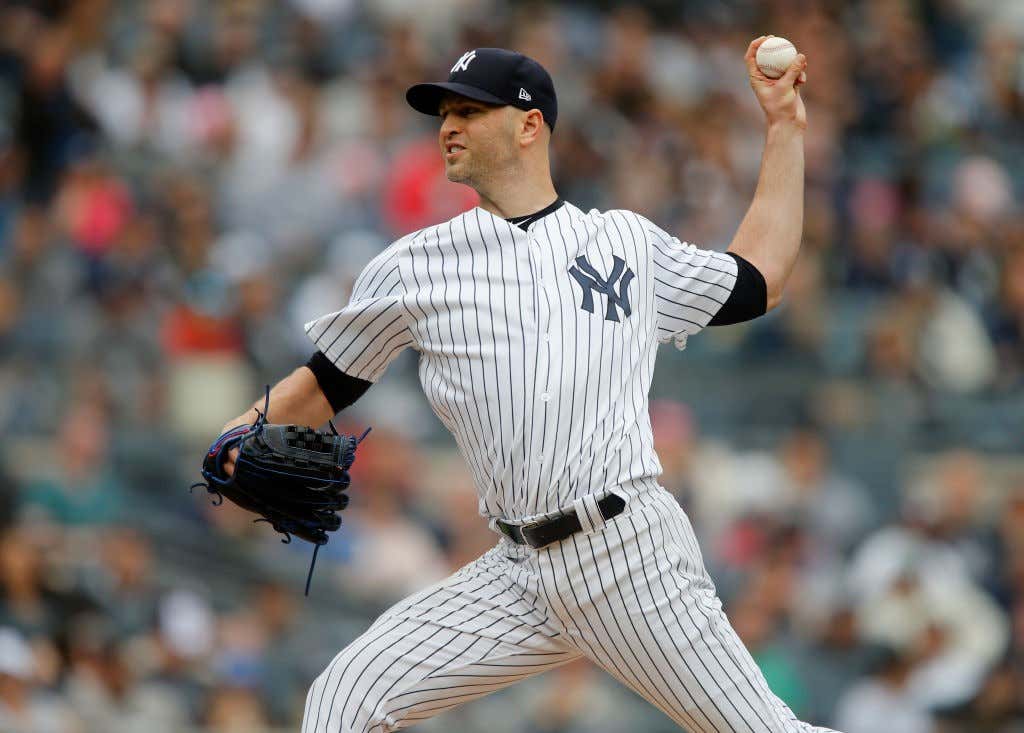 I like J.A. Happ and there is absolutely nothing wrong with the Yankees bringing him back here. He without question showed last year in the second half that he can pitch in New York and be very productive. He’s not an ace by any means. He’s not a number two. He’s a pretty solid three, and that certainly brings value to this team. Obviously bringing back Happ gives the Yankees five starters going into 2019: Severino-Paxton-Tanaka-Happ-Sabathia. Honestly that’s a pretty good starting five, and it’s vastly better than what they worked with in the beginning of 2018. That starting five included Sonny Gray and Domingo German, once Montgomery went down with Tommy John. You are upgrading Gray and German with Paxton and Happ. When you look at it that way, the 2019 New York Yankees are way better than the team that just won 100 games. Those are simply facts.

What Happ brings to the rotation is stability. Over the last five years, only 16 pitchers have made 25+ starts in each season, Happ is one of them. In that time frame, he’s one of nine arms who posted an ERA+ of 110 or better. In 11 starts with the Yankees last year during the regular season Happ went 7-0 with an ERA of 2.69. In only two of those starts did Happ not record an out in the 6th inning. So what he brings to the table is consistency, durability, and productivity. We’re bringing that guy back for two years and a third year option. I’m on board with that deal 100%.

Obviously my one gripe here is that I wish we made a deal with Cleveland on top of this signing. I never really thought Syndergaard was going to happen. It never made sense that the Mets would do that, a few years removed from refusing to surrender Lucas Duda. Cleveland, however, looking to deal one of their arms made sense to me. Send over Andujar and a few others and bringing over Bauer or Kluber would really have improved this rotation. It’s possible they’re still pursuing another deal like this, but then what do you do with CC? Who knows. If we’re talking about a rotation with Sevy, Kluber, Paxton, Tanaka, and Happ then we’re really cooking with gas. CC is fine, and I said I didn’t mind bringing him back for one more year for his clubhouse leadership, but there are no certainties his knee holds up for another full season at the age of 38 (he just had another surgery). Being a Yankees fan by trade I always want more. I don’t want to take away from this signing because I think it’s a good one, but there will always be that “what if” question in terms of the Cleveland splash. To be fair, they could always make a deadline deal in the summer and get that ace if they feel they need one.

Bottom line, using addition by subtraction this team is way better already simply by letting Sonny Gray fly off into the sun. We won’t see that guy again unless he’s on the opposing rubber. By not having to start Domingo German 15 times this team got better. Now Cashman can set his sights on something bigger: Manuel Arturo Machado. Push in all your chips and bring Manny to New York. Do what you must, but get it done. Have Manny play short while Didi is out, if Miggy is still here put him at 3rd and then DH him when Didi comes back and have Giancarlo actually play the field. Boom, problem solved. Cashman referred to this team as a ‘fully operational death star’ today. That quote made my balls tingle a little. Is it a little funny he drops that line after signing J.A. Happ? Yeah, but I’m rolling with it. Personally I would have saved that quote for after Machado, but that’s me. Now before you say it, I will. The Death Star gets blown up in the Star Wars movies, I know. Well, you know what? Our Death Star is better. It’s going to destroy everything in its path….I pray.

I will say this: if Luis Severino doesn’t return back to his ace form then this team is in trouble regardless who they get. 2019 doesn’t really matter about anyone else in my mind. Severino is the key. He always has been. It’s always been him. If the Yankees are going to win a World Series championship Severino has to be pitching his balls off in October and leading the way. There needs to be fear in the opponents eyes when they see Severino on the hill. That needs to come back, one way or the other, otherwise we’re fucked. This rotation heading into 2019 is a very good one, and it definitely can get better, but Sevy has to show up.