So Kendall Jenner was at the British Fashion Awards last night. I’m assuming because Kris held a gun to her head and told her she had to go, but that’s neither here nor there. After the show she was spotted waiting in line at a local McDonalds. Which is apparently a huge deal because the number of media outlets covering her ordering a Big Mac rivals that of any other story on the internet.

And those are just the first ones I came across. I guess the reason I’m blogging this is because I can’t get over the fact that every. single. thing. the Kardashian/Jenner clan does is covered in the media. And I know I’m not breaking news, but it never ceases to amaze me. These people can’t take a piss without someone writing about it. I’m well aware that ninety percent of the stuff out there is planted by Kris, but still. They run the news.

The other reason I’m writing this blog is because Kendall Jenner is by FAR the most attractive Kardashian and it’s not even close. Everyone has their favorites, but no one can compete with this.

She’s the kind of hot that when she walks into a room everyone stops what they’re doing and stares. Even the cashier at McDonalds had a tough time staying focused.

Ninety-nine percent of the world goes into McDonalds a disheveled drunken mess. Not Kendall Jenner. She walks in looking like a God damn snack from head to toe. I know that people are going to disagree with me and that’s fine. Kendall Jenner is the GOAT. End of story.

PS: This is what she wore last night. 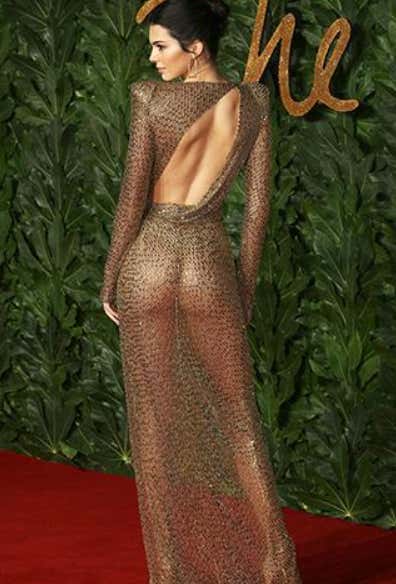