Someone get that guy a beer and an application for Sainthood because simply watching that happen on video makes me sick to my stomach. Having a perfect game snatched from your record as the entire bowling alley watches on because of one piece of shit pin had an extra dumpy ass would cause almost any mortal man to lose his shit and go viral with an epic meltdown. Anything is on the table there. Punching people, denouncing God, running down the lane and breaking the pin over your knee like Albert Belle, or burning down the entire bowling alley with everyone inside. That guy pretty much had a hall pass to do whatever he wanted and no jury would have convicted him. Instead he just smiled after having immortality ripped out of his hands, which is good because the people watching clearly had no idea how to react. 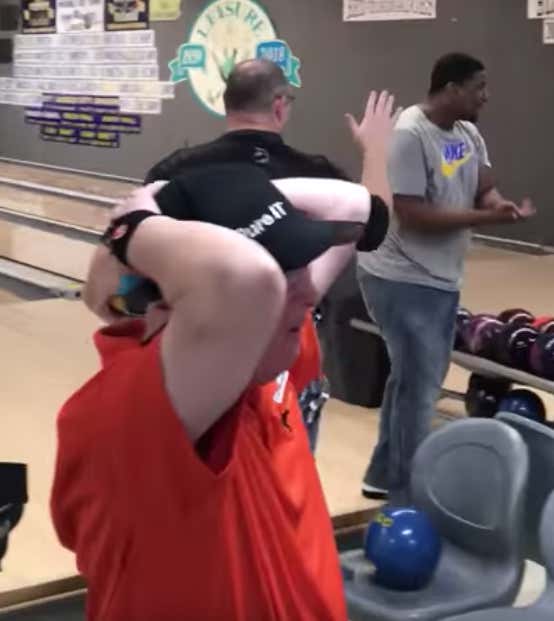 The guy with the best hair in the joint had the nerve to go up close and person and try to ease his pain with an old fashioned handshake. 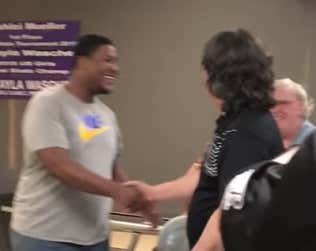 And this guy? I don’t think he knows or cares what happened. He’s just happy to be alive. 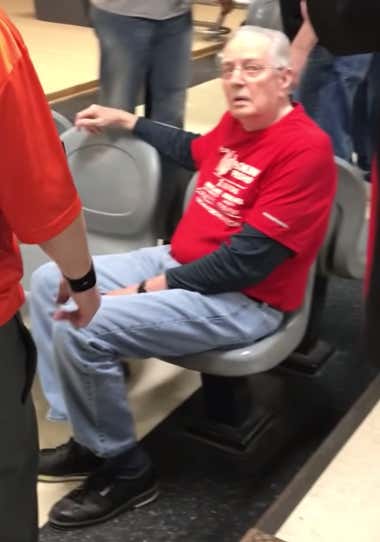 Me personally? I would have silently sat there shaking my head. Anytime my team loses a heartbreaking game, I don’t want anybody to talk to me for at least 10 minutes as I process what just happened. I couldn’t imagine losing a 300 in Wii Bowling back in the day let alone in real life with the entire bowling alley watching. Which is why I would have given this guy his time to decompress while also looking for the exit in case he actually did try to burn down the building.

For the record, I am staying woke on this entire thing after yesterday’s Gay Pat Lion video controversy and saying this could have all been a set up. That reaction was almost too calm, that pin moved like a dummy pin from Spencer’s Gifts would, and the scoreboard before the last throw had Mr. 299 at 0 before that last throw (which could be the case for all perfect games since I have never come CLOSE to a 300). 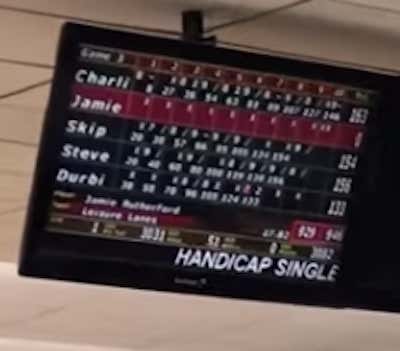 Or the guy that threw 11.999999999999 strikes in that game is the calmest, coolest motherfucker on the planet that has alligator blood pumping through his veins or has seen some SERIOUS shit in his life.

P.S. Put this tweet in the Spinzone Hall of Fame