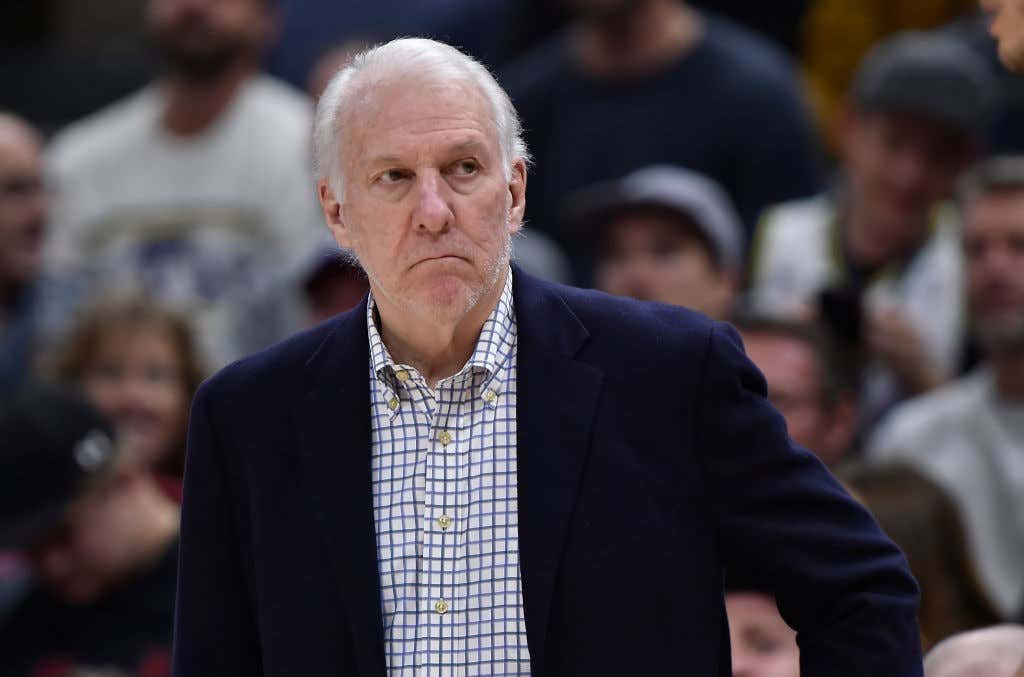 Hello everybody and welcome back to another edition of Last Night In The NBA where we bring you up to speed on everything that went down from the night before in the Association. Sadly after the huge night we had on Monday night, last night gave us only 3 games and unfortunately 2 of them weren’t all that close. Hate when the NBA schedule breaks down like this, but what can ya do. I guess we’ll all have to work a little earlier than we thought today. Anyway, if you were busy and couldn’t watch the action that’s OK, here’s what happened

Boyyyyy did the Rockets need that win folks. Finally over .500 at home this was a much more balanced attack from the Rockets with 7 players in double figures, and as a Rockets fans you have to love that not only did they put up 111 while only going 9-29 from deep, but they actually played defense! As you expect James Harden led the way with 29 points on 10-21 shooting

and they got the 15th triple double of CP3’s career

and then 37 off the bench which is exactly what the doctor ordered. When the Rockets play like this they look so much more like the team we all thought they would be, especially when they only turn it over 7 times and actually get stops. Down 3 at the half, they scored 60 over the final two quarters, so maybe the idea of just starting their 5 best players instead of having Gordon off the bench is what this team has to do for a while until they figure things out. This win snapped a 3 game losing streak and with the Lakers on deck it was very much needed.

For POR, for as strong as they’ve been all season, they still struggle on the road. Now 5-8 on the year, they got all they could from Dame/CJ who combined for 57 of the 104

and guys like Nurkic and Aminu chipped in with double doubles but the bench was a disaster. You can’t go on the road against a good team and only put up 13 point from your second unit. The Blazers are in a little bit of a funk right now as losers of 4 of their last 6, and this was one of those nights where if they just got any sort of help from their second unit, they probably win this game. They are not 8th in the West and it’s been a steady decline after their early success in the season. They have the second lowest point differential of any playoff team in the West right now, so the Blazers definitely need to be careful.

I don’t think the Suns are going to win again. I mean at this point you almost have to respect how bad they are. Nobody loses like PHX this season so at least they have that going for them. They finished with 20/28% splits and had 17 TOs which is pretty par for the course, and the starters didn’t play terribly outside of Josh Jackson who went 2-14

Ayton also had a nice 12/11/4 on 6-10 in his 31 minutes, and while this was a double digit lead at the break, things didn’t really get out of hand until that third quarter in which they only put up 18 points. Not one person is surprised by how this turned out so let’s keep it moving.

For SA, we have some history!

Congratulations Pop! By the end of this season we should see him comfortably in third place all time which is quite the accomplishment. Given this may be his worst Spurs team since before they got Duncan, you gotta celebrate the wins whenever they happen with this team. Player of the night has to be Bryn Forbes who came out firing and had a career night

and any time they can win by this much on a night when DeRozan only has 5 points in 26 minutes you take it. They shot the ball very well, with 49/62% splits and as up and down as they have been all season, they are 10-4 at home which is nice. They’ve now won 3 in a row and have the Clippers up next, so who knows maybe they are trying to turn a corner.

OK what the hell Clippers. Kawhi didn’t even play because of a sore hip, and you still are going to get destroyed like this? At home? Fuck you.

A complete performance from the entire roster, the Raptors jumped out to an early 13 point lead and that was it. As a team they shot 52/48% with 14 3PM and just 7 TOs, which is pretty damn hard to beat. The best bench in the league poured in 50 points which is ridiculous since it came on the road, and the Raptors are now a LEGIT 11-3 on away from home. For a team that had lost 3 of 4, they looked great and back to normal. Pretty annoying.

For LAC, this is not the team I was told is one of the best in the West. This looked like the old Clippers to me, and that was disappointing

At least we got some Boban domination, that always brings a smile to your face, but the 7-28 from deep and 16 TOs certainly doesn’t. This Clippers team is giving up 113 a night which is the highest among any playoff team in the West, and last night was a good example of what that’s going to be a problem.

And that’s it! You’re now all caught up on everything that went down last night in the NBA. We’re back tonight with 11 games thankfully and as always if you can’t watch them all just check back in the morning and I’ll bring you up to speed with what you missed.