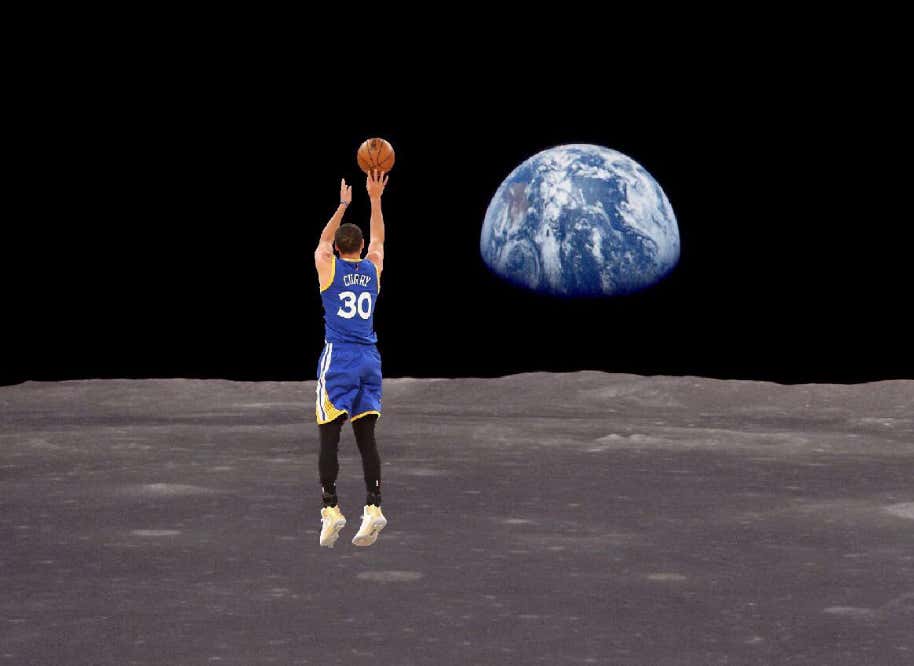 The Hill - NASA is offering to show Stephen Curry evidence that moon landings happened, after the Golden State Warriors star voiced doubts that a man ever stepped foot on the lunar surface.

“We’d love for Mr. Curry to tour the lunar lab at our Johnson Space Center in Houston, perhaps the next time the Warriors are in town to play the Rockets,” Allard Beutel, a NASA spokesman, told The New York Times on Monday.

“We have hundreds of pounds of moon rocks stored there, and the Apollo mission control. During his visit, he can see firsthand what we did 50 years ago, as well as what we’re doing now to go back to the moon in the coming years, but this time to stay.”

Steph Curry correctly doesn’t believe man walked on the moon and now NASA thinks the way to prove it is by inviting him to their little science lab? Oh ok NASA. That’s not how this works at all. You can’t go to NASA, the people who claim we walked on the moon, for evidence that we walked on the moon. That’d be like going into the Church of Scientology for proof that Xenu exists.

Like, no kidding NASA is going to claim they have “hundreds of pounds of moon rocks”. Coooooooooooool. I can go to the desert and pick up some rocks and call them “moon rocks” as well. It’s not that hard to do.

And the most telling part is NASA responded. If they were so confident in their story, they’d just call Steph Curry a wacko or completely ignore it, but nope, they have to uphold the lie. They have to try and stop the truth from getting out. NASA is trying to lure Curry into their Space Center and give him some brain washing potion until he believes their made up moon landing stories. Stay strong Steph. #NeverMoon