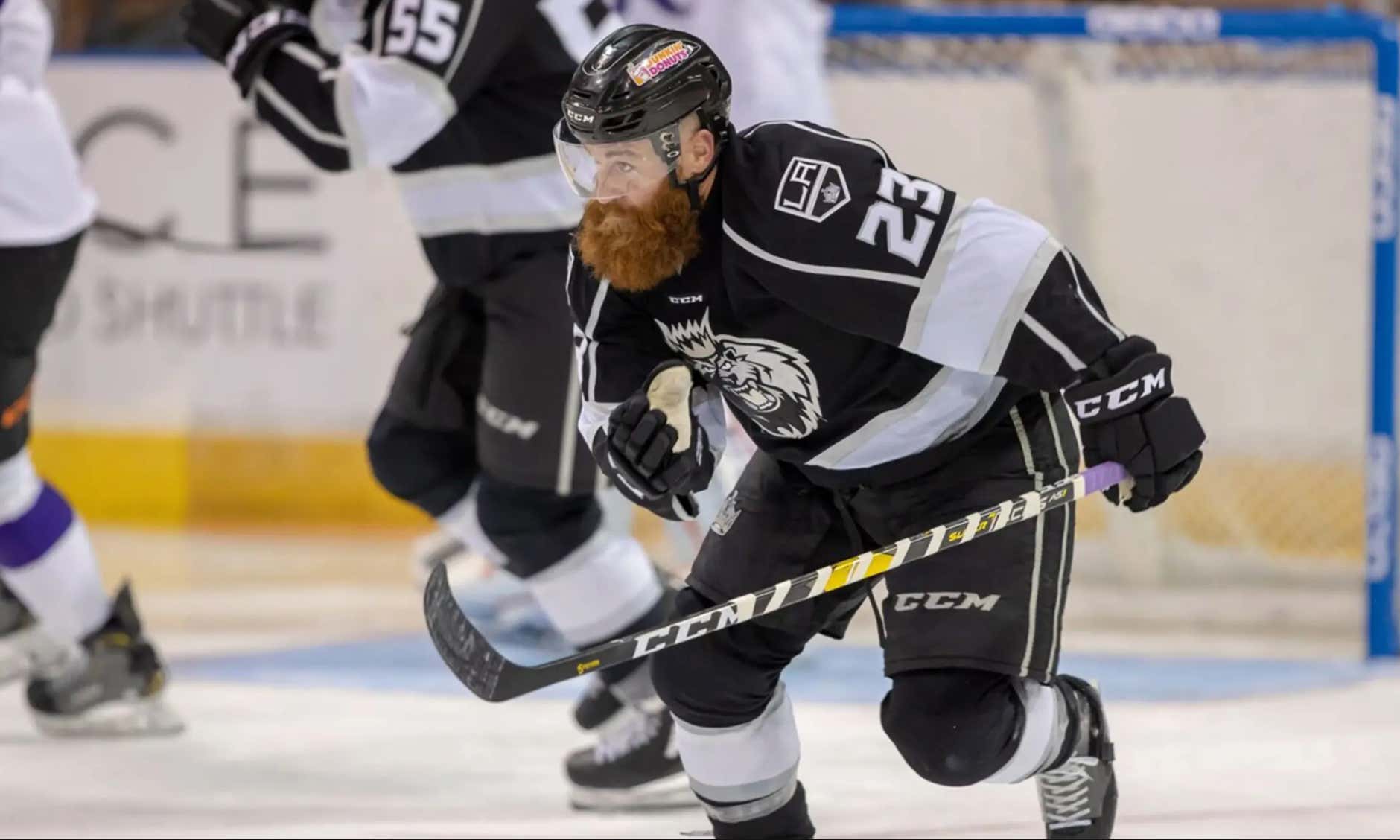 Saucerman, 26, has suited up in 22 games this season between the Manchester Monarchs and the Idaho Steelheads, totaling 12 points (4-8-12). He has also played in 17 career AHL games, picking up five points (0-5-5). Prior the turning pro, the Colorado Springs, CO native played four seasons at Northeastern University, collecting 64 points (20-44-64) in 140 games.

Holy fuck. There are definitely a few things in my life that I wish could have gone a little differently. And the fact that it has taken me until December 11, 2018 to learn that Colton Saucerman exists is definitely one of those things. I mean jesus christ it doesn’t get any more perfect than this guy right here. The name. The beard. The fact that he’s now playing on his 8th different team since the 2016-17 season. Colton Saucerman is the epitome of a hockey guy. He’s everything you’d ever want to see out of an all time throwback beaut. Just look at this guy from his days at Northeastern. 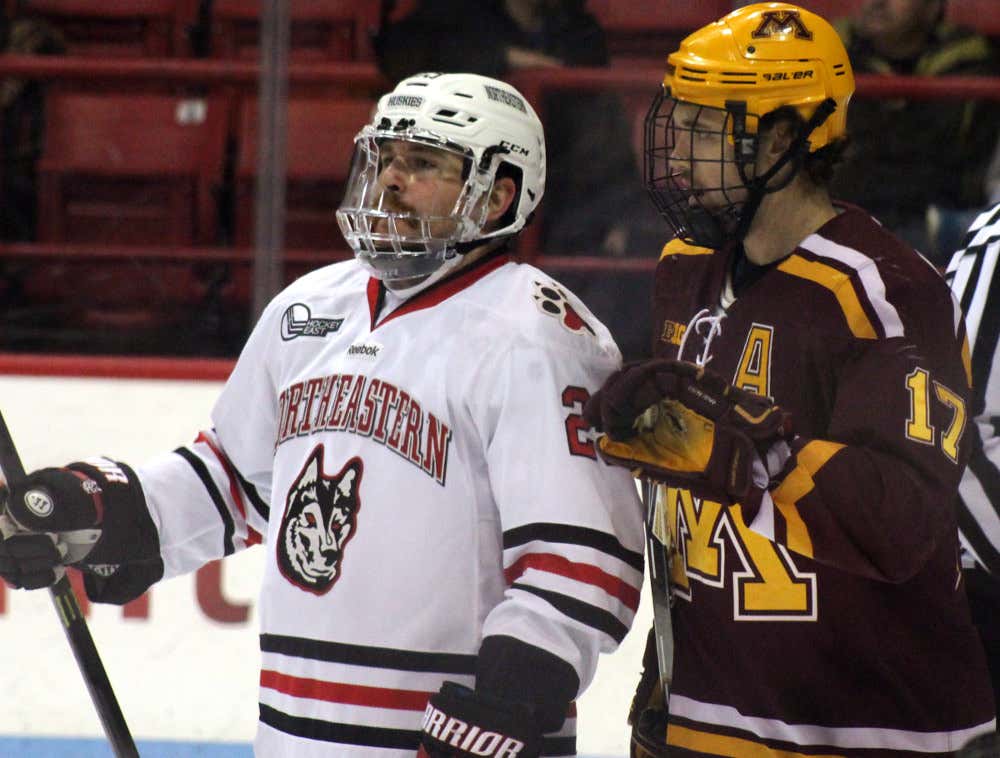 That, my friends, is a certified weapon. The barrel on this man is what legends are made out of. Without exaggerating, I think I could legitimately kill at least 50-55 minutes just by scrolling through his Google images. 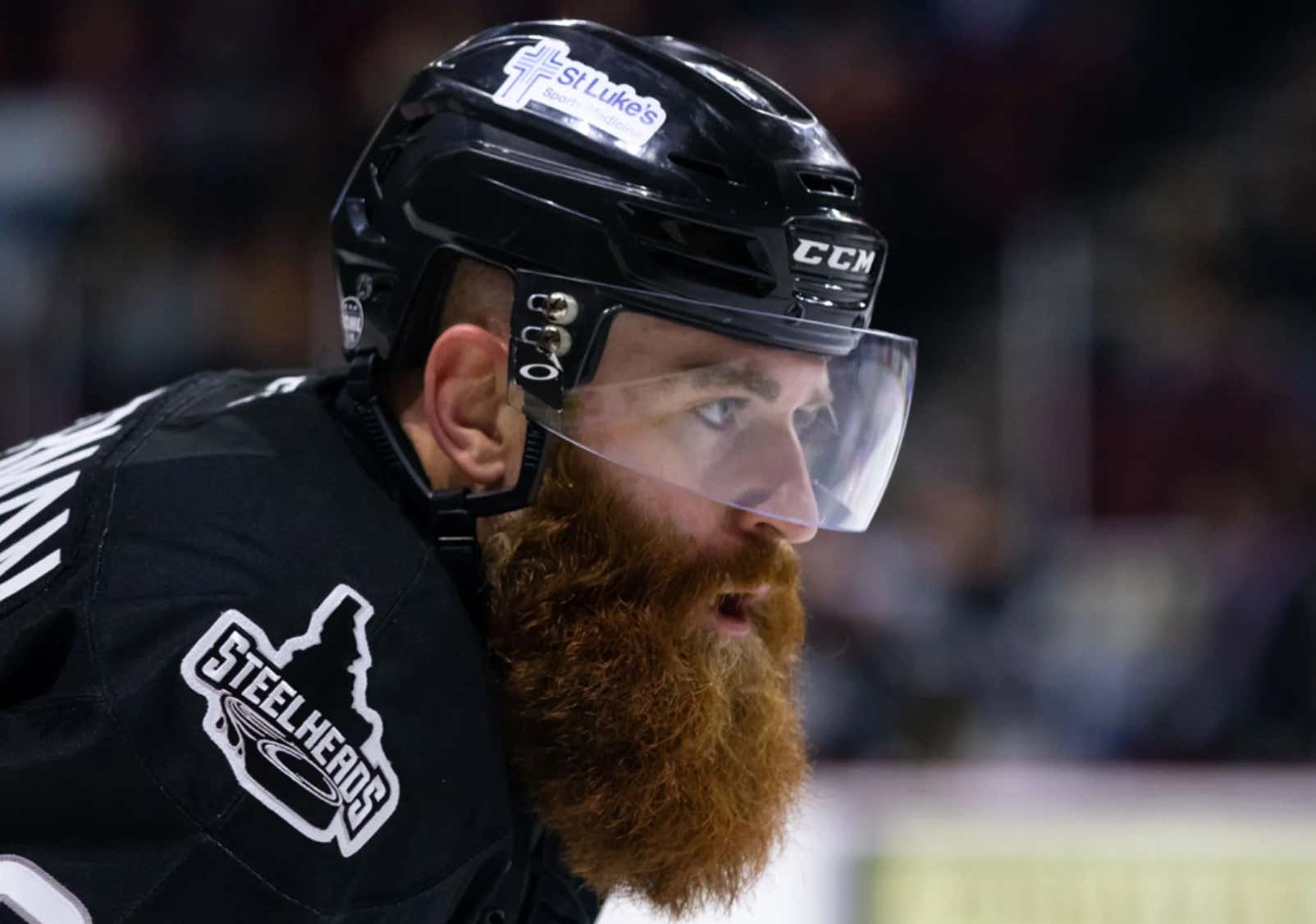 A guy named Colton Saucerman with a beard like that is straight out of the script of a hockey movie. The big bad bully on the rival team who puts guys through the glass and spits his dip directly onto the ice and/or on the guy who he just bundled. I’m saying if they ever decide to make a GOON 3, the Saucer Man better get a cameo in that flick. Here’s to hoping that the Vancouver Canucks need somebody to protect wittle Elias Pettersson out there and they eventually call up Saucerman to the NHL. That name and beard deserve to make an appearance in the show. He’s got some hands on him, too.

P.S. – Colton Saucerman is a month younger to me. I don’t know what went wrong with my genetics but the Saucer Man is roughly 7638 times more of a man than I’ll ever be. I just started being able to grow facial hair the other week.