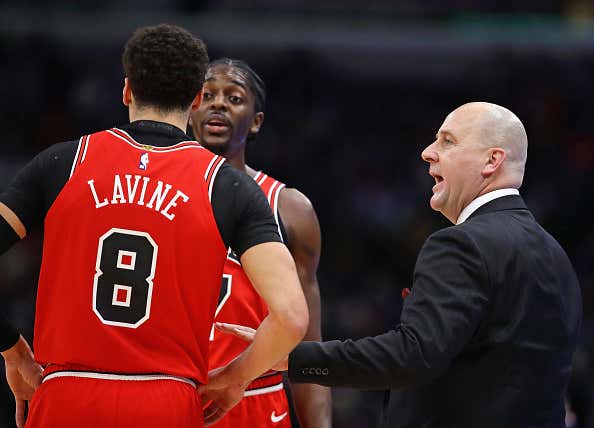 [Yahoo] – When Boylen arrived Sunday, the players stood and told Boylen they weren’t practicing, sources said, with the sides meeting to express their issues. Zach LaVine and Justin Holiday were the most vocal, sources said.

Boylen repeatedly referenced his days on the San Antonio Spurs staff and instances in which coach Gregg Popovich pulled all five players off the floor to send a message, sources said.

A player responded, sources said, telling Boylen in essence that they aren’t the Spurs and, more importantly, he isn’t Popovich.

I love this stupid league so much. I mean think about it. You’re the interim coach. Let’s get the team fired up after the most embarrassing loss in franchise history. Let’s act like I’m Pop. Well, you’re going to be told essentially no.

But how about the self-awareness from the Bulls? Just straight up telling Boylen that they aren’t the Spurs. Were they talking about talent? Perhaps. Perhaps more just talking about the culture. But, I like to imagine them just being like well who in the hell in this room do you see as Tim Duncan, Jim? Just putting him on the spot.

Just a beautiful mutiny all around. I need more details to continue to be leaked out involving just how dumb this is, but I’m also very here for this lasting weeks.