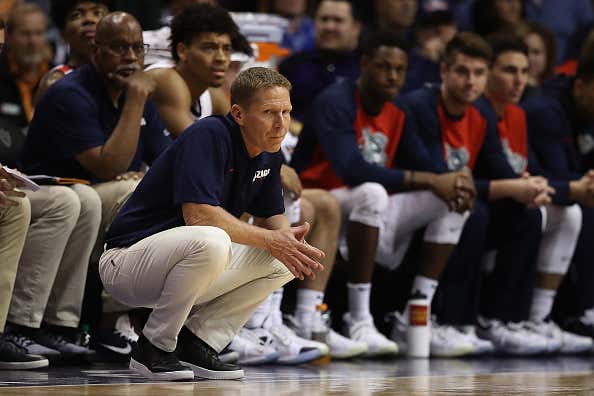 [Yahoo] – “I’m disappointed. I don’t think this is something the NCAA needs to take their time on,” he said. “There’s teams out here who are competing for Final Fours and national championships and they don’t need to stall this thing out. They need to make decisions and roll with it. I think that’s on Emmert. Emmert needs to step up and be a leader and make some quicker decisions.”

Hold on. I’m going to need a second to wipe the tears from my eyes. I’ve always liked Mark Few. But now? Well, now I love Mark Few. I’m in absolute love with this man who has been the head coach at Gonzaga but now importantly is the first head coach to publicly speak out about Mark Emmert and how he’s not a leader.

Listen, I don’t care about the sanctions. Personally? Don’t think there should be any because the NCAA’s outdated rules and definition of amateurism is the true dark underbelly of college sports opposed to kids and families getting some money to go play college. I just don’t care about people getting paid.

This is in reference though to Emmert saying the NCAA won’t have any ruling on teams until after the NCAA Tournament. Makes total sense. Let’s go through the NCAA Tournament and have some of these teams as national title contenders before we decide to say ‘oh no it didn’t happen, because we’re the NCAA.’