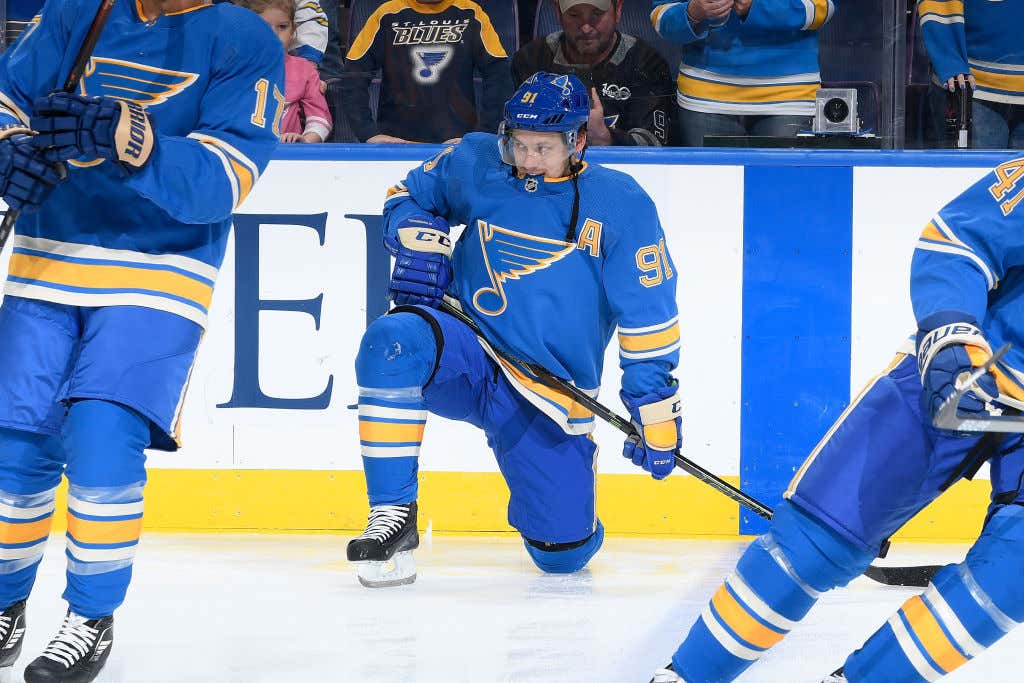 Heading into the season, I think everybody expected a team like the Ottawa Senators to be the biggest shit show in the league. And when that whole Uber video thing got leaked, it was pretty safe to assume that those people were right. However, there is another organization who have been slowly climbing up the ranks in terms of shit shows, and that team is the St. Louis Blues. So far this season, they have already fired their coach Mike Yeo, are sitting in 29th place in the league, and are 6-8-2 at home. Last night was another brutal loss for the Blues at home when they got dick slapped by the Canucks 6-1 with Brock Boeser scoring a hat trick and Elias Pettersson having his 2nd 5-point game of the season (not a big deal). After the game, Vlad Tarasenko at least had the common decency to apologize to the fans for the team being so shitty.

But while Tarasenko apologized on behalf of the entire team, it seems as if there’s a little civil war brewing in the locker room causing a divide. Because this quote sure as shit doesn’t make it sound like the St. Louis Blues are all on the same page here.

You’ve got Alexander Steen calling out the commitment of some guys on the team. You have Brayden Schenn who sounds like he’s probably a little fed up with Steen questioning other’s commitment if he isn’t really showing up himself (6 goals and 11 points in 20 games), and things are starting to get a little petty in St. Louis. But don’t worry, though. This isn’t the NBA. Guys aren’t just going to give some passive aggressive quotes to the media and let that be the end of it. Let’s check in on how practice today went in St. Louis to see how these guys are handling their issues, shall we?

That is a broken locker room right there. And I don’t think there’s necessarily an easy exit strategy for St. Louis in terms of trying to break up the team. Obviously they’re going to want to build around guys like Tarasenko, O’Reilly and Schenn. But Steen is 34 and he’s still under contract for 2 more years at $5.75M, tough contract to move. David Perron still has 3 more years left on his deal and he’s 30. Jake Allen is…well…pretty bad.  They don’t have a 1st round pick in the upcoming draft because they traded that away to Buffalo in the O’Reilly deal (pretty sure they can keep the pick if it’s a top 10 pick but then the 2020 goes to Buffalo instead, which could be equally as high).

There are very few fan bases who I wouldn’t want to trade places with right now as a Flyers fan. But the St. Louis Blues are one of them. And that should tell you something.