Maybe I’m just a selfish asshole but I’d say unless you’re the one graduating, the diploma ceremonies are usually something to dread…

Packed gymnasiums with no air flow, crammed rows of folding chairs, long speeches, crying babies, grumpy grandpas, crazy bathroom lines, & endless waits to hear a professor call the one name you know out of hundreds. And then back to more speeches & waiting.

At my own the only thing I remember is being really hungry & former All-Star Yankees’ baseman Constantino Martinez getting an honorary doctorate & going full Proud Dad on his daughter who was graduating in the same class. Lovely, but still nothing mind-blowing or exciting.

So it must have been pretty amazing to be at the FIU ceremony where a student brought the crowd to their feet simply by standing on his own:

A Florida International University student graduated Sunday, walking across the stage for his diploma despite having suffered a debilitating spinal injury years earlier.

Aldo Amenta, an international student from Venezuela, was seriously injured in 2015 in a diving accident at a pool. Amenta, who normally uses a wheelchair, used a exoskeleton to retrieve his diploma.

Amenta said his brief walk took many hours of practice with the exoskeleton, but he said all the hard work was worth it. Amenta graduated with a bachelor’s degree in electrical engineering. He plans to continue his studies with a master’s degree.

Because of the accident, Amenta considered dropping out of FIU but a university scholarship — FIU’s Ignite Campaign — allowed him to complete his studies and continue his treatments.

“It was an amazing experience. I feel really honored and proud to have been able to walk across the stage and I feel, I don’t know, overwhelmed by everything. I’m really happy.”

Safe to say it not only took a lot of work but a lot of guts to get up in front of everyone & do that, and it’s exciting to see the technology behind these exoskeletons advancing.

Able to sense the shifting of weight, some of these devices are able to kick small sensors & motors into gear that move legs into a natural walk. Since 2014 several have been approved by the FDA & they’re only getting better. This is a huge stride of hope for those who have suffered life changing injuries from athletes to our military members to every day people who want to get some semblance of their old life back.

They’re also hugely beneficial to the health of people who are wheelchair-bound. Via CBS News:

Those who are paralyzed suffer from a host of dangerous side effects that come from being in a wheelchair. One of the most common are pressure soars, where the skin can become infected because of the constant squeeze on the same area – the very condition that contributed to the death of “Superman” actor Christopher Reeve.

Looking forward to seeing how these machines continue to develop & better peoples’ lives and congrats to Aldo Amenta. 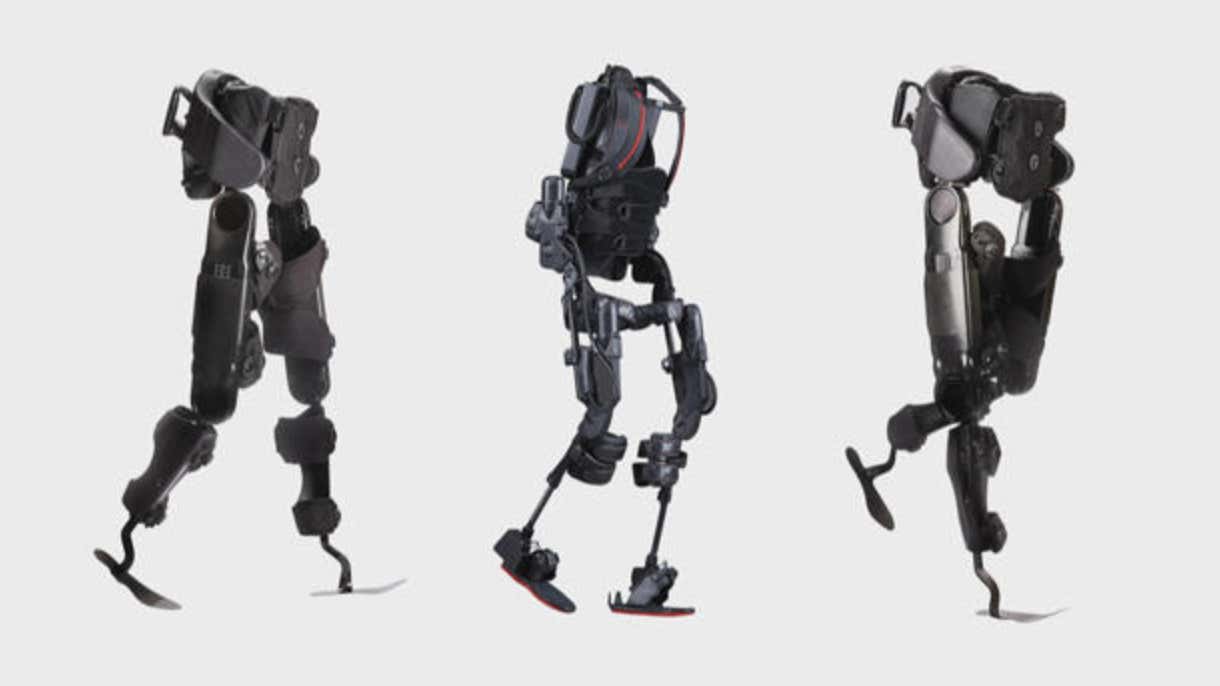