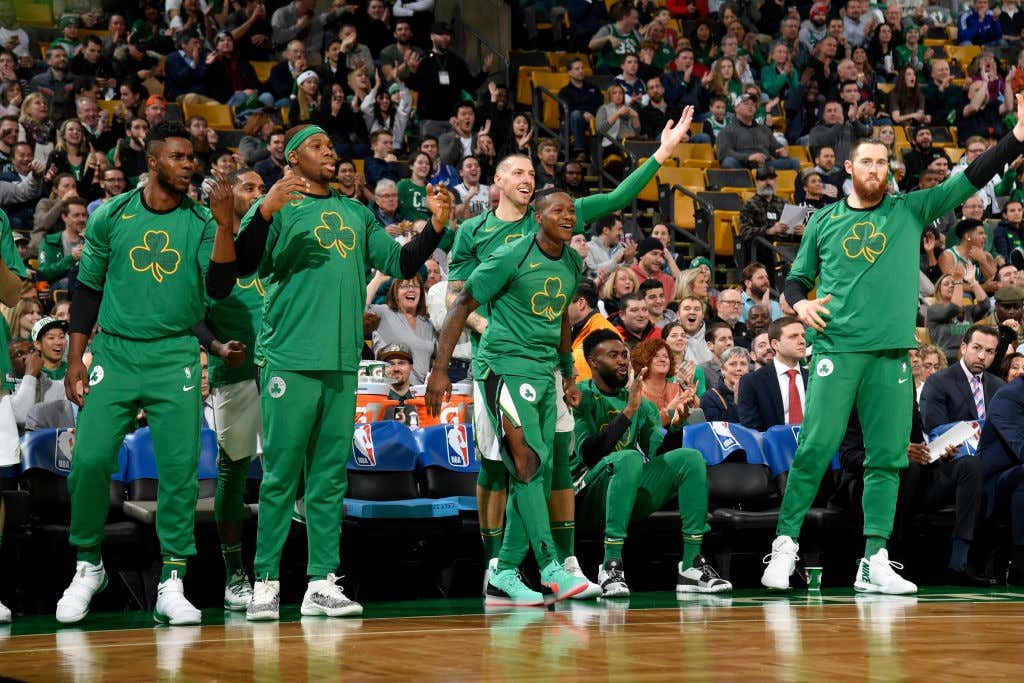 Alright it’s Monday which means it’s time to check in on my favorite plays from the last week. This blog will cover 12/3-12/9 which means we have two games to choose from, the win over NYK and CHI. Seeing as how the Celtics combined to score 261 points over those two games you can imagine there was a good amount of plays to choose from. As always these were just my personal favorites and I’m for sure going to leave some out, but if I had to rank my Top 5, this is where I ended up

Look at Marcus going all Kyrie here! There’s no denying that Smart has become a different player since being inserted into the starting lineup, but plays like these are a great reminder that aside from being a great passer and elite defender, Marcus is also an incredible athlete. I loved how he saw the defender coming and baited him beautifully with the right only to finish with the left. That’s some shit we usually only see Kyrie do around the rim, so kudos to Smart for pulling it off.

Daniel Theis rules for a lot of reasons. His defense, his relentlessness on the offensive glass, his ability to stretch the floor and make threes, but how about him getting the ball at the top of the arc, putting it on the floor and finishing strong at the rim? Not bad for a guy who is like the 10th man on this roster if you ask me. He realized there was no chance that flat footed Robin Lopez was going to be able to stay in front of him, and I give him all the credit in the world for not traveling here. We see Celtics players do that shit all the time. Love me some Daniel Theis and this play was a big reason why.

OK maybe this is cheating because this is two plays, but they are both so beautiful I had to include both. I just love everything about this play, from the timing, to the pass, to the screens, to how goddamn open the big is every single time. No surprise Smart was the one to throw the lob in both scenarios as he’s the only member of this team that can consistently throw them, and you bet your ass you’re going to see this play again and again anytime the Celts are in a big spot. They run this thing to perfection.

You know what make sit move? Jaylen in transition finishing in the open court. I’m not sure how you don’t love watching this athletic monster do his thing on the break, and seeing as how this was a combination of Jaylen’s good defense and then a strong finish and not some weak ass layup he definitely would have missed, it brought a smile to my face. Everyone knows the easiest way to get Jaylen going is to get him open in transition and let him just dunk on people, and this tells me he’s feeling no side effects of that tailbone injury.

The number 1 thing every Celtics fan wants to see when it comes to Jaylen Brown has to be an improved handle. To me, it’s the one glaring hole in his offensive game right now. So yeah, even though this was against a joke of a defense, I’m all for Jaylen not only having the confidence to pull off a move like this, but also actually finish the play. As we’re seeing this eurostep is becoming a real weapon for him, and it’s nice to know he can bust it out in a variety of different situations. More importantly, he attacked and didn’t settle which should make everyone happy.

Honorable mention: Tatum’s corner stepback that didn’t move the net, Hayward’s passing off the dribble, Jaylen’s And1 on his first basket back from injury, ball movement vs NYK on Rozier’s three

So that’s my list. Thankfully we have 4 games to choose from this week so next Monday should have a lot more variety. Did you love something that I didn’t include? Let me know.