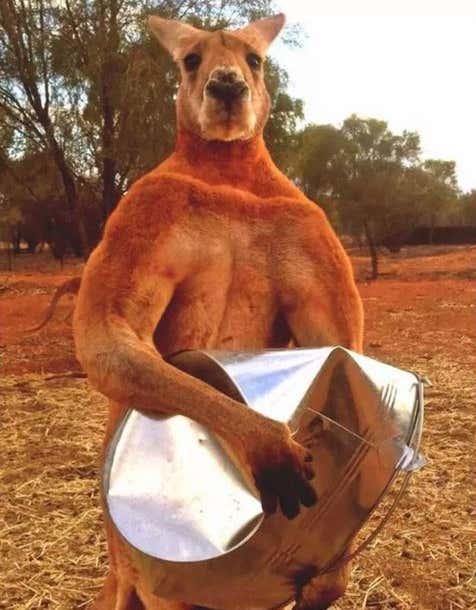 ABC- Roger the ripped kangaroo, who sprang to fame when he crushed a metal bucket between his paws with a physique that’s made many humans jealous, has died at a Northern Territory sanctuary. The much-loved alpha kangaroo had millions of fans when he died from natural causes aged 12 at The Kangaroo Sanctuary in Alice Springs. “We have lost our beautiful boy,” owner Chris Barns said. “He lived a lovely long life and was loved by millions around the world.”

As if the start of a new work week wasn’t tough enough, we have to mourn the loss of an internet legend. Roger the Ripped Kangaroo may have had the appearance of a meathead hardo whose first question to every person he meets was “Do you even lift, mate?”. But Roger had a heart of gold along with the ability to go viral long before people figured out the social media algorithms by using only his God given kangaroo might to pulverize that bucket. Sure Roger also had the ability to crush your skull then crush your girl. But he didn’t, most likely because kangaroos aren’t into cross-species mating. And even if they were, Roger wouldn’t have done that because he was a good lad that enjoyed living the life of an alpha at an Aussie sanctuary, which is pretty much the best life possible for a kangaroo. Nonetheless, the world and the world wide web lost a real one. RIP In Peace, Roger. The pictures of you looking like The Mountain of Marsupials floating around the series of tubes known as The Internet will ensure your memory lives on forever. 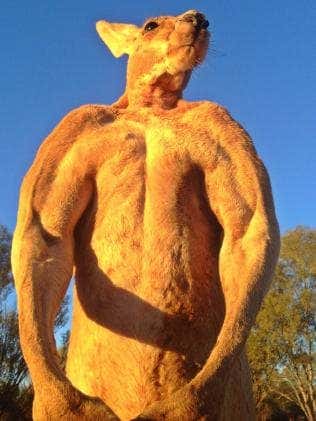 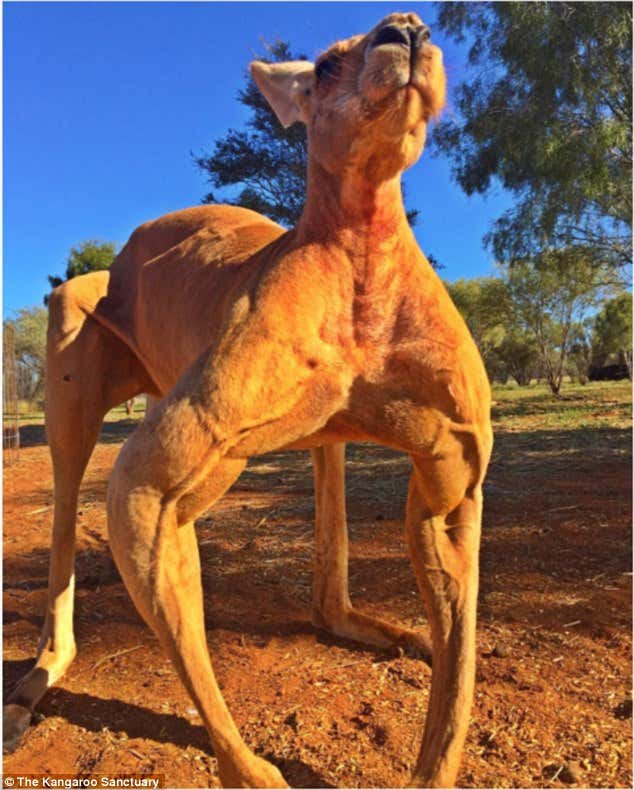