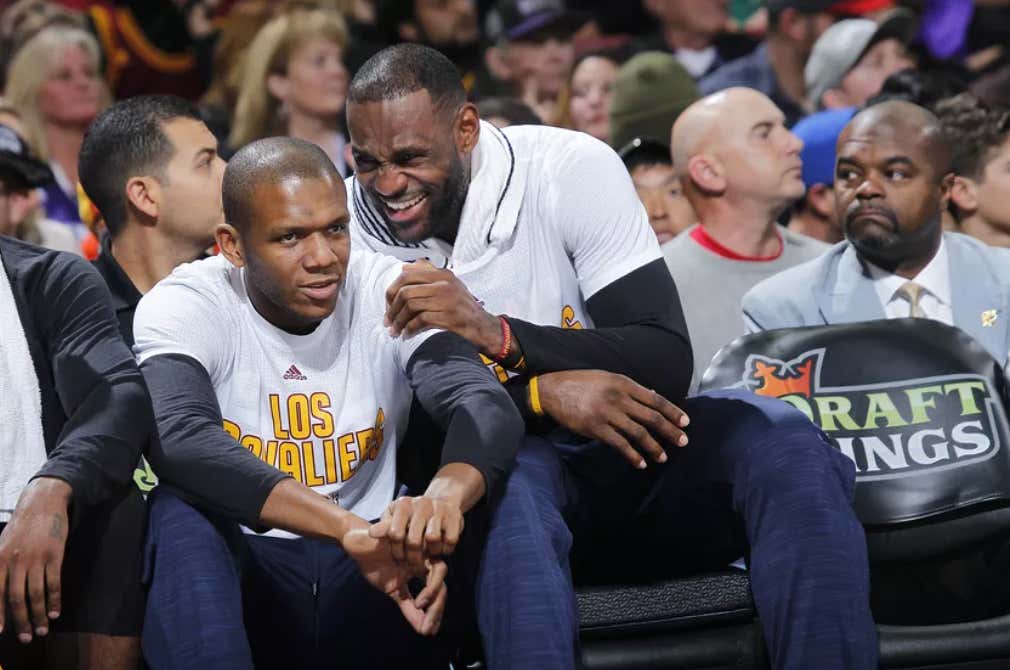 The teams have been working to reach an agreement with a third team that would take on Lakers guard Kentavious Caldwell-Pope as part of a potentially larger deal, league sources said.

The Suns want to land a playmaking guard and a draft asset as the price of unloading Ariza, sources said. Phoenix and Los Angeles have made progress in third-team scenarios, although no agreements are close and both teams remain active in multiple trade discussions throughout the league, sources said.

No trade can be completed officially until Saturday, when players like Ariza, who were signed in summer free agency, become eligible to be traded.

OK, what the hell is going on around here. Is the league going to just sit back and let this shit happen? First it was Tyson Chandler, a player who 100% of the time would have been bought out at the deadline, but LeBron makes a quick phone call to his buddy and they get to snag him before he could have been put as part of a potential package down the line. Some might say he did LeBron a favor. At the end of the day it was fun to joke about on the internet, because while Chandler has been a solid addition, I don’t think anyone considered him a legit gamechanger. We shrugged it off.

Well wouldn’t you know it, here we are again. This time with an even more valuable piece in Trevor Ariza. You know, the guy who is most likely going to be the most sought after guy at the deadline. Tons of contenders are interested like PHI and HOU, and there were even ideas thrown out there about him even being traded for someone like Fultz. This is a player who can definitely make an impact right away with his 3 and D ability, so yeah I find nit mighty suspicious that again months before the trade deadline, you have LeBron and the Lakers poised to add another one of Jones’ players. Not only that, but also unload KCP, a player who they don’t even really play anymore for a player in Ariza who helps them and still doesn’t mess with their future cap space. Do I also find it a coincidence that Rob Pelinka, you know the Lakers GM also happened to be Ariza’s old agent?

The whole thing stinks to the high heavens, and shame on the league for not getting involved. It’s very clear that James Jones is just giving all his players to his best friend in LeBron. When it happened once, it was a joke, now that it’s very close to happening again tells me this is a trend. Disgusting.

If you’re the Rockets, how mad are you right now if this trade happens? You know Daryl Morey was hoping for the buyout so that he could initiate his wink wink deal to bring Ariza back. Now he goes to a conference rival who now has another potential wing to throw at Harden. If you’re PHI, if this trade happens you miss out on that intriguing lineups of Simmons/Redick/Butler/Ariza/Embiid. Obviously this isn’t a done deal until the end of next week and they do have to find that third team, but since when does LeBron not get what he wants?

The Phoenix Suns should be ashamed of themselves, and not just for their product on the court.