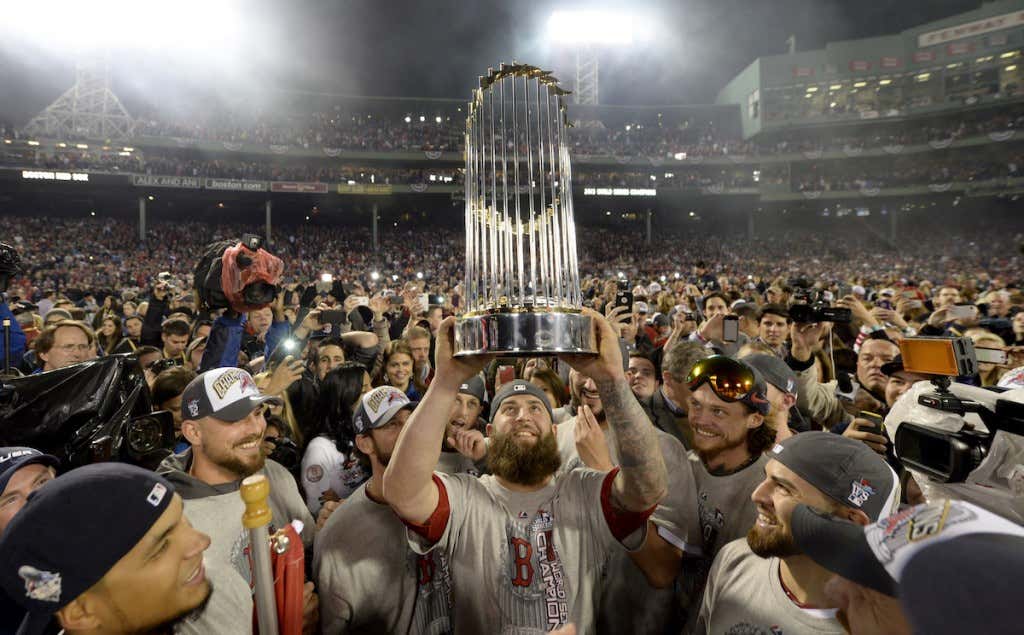 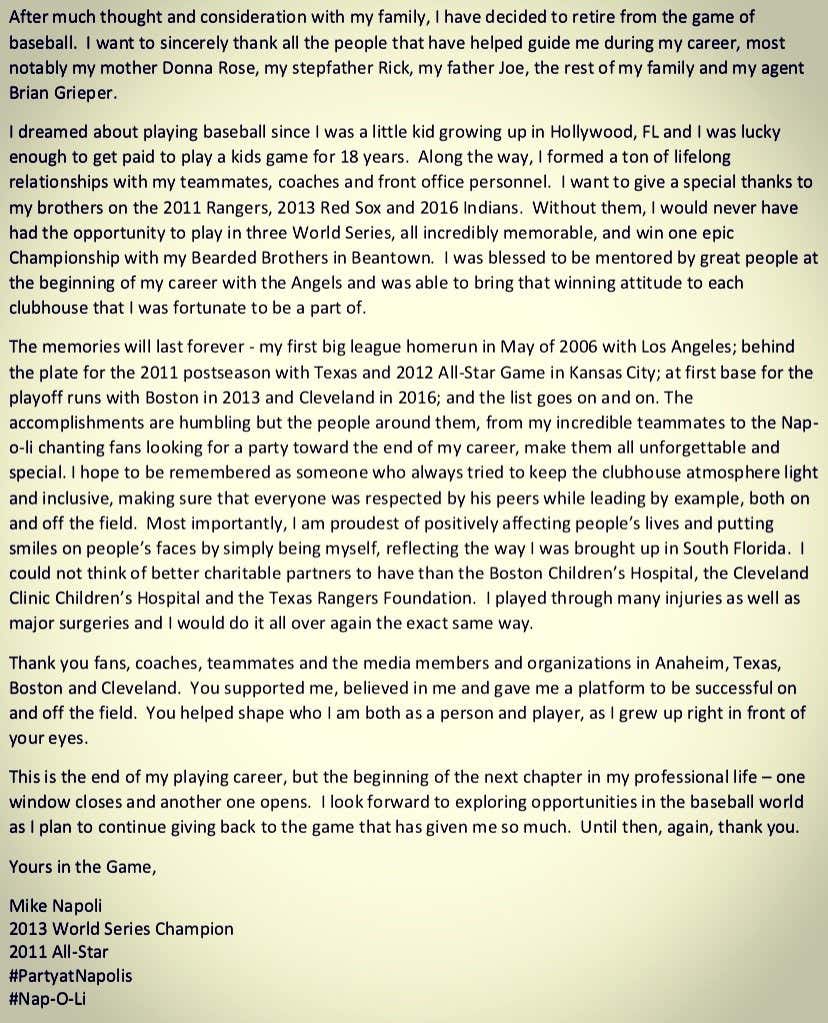 After 12 big league seasons, one All Star selection, three trips to the World Series, and one of the most significant championships in Boston sports history, Mike Napoli is calling it a career. And what a career it was.

The mark of a truly great baseball career is how many cities you can walk into and your money is no good there. For Napoli, that dude ain’t paying for a drink in Texas, he’s a made man in Cleveland and he’ll forever be a legend in Boston for his contributions to that 2013 World Series championship team. Hell, I’m sure they love him in Anaheim, too.

For everything that Napoli gave to his team on the field, he also gave to the communities in which he became a part of. Napoli was incredibly generous with his time, raising money for and putting smiles on kids’ faces at Boston Children’s Hospital, Cleveland Clinic Children’s Hospital, and the Texas Rangers Foundation. Nap’s Bearded Bunch is what his charity was called in Boston, and he made sure those kids were given once in a lifetime experiences at Fenway Park. 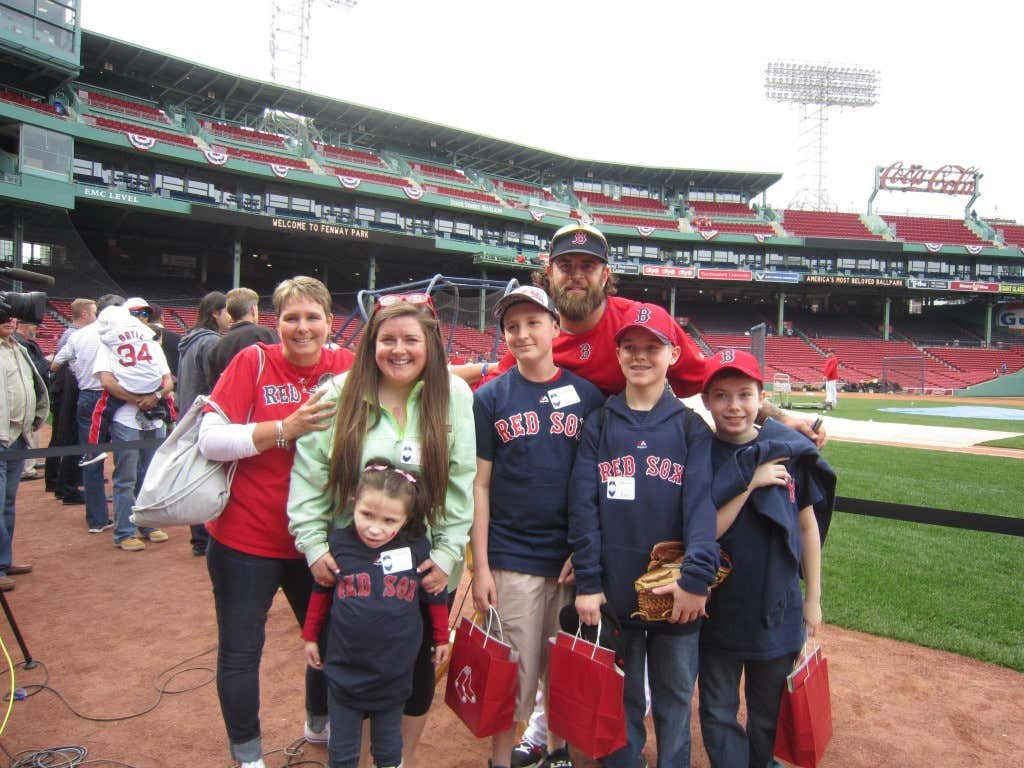 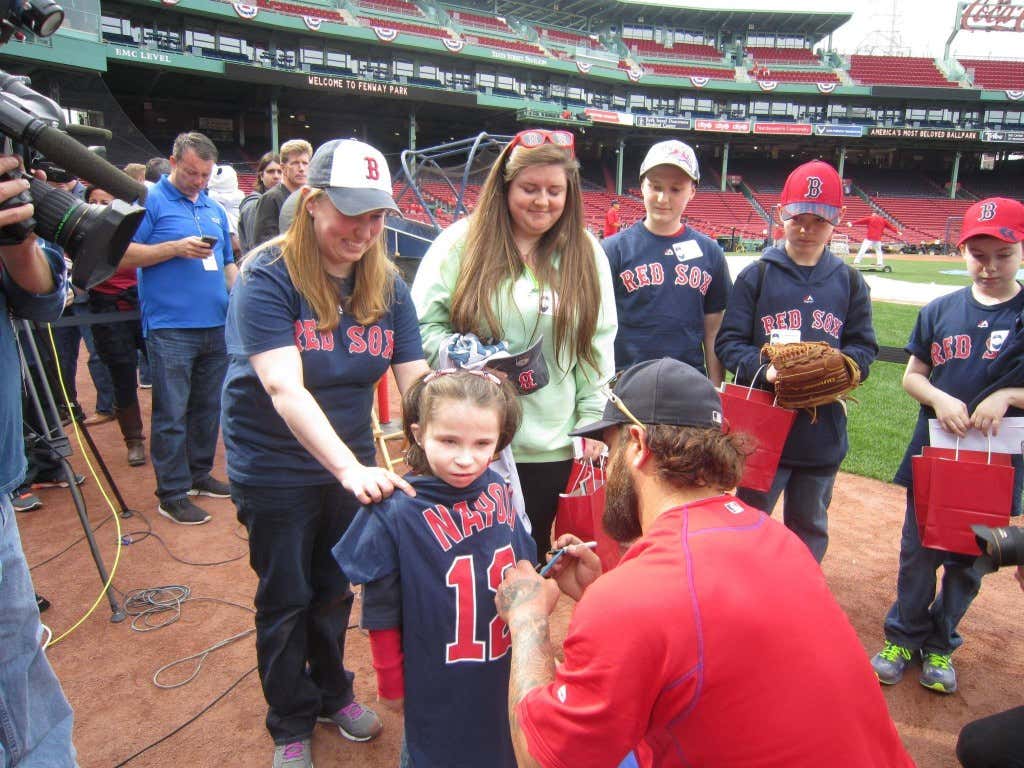 His teammates loved him for his character, his coaches loved him for his hard work, and, of course, he was a fan favorite for all of the above in every city that he represented on a major league diamond. The 37-year-old calls it a career after 267 homers, 224 doubles, a career .821 OPS, and a Gold Glove. It’s not actually his, though. Dustin Pedroia gave him his Gold Glove after the 2013 season because he felt like Napoli deserved one after posting a career high 10 defensive runs saved at first base that year. Band of Bearded Brothers, indeed.

Congrats to Napoli on one hell of a career. Tonight, we rip Fireball shots for Nap. May he ride off into the sunset with a cigarette in his mouth and a World Series ring on his finger. 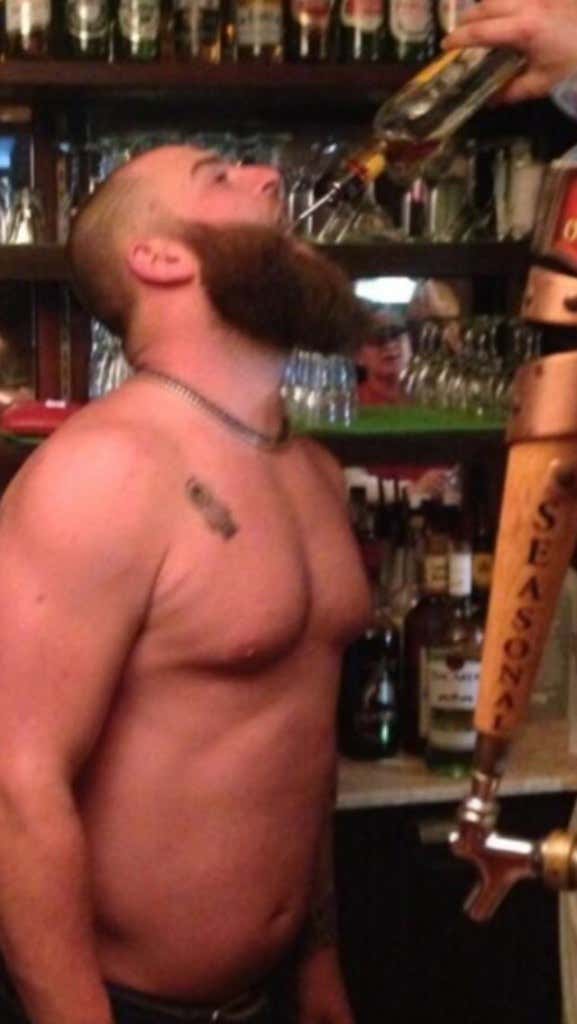 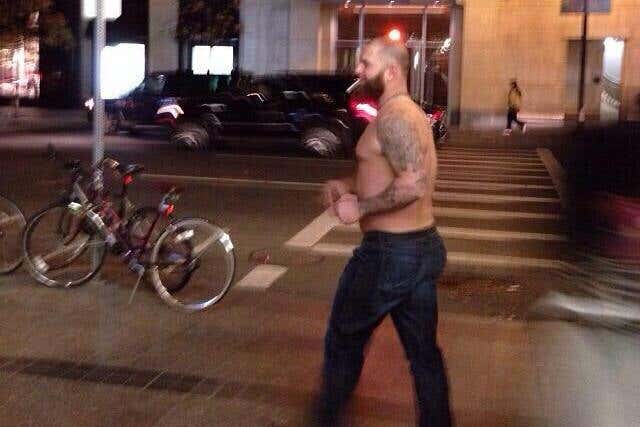