Army-Navy always gets the juices flowing, but when I heard Trump was doing the coin toss I became very excited. No way would he disappoint. None! And, of course, in his own way, he made the coin toss electric.

Look at that extension! The finger roll! 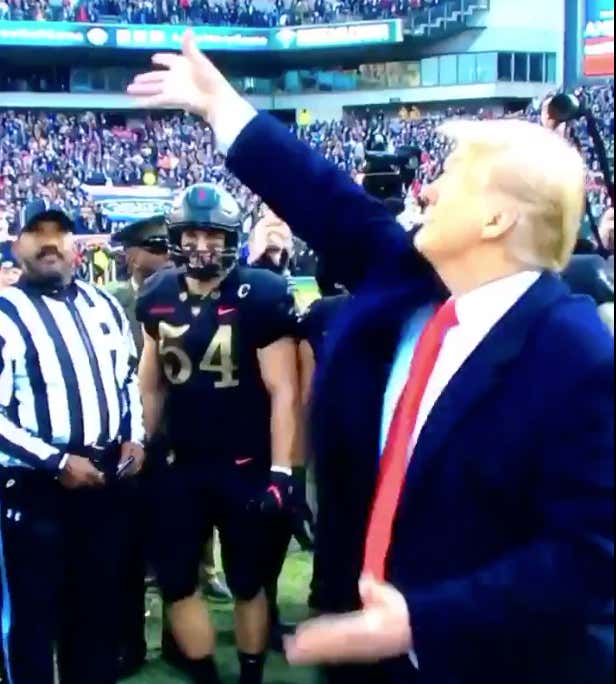 And then the finger point: 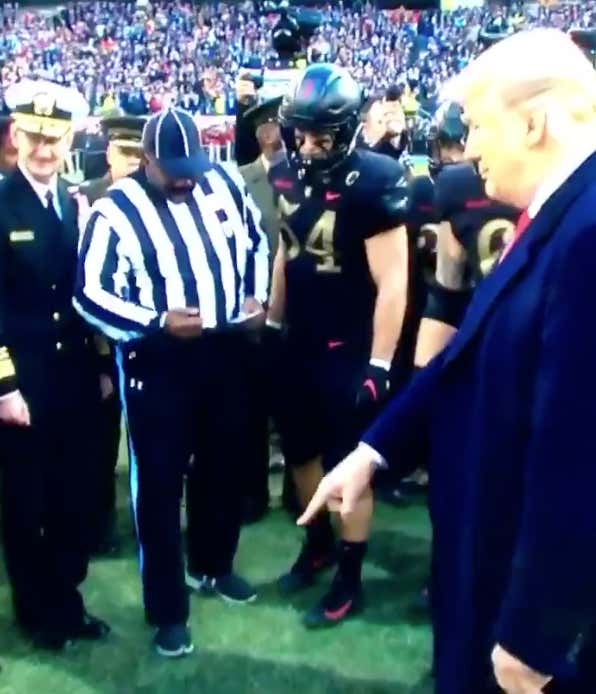 As if there were various coins on the ground and Trump had to let the referee know which one was the right one.

Definitely should be awarded the coin toss of the year if there was such a thing. Maybe I’ll make that a thing. The Barstool Coin Toss Of The Year.