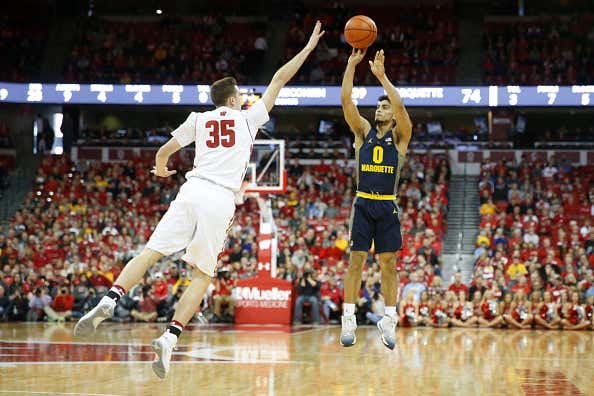 Hi, welcome back to college basketball. This blog will be dedicated for those who like to read breakdowns with some picks. As always, I welcome you to fade me, I’m sure it’s been more profitable anyways. We’ll do these whenever the days warrant it and there’s enough games to discuss and talk about a side to be on as well. We’re going to avoid any over/under picks and just focus on ATS/SU picks for the sake of ease. Let’s get right into it.

Kentucky vs Seton Hall (+6.5) – Noon, FOX, Madison Square Garden
We have a neutral court game to start us off today and while Seton Hall is in a bit of a weird year, it’s still two names that everyone knows. Kentucky has played a handful of mid-majors recently and this is their first game against a major program since the Duke disaster. Here’s what we did see recently though. Calipari shortened the rotation. Nick Richards and Quade Green were pretty much out against UNC-Greensboro. The key for Kentucky here? Shutting down Myles Powell. Or at least containing Myles Powell. That’s going to be the goal for Ashton Hagans – who limited Francis Alonso to just 3 points in the 2nd half after going for 19 in the first. Hagans is known as a tough-nosed defender and we saw him finally have a good game. If he can put another one together, you’ll see a different Kentucky. Kentucky has struggled defending the three but luckily for them here Seton Hall ranks 306th in the country in 3PA/FGA and 289th in 3pt shooting percentage.
Pick: Kentucky

Michigan State at Florida (+1) – Noon, CBS
This feels almost backwards to say, but this is ultimately a clash of Michigan State’s offense vs Florida’s defense. It’s typically the other way around when you think of these teams. However, both are ranked 6th in the country respectively. For Michigan State, expect a heavy dose of Nick Ward. Florida doesn’t really have a big that I think can stick with Ward, it’s just a matter of how many minutes you get out of him/Michigan State taking care of the ball/Ward finishing on jump hooks. Now, for Florida? Is Jalen Hudson going to show up? Hudson was expected to be the star of this team. He played just 6 minutes against West Virginia and 7 against Stanford. He’s been bad this year. Outside of that, expect to see Florida try and stretch Michigan State’s defense. When Florida runs Keith Stone at the 5 they can run a 5-out offense and Stone is a good enough shooter that you need to stay out on him.
Pick: Florida

Xavier at Cincinnati (-7), 2:00 pm, ESPN2
If you made an argument that this is the rivalry with the most amount of hatred I’d listen to it and not yell. It’s one of the best rivalries in the sport and heads to Cincinnati’s campus this year. There was some good news for Xavier as Quentin Goodin will be playing – he missed a game earlier this week due to illness. Zach Hankins and Tyrique Jones both practiced as well. Hankins was on limited minutes due to sickness and Jones smashed his head against someone’s knee in the Ohio game. It’s going to be vital that those guys play because Cincinnati is going to crash the glass. Jones has been awesome on the offensive side of the ball, ranking 2nd in the country in offensive rebounds. Cincinnati is shockingly not a good defensive rebounding team. Xavier can take advantage there. On the other side of the ball? Xavier is going to likely switch up its defense quite a bit going from man to a 1-3-1 zone. Cincinnati is going to have to get Cumberland going early. From there, he needs help. That should be Cane Broome or Keith Williams. As it tends to be with this rivalry, playing at home is just so damn important.
Pick: Cincinnati

Louisville at Indiana (-6.5), 2:30 pm, FOX
Two programs trying to get back. I actually think both will be NCAA Tournament teams this year and think Indiana will end up as a top-25 team for the majority of the year. However, the one thing Louisville has? Chris Mack. He continues to just be one of the best coaches in America. One of the pros for Louisville in this matchup? Both teams run the packline defensively, which should help Mack and Louisville prepare offensively. I’ll say this about Indiana. Everyone knew about Romeo Langford, but Robert Phinisee has been pretty damn good as a freshman point guard. He could cut down on turnovers, but he has a strong assist rate and is someone that you can play with Devonte Green and by himself. It just gives Archie that much more to work with.
Pick: Louisville

Wisconsin at Marquette (PK) – 5:00 pm, FOX
It’s pretty simple here. Does Markus Howard go off or not? Howard is going to always have that question and when he goes and scores 40, Marquette is going to win. Wisconsin does do an excellent job of guarding the 3-point line, but expect to see Howard in a bunch of ball screens. They are likely going to try to find whatever mismatch they like – whether it’s Happ or Reuvers – and force Wisconsin to hedge/switch. For Wisconsin they have the 3 guys in Happ, Trice and Davison. Can they get consistent scoring from someone else in this game, especially if Marquette controls tempo? Wisconsin showed the ability to come back – as they were down to Rutgers, Iowa and NC State and won all those games. Whoever controls tempo wins this game and ultimately like I said about UC/Xavier – being at home is so important here.
Pick: Marquette

Creighton at Nebraska (-6) – 6:00 pm, BTN
This could sneaky end up being the game of the day. Both offenses are pretty good and I absolutely love Creighton’s guards. Creighton is going to put you in a ton of different ball screen looks. It’s something that McDermott is awesome at drawing up. You’ll see a double ball screen where a big pops and a wing dives. You’ll see sets all out of that. So it’s going to be vital for Nebraska to figure out hedges/switches. Whenever there’s a breakdown look for Creighton to kill you with threes. They rank 2nd in the country in 3pt shooting and have six guys shooting over 40%. Nebraska will try to slow the game down a bit and run its offense trying to get guys like Palmer and Watson going downhill and Copeland in the paint.
Pick: Creighton