Harvard: “Yeah but I will have a degree. And you’ll be serving my kids fries at a drive-thru on our way to a skiing trip.”

Will Hunting: “[GRRRRRRRRR! I’m going to fight you outside!]”

Make no mistake, Good Will Hunting is one of the greatest movies ever. And Matt Damon was perfectly within his rights to write the character of the douchebag Harvard kid, as Matt Damon went to Harvard (for a bit, then dropped out to pursue acting, inspiring thousands of talentless morons to make the same horrific decision with their lives).

But once you grow up, you realize that the famous bar scene, where Will intervenes on behalf of braindead Ben Affleck because a “Harvard student” is embarrassing him with research, isn’t the one-sided victory for Will that you once thought it to be. Let’s embrace debate:

1) Will only jumps in because he’s trying to impress a girl—something he hypocritically accuses ponytail of doing later in the scene. We know this because we see Will realize his attraction for her when she tells Harvard “why don’t you go away?” 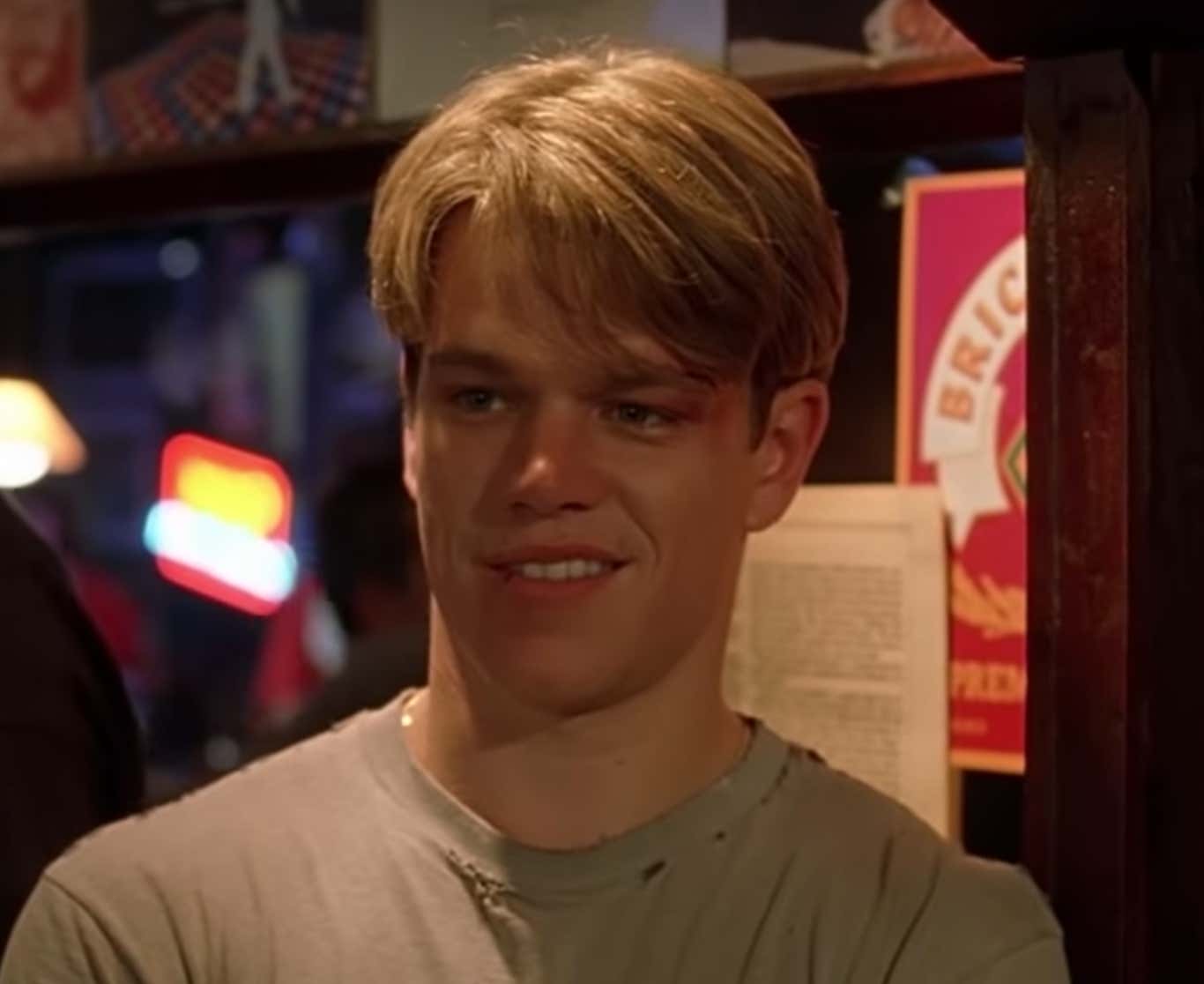 From this point forward, he’s waiting for his moment to show off his intellect. As Robin Williams later says, Will could have worked as a janitor at any number of colleges closer to his home, but he chose MIT. Why? Because he wants people to know he’s brilliant; he wants to show off, but only in low-stakes settings that won’t force him to actually commit himself. In this case, a bar.

2) Will also plagiarizes the works of authors. He plays it off like he’s just revealing that the Harvard guy is doing this, but if we’re being honest, Will spews verbose theories to (once again) impress a girl. Not ONCE does he offer his own conclusions on the matter. He’s the very thing he accuses our Harvard hero of being: an unoriginal windbag. Hypocrisy at its finest.

3) Will threatens to fight him. Everyone knows that intellectual debates should not lead to blows. Imagine if you were watching a presidential debate, and one of the candidates threatened to fight the other. That’s thuggish behavior. That’s a man who has lost his cool; a man who knows he’s beaten. And ponytail is right! His degree undoubtedly will lead him to a life of ski trips, sweaters, and Russell Stover chocolate assortments. Meanwhile, Will Hunting never figures his shit out. In the end, he skips town on a whim to chase a girl to California. What? Is that the type of grounded decision one makes following a major breakthrough? No. That’s what you do when you give up on yourself. California: where dreamers go to avoid reality.

If you’re still not convinced, let’s look at what happened next: the “do you like apples?” scene:

Harvard guy is completely relaxed, sitting in the Dunkin’ Donuts on Bow Street. (This Dunkins was literally 10 feet from my dorm!) His night is over and he’s not ruminating on being bodied by some broke, violent janitor with enormous attachment issues and a long road to redemption. Next thing you know, Will approaches the window to brag about how he got a phone number from a girl. Holy shit, that’s textbook insecurity. And what is he insecure about, you wonder? Maybe the fact that tomorrow, he’ll be back to mopping the hallways walked by the very guy who sits comfortably, securely, on the other side of window. Maybe Will realizes the inevitability of the french-fry dig. Maybe, certainly, he knows he lost.

There was a time when I used to threaten people with violence because it made me feel tough. And then I went to Harvard. Now, I laugh in the faces of those who threaten to fight me. I walk away, back to my better life, knowing they are lashing out to compensate for their misery. Just like Will Hunting.