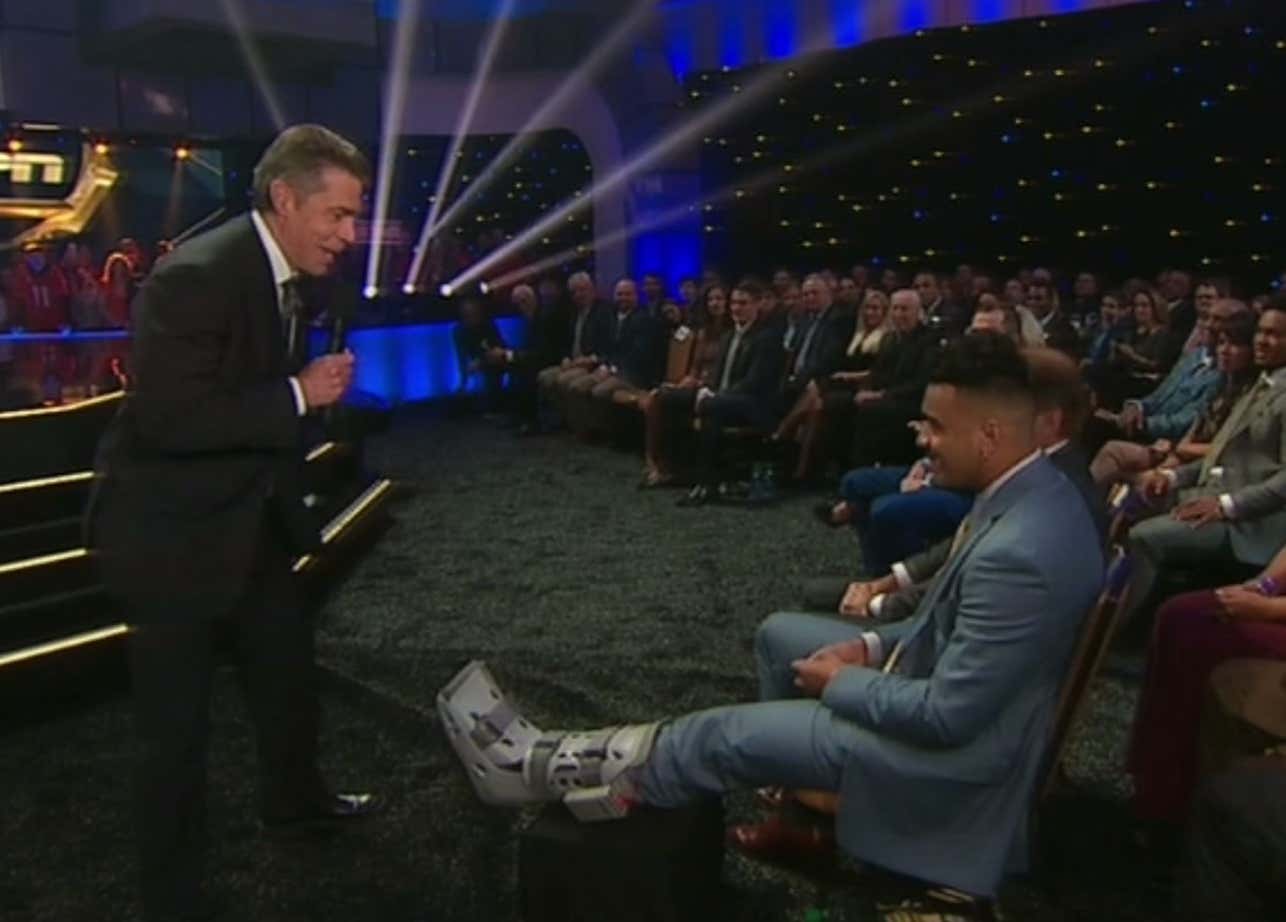 Alabama has an issue. More specifically, a high ankle sprain issue. Who is it with? Star QB Tua Tagovailoa.

The good news is the entire state of Alabama has devoted their time and efforts to make sure Tua’s ankle is recovered in time for the college football playoff:

The most valuable left ankle in Alabama — and the award-winning quarterback attached to it — is traveling in style this week.

Alabama is using a private plane to transport quarterback Tua Tagovailoa, who underwent left ankle surgery earlier this week, during awards season so that he can continue treatment on that ankle without interruption, a member of the athletic department said. 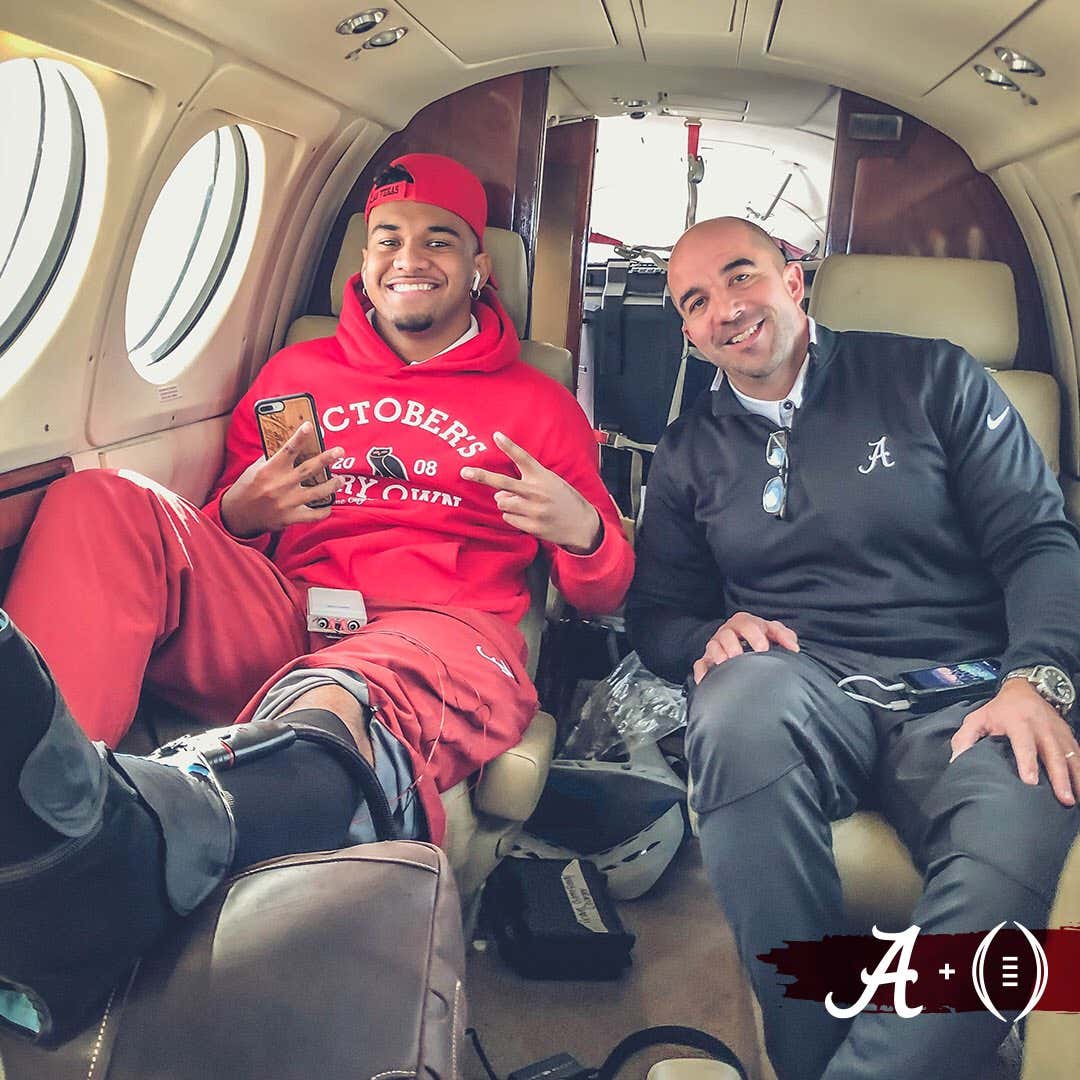 You think Jesus had a private plane when he had a high ankle sprain? Didn’t think so.

They even brought along the trainer:

Speaking of Tua and award season, take a look at this awkward hug between Tua and Kyler:

Will he win the Heisman?! The odds don’t look great: