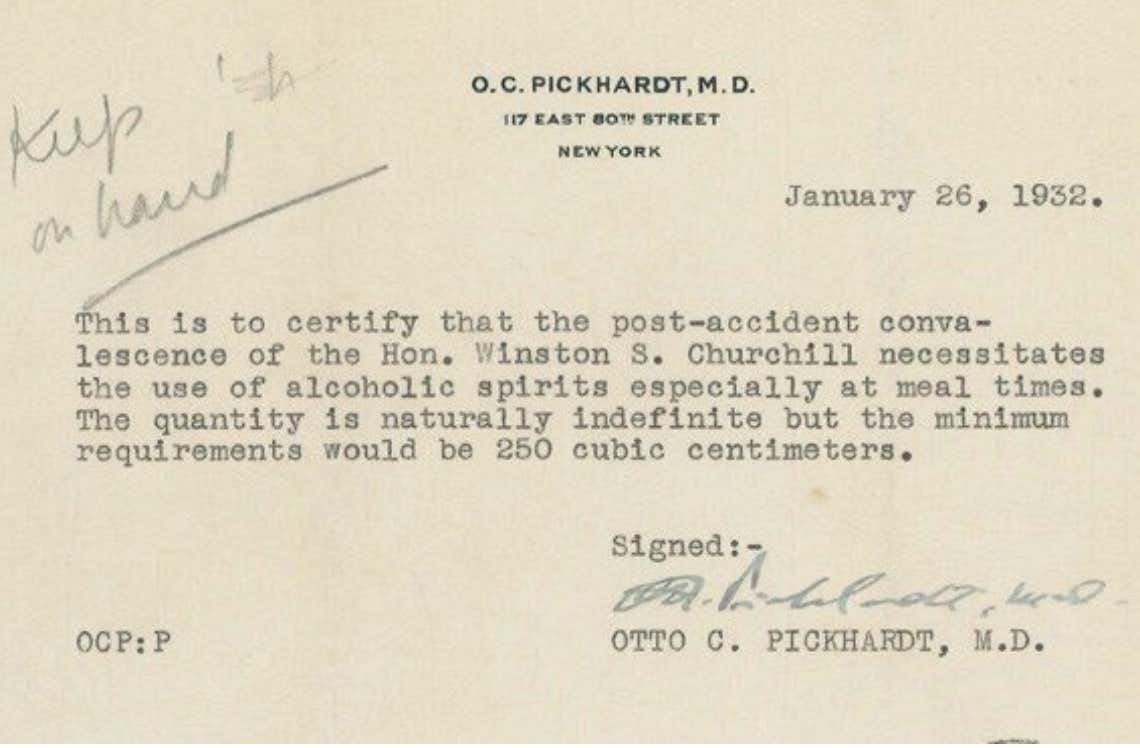 But what about his doctor?

Lost in the annals of the history books is perhaps the most influential medical mind the world has ever seen.  The man who prescribed Winston Churchill unlimited alcohol during a time when no one else was allowed to drink.

As the story goes, in 1931, Churchill was on a 40-stop lecture tour of the United States.  He was in New York, and was running late for a dinner with a respected banker on the Upper East Side.  But, he didn’t know the address, so once he got uptown, he hopped out of the cab and looked for it on foot.  He walked across 5th…and got smashed by a car going 35 MPH.

From the Churchill memoirs:

In England we frequently cross roads along which fast traffic is moving in both directions. I did not think the task I set myself now either difficult or rash. But at this moment habit played me a deadly trick. I no sooner got out of the cab somewhere about the middle of the road and told the driver to wait than I instinctively turned my eyes to the left. About 200 yards away were the yellow headlights of an approaching car. I thought I had just time to cross the road before it arrived; and I started to do so in the prepossession—wholly unwarranted— that my only dangers were from the left.

Another cab picked him up and brought him to Lenox Hospital – he had a big old gash on his head, was in shock, along with a fractured nose and ribs.  He famously said, “just give me some chloroform” – not sure if they did, but he recovered for 2 weeks then booked it to the Bahamas to relax and heal up.  Unfortunately, he still needed to make that bank, so he returned to the US to do 14 stops – but he was worried he wouldn’t be able to hold up.

Luckily some hero was waiting in the wings.

The doctor everyone dreams about.  Like back in college when everyone would recommend “their guy” who would hand you a script for adderall if you just said you had “trouble concentrating,” on steroids.  Alcohol was literally banned and made illegal.  Not on Dr. Pickhard’s watch.  Not for a hero like Churchill.  Give that man “a naturally indefinite” amount of alcohol every time he asks for it, barkeep.  NO LESS than 250 cubic centimeters. 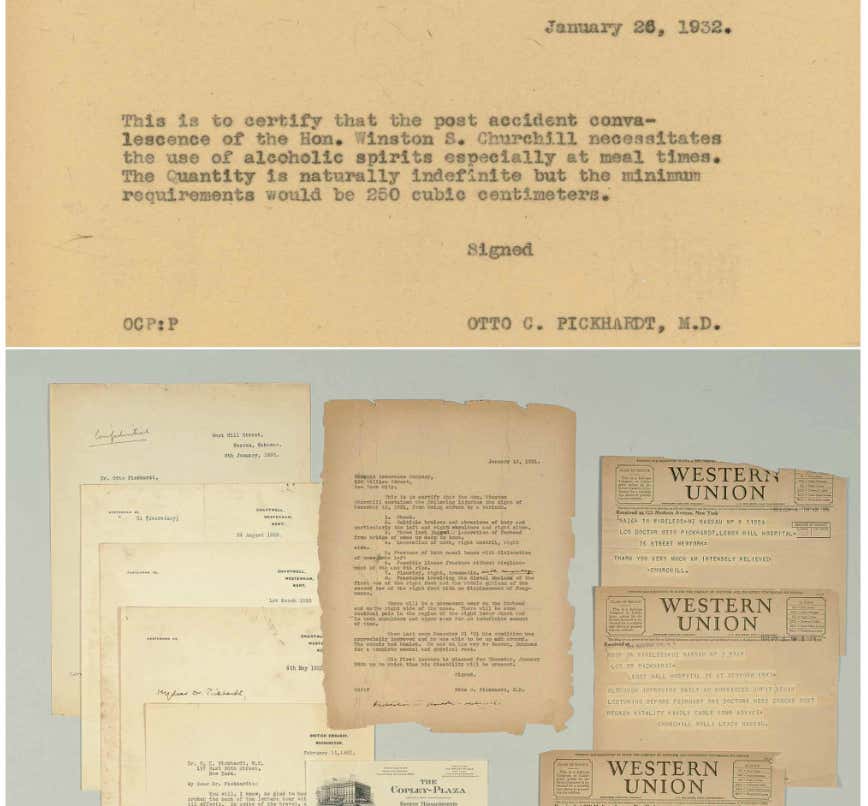 Winston do you even drink bro?  Why yes in fact, a naturally indefinite amount.  Especially at meal times.