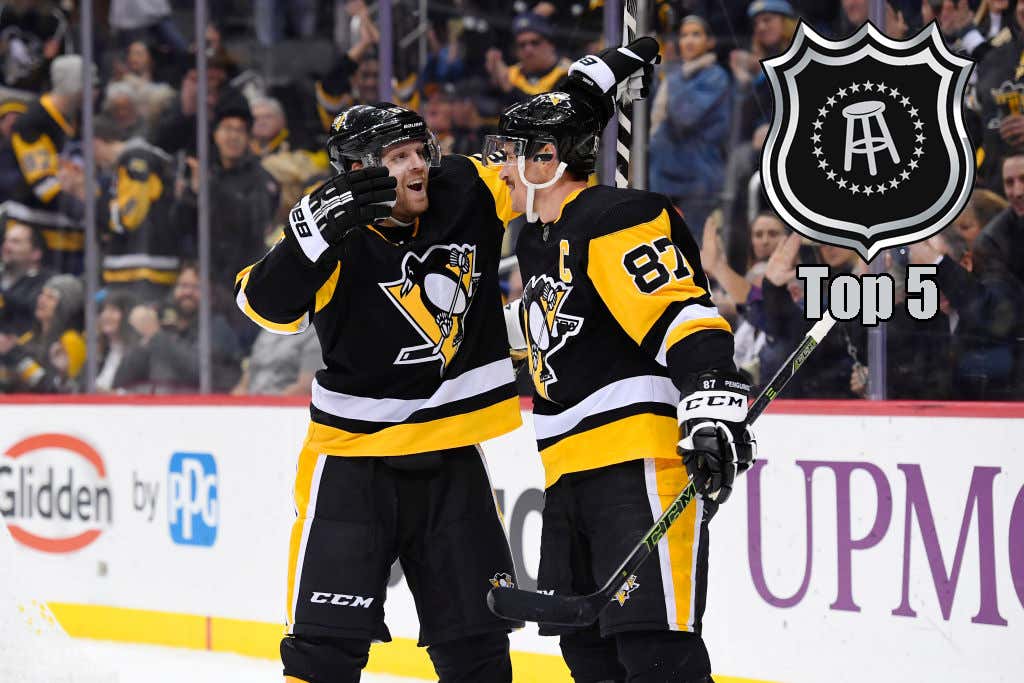 Every once in a while, Sidney Crosby will have himself a night where he reminds everybody why he’s a 3x Stanley Cup Champion, a 2x Olympic Gold Medalist, a World Cup Champion, a 2x Conn Smythe winner, a 2x Hart Trophy winner, a 2x Art Ross and Rocket Richard winner, a 2x Ted Lindsay Award winner, and deemed “The Next One” when he first entered the league. Last night was one of those nights. We’ll get more into that later but for now, let’s get to some other beauties from last night in the National Hockey League.

Times are tough for the Detroit Red Wings right now. They’re above .500 at the moment and they’re only 2 points out of a wild card spot in the East, but they’re caught in the middle of a rebuild with absolutely zero cap space to work with. They are a shell of the organization who made it to the playoffs 25 seasons in a row and won the Cup in 4 of those seasons. But there’s certainly some hope in Detroit for the future. One of those beacons of hope is the thought that Steve Yzerman will eventually become the next GM of the organization and will complete the rebuild process. And the other bright spot is the player who they’ll build around in Dylan Larkin. And when you see this play right here, you’ll know why they wanted to lock him up for 5-years this past offseason instead of a bridge closer to 3 years.

The goal is nice and everything but it’s what he does in the defensive zone that makes D-Boss look like a guy who can be wearing the “C” in Detroit soon. John Tavares. Ever heard of ‘em? Pretty decent player. But Larkin forces Tavares to turn the puck over and then as soon as that happens, 71 just takes off and sprints up ice. He gets a nice little dish of sauce from Nyquist to spring him on the breakaway, little leg kick, little forehand-backhand, goodnight see ya later.

4. Elias Pettersson With Hands Woven From The Finest Of Swedish Silk

Gotta love a good ol’ fashion Border Wars. Pettersson from Sweden vs Rinne from Finland. You don’t think that Pettersson put a little something extra into that move because he wanted to dethrone one of the best goalies in the world who just so happens to be his next door neighbor internationally? Yeah right. And the fucking balls on this kid to break out that move on Rinne. I know we pump Pettersson’s tires a ton but he deserves every PSI in those wheels. He goes to his backhand at the top of the crease and then has the hand speed and puck handling abilities to bring it back to his forehand in time to still A) not get it poked away by Rinne and B) stuff it in the back of the net. That’s a big dick goal.

3. Very Much Like Gunnar Stahl, Seth Jones Is Fancy And Will Go Glove Side With The Game On The Line

Listen. Goals against the Flyers at this point aren’t really moving the needle. Scoring against one of the worst teams in the league ain’t all that impressive. But this snipe from Seth Jones? Just 10 seconds into the overtime period?

That’s a weapon right there. And you know what? I really appreciate Seth Jones for ending that game early. It would have been such a pain in the ass if neither team scored in overtime and I had to stay up just to watch the Flyers inevitably loose to Columbus in the shootout. But Seth Jones is a man of the people. He knows that everybody has a job to go to in the morning. He doesn’t want to keep people up late. So he decides to stick a dagger in the game just 10 seconds longer than it should have been. Good on ya, Seth.

2. Cheeseburger Phil And Pittsburgh’s Powerplay Should Be Forced To Apologize For This

Now here’s where we get to the start of Sid’s night. I want you to watch when Evgeni Malkin gets the puck on his stick here. It first touches his stick with 7:54 left in the 2nd period. He then takes a look around for a second and passes it through the slot to Jake Guentzal with 7:53 left in the 2nd. The puck goes from Evgeni Malkin to Jake Guentzal to Sidney Crosby and then over to Phil Kessel and in the back of the net just 2 seconds later.

Bang bang bang bang. How do you stop that? You don’t I guess. I mean the penalty kill looked pretty solid there. The box was tight enough in the slot where Guentzal couldn’t get a shot off from there. Greiss is in a good position where he could have made a save on Crosby if Crosby decided to do the normal person thing and try to deflect that Guentzal pass on cage. And then while all that is happening right around the net, Crosby still has the ability to find Kessel and the back side and put it right on his tape. That was a surgical dissection of a pretty solid penalty kill. That’s some bullshit right there. And speaking of bullshit…

1. And This Is Why Ryan Whitney Is A Millionaire

Ryan Whitney had 45 assists in 2006-07. As you can see right here from this video, quite literally anybody can rack up assist numbers out there as long as they are one of the last 2 people to put the puck on Sid’s stick. Just be one of those last 2 guys to give Crosby the puck and then he’ll do the rest from there.

It’s so easy to become a millionaire if you play in Pittsburgh. I mean… come the fuck on. Look at this shit. 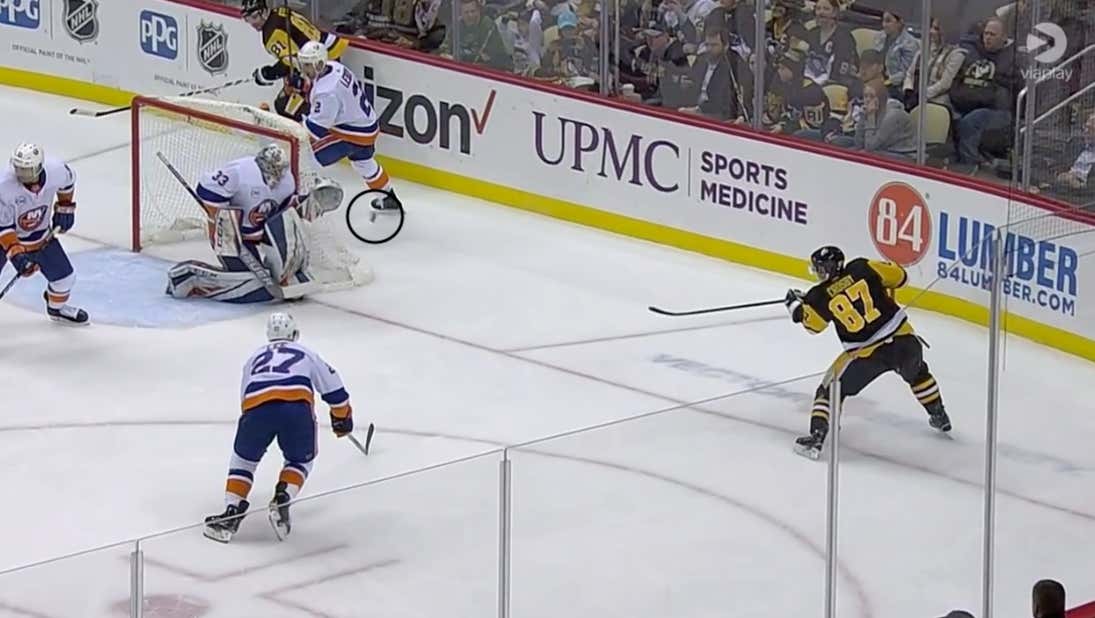 There’s the puck. Now in what world does that puck still have enough space given where Gibson is on the post to still squeak by there? And not only does Crosby squeeze that one by, but it’s an absolute snizz with his right skate already below the goal line by the time he releases the puck. Quarter of an inch in any direction and that’s either a save or it hits the side of the net. That had to be a perfect shot and a perfect shot only to end up in the back of the net. And considering the goal light went on afterwards… yeah.

Crosby from barely any angle. That shit will haunt me for the rest of my life.