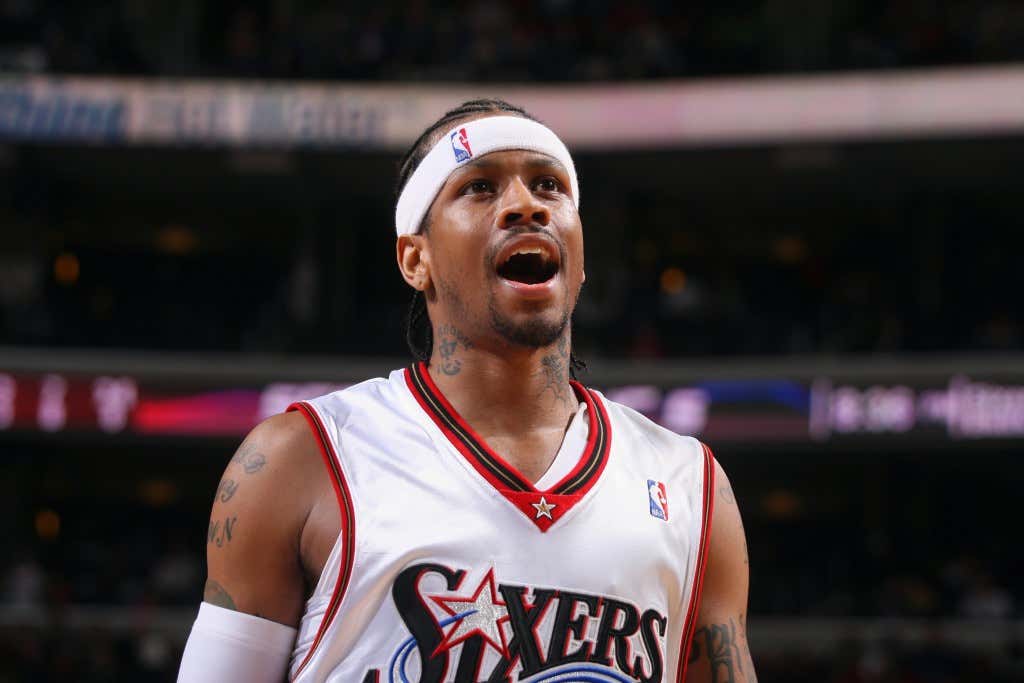 Earlier today I read the fantastic piece from Iverson on The Players Tribune which I cannot recommend enough, and of course it led me down a classic Iverson YouTube rabbit hole. There are certainly worse things in life, and seeing as how we’ve reached the part of the day where we are all looking for something to distract us long enough to get to freedom, I figured why not share one of the videos I came across with the rest of you.

I’ve blogged it before, but for anyone around my age (31), it was hard to not grow up being a basketball fan and not love Iverson. Even someone like me who hates the Sixers couldn’t get enough of him. A guy that was small going out there every night and absolutely destroying people. I hadn’t seen anything like it at the time and we really haven’t seen anything since. Maybe Isaiah’s 2016 season and Kemba’s season this year are close, but there’s a reason people say that Iverson is pound for pound one of the best players the league has ever seen. We all tried that Iverson crossover when we were messing around with our friends (admit it, you did), and it never looked anything like the real thing but that wasn’t the point. Iverson had such an impact on the NBA and basketball culture it’s hard to believe that will ever be replicated. A player way ahead of his time, it’s just too bad we didn’t get AI during this time in the NBA where you basically can’t touch a guy as a defender. A career 26.7 point per game scorer, he averaged over 30 a game four separate times, was an 11x All Star, 4x scoring champ, 3x steals champ, 7x all star, won an MVP and a ROY, and of course is a member of the Basketball Hall Of Fame.

So do yourself a favor, read that feature and then when you’re done go ahead and click play on the video below. It’s a nice 10 minute countdown of his top 30 plays which is just the thing to end your Thursday and get you on step closer to the weekend

You’re so close, you made it through all the bullshit and have just one day left. We’ll get to the finish line together, I’ll see you all again tomorrow afternoon.