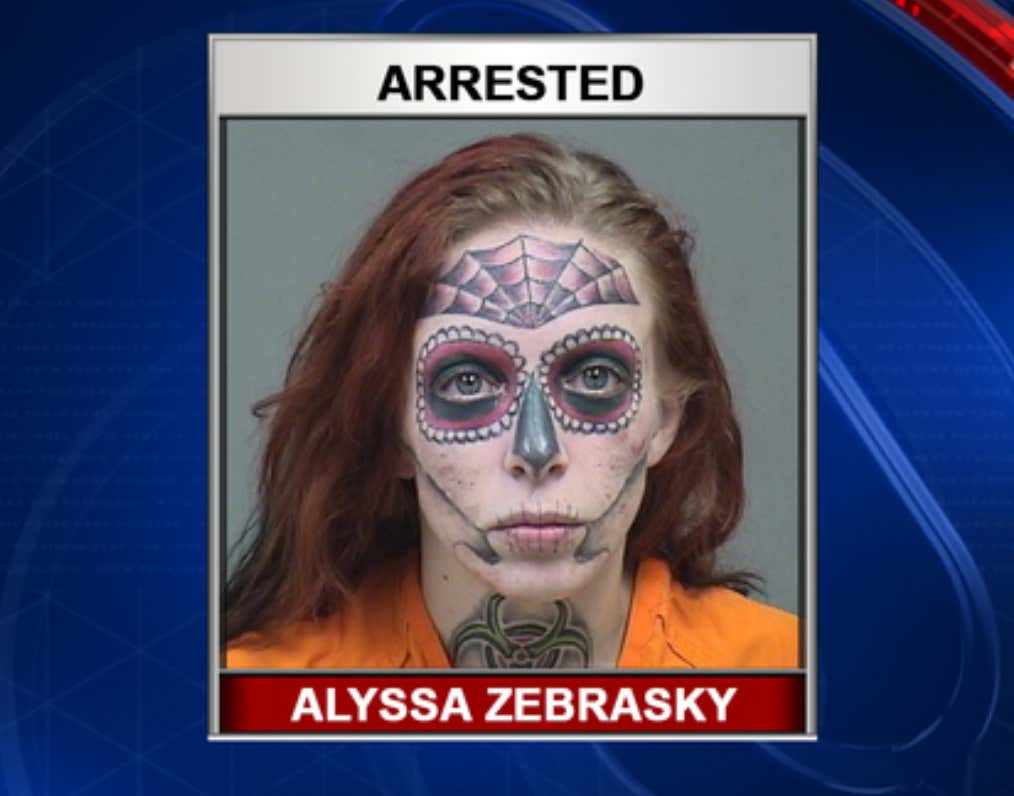 Fox 5 DC - An Ohio woman faces charges after shoplifting from a Walmart, officials say, and when she was stopped for stealing a bag, they said they found drug-related items inside.

According to The Vindicator, 27-year-old Alyssa Zebrasky was arrested on the shoplifting charge at a Walmart in Boardman, Ohio. When she was searched, police said they found a hypodermic needle, crystal meth, and a suboxone pill.

Officials also said she was wanted on a warrant for failing to appear on a separate crime in Austintown, Ohio. Boardman police arrested her, and she was transported to Mahoning County jail.

You know when you see a girl on the train, or at an airport, or just passing on the sidewalk and you’re like “damn, that’s her, that’s the one for me”? Well I have a feeling a lot of people just felt that feeling about Alyssa Zebrasky. The Joke tattoos on her cheek bones, the spider web on her forehead, the Mardi Gras flair around her eyes and nose, she’s the full package. and then a bit of an edge with that neck tattoo that I can’t remember exactly what it means but I know it means she’s a bad bitch.

And what did she do anyway? Oh just a little shoplifting. Is that even a crime anymore? Shakin’ my dang head. If they weren’t such softies about the whol shoplifting thing they would have never found her crystal meth and so I think they should cancel each other out and everyone should move on. Alyssa Zebrasky looks perfectly capable and fit for society, this is all one big overreaction. I’m sure she definitely doesn’t eat babies in her dungeon. Probably just one big misunderstanding and she’ll be back at her office job doing TPS reports in no time.