That’s it, Christmas is cancelled. We don’t deserve to have the greatest holiday ever created this year after seeing those two little fuckbags steal that tin in order to get some money to buy pow or smack or whatever the kids are doing these days. You know how many man hours were spent ringing a bell in the frigid temperatures of Minnesota to get whatever pocket change and lint in that tin? There are certain things that should never be stolen. The collection plate from church, a blind person’s guide dog, and the motherfucking Salvation Army kettle. You would think that the Salvation Army would be off limits just because it’s just as much a part of the Christmas season as Saint Nick and getting drunk at your company’s holiday party. Truth be told, despite hating the Cowboys with all my soul, seeing the giant red pot on the Cowboys sidelines makes me feel warm and happy inside the same way Jerry Jones likely feels when he is around a glory hole. And lest we forget that the Salvation Army Twitter account once shoved Peter Chernin’s newest employee into a very on #brand bodybag. 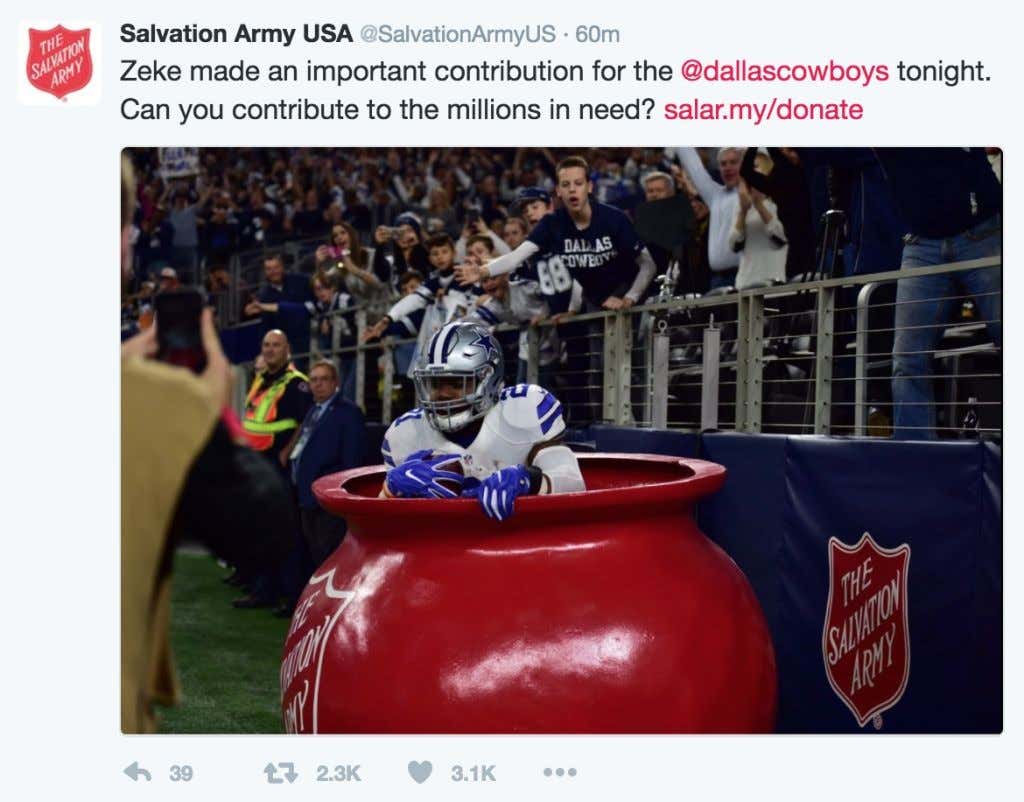 As for punishment if/when these kids get caught, burying them under the jail seems far too nice. Instead I would make them ring a Salvation Army bell for the rest of December and have to deal with every fake ass excuse that people have for why they don’t have any change on them while leaving the grocery store. Oh yeah, and these kids parents should be thrown into the Boo Box for raising monsters like that. And throw Rovell into the Boo Box too while we are at it just because.