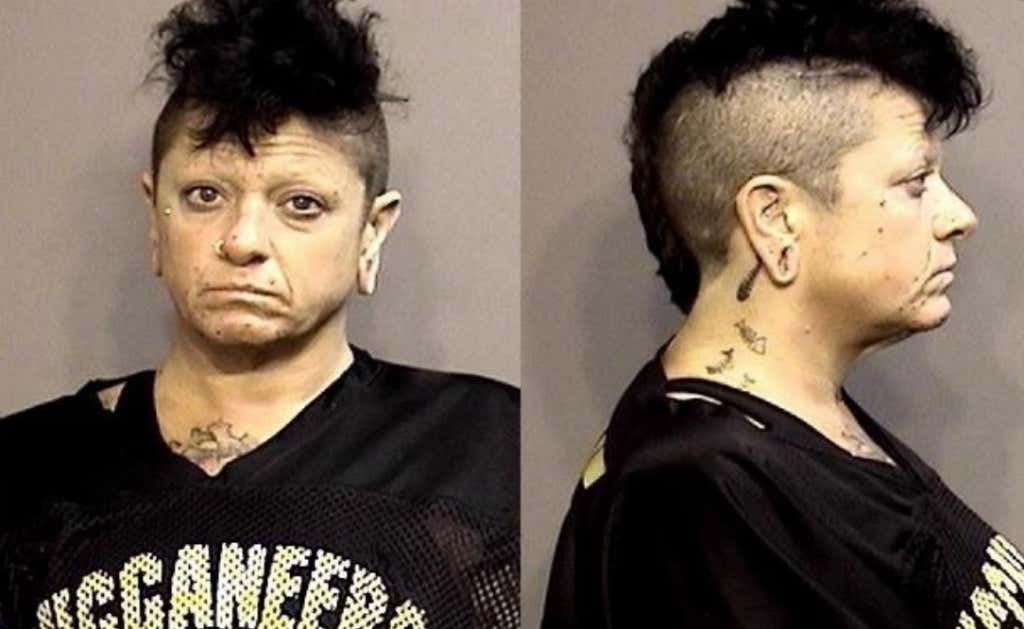 NYP - A “very violent” Mohawked Missouri woman clobbered her live-in lover as she demanded he perform oral sex on her, the victim and authorities said.

Amy Nicole Parrino, 43, was busted on charges of domestic assault and sexual abuse for the Sunday night incident that occurred at Parrino and the man’s Boone County home, according to a probable cause affidavit obtained by The Smoking Gun.

During the 9:45 p.m. attack, Parrino allegedly punched the man up to 25 times and struck him with a belt, cell phone and brass plate, according to the court filing.

Then, a naked Parrino chased the man around the house as he pleaded that she “leave him alone.”

But Parrino did not relent, as she “pushed him to the ground and then sat on his face,” the victim told police, according to the affidavit.

The victim told investigators that while Parrino “was sitting on his face she said to him ‘eat my p—-y,” the court document states.

DAMN. Story of my life, amiright, fellas? Broads these days, always trying to get you to eat their pussies, chasing you around the house until you do so. It ain’t right. This man did nothing to deserve to get beat up for not giving her the reverse gluck gluck. Sometimes you just wanna chill out and watch Barstool GameTime and not eat a roast beef sandwich before bed, but she wasn’t having any of that.

I will say though, when you’re dating Amy Nicole Parrino and she’s wearing her finest Buccaneers jersey, when she wants you to eat her pussy, you eat her pussy. I don’t mean to victim shame but it seems like the agreement you enter into when you live with her. She wears the pants. She makes the rules. I mean it seems like she gave the ol’ YP powerbomb and then sat on his face like Rikishi 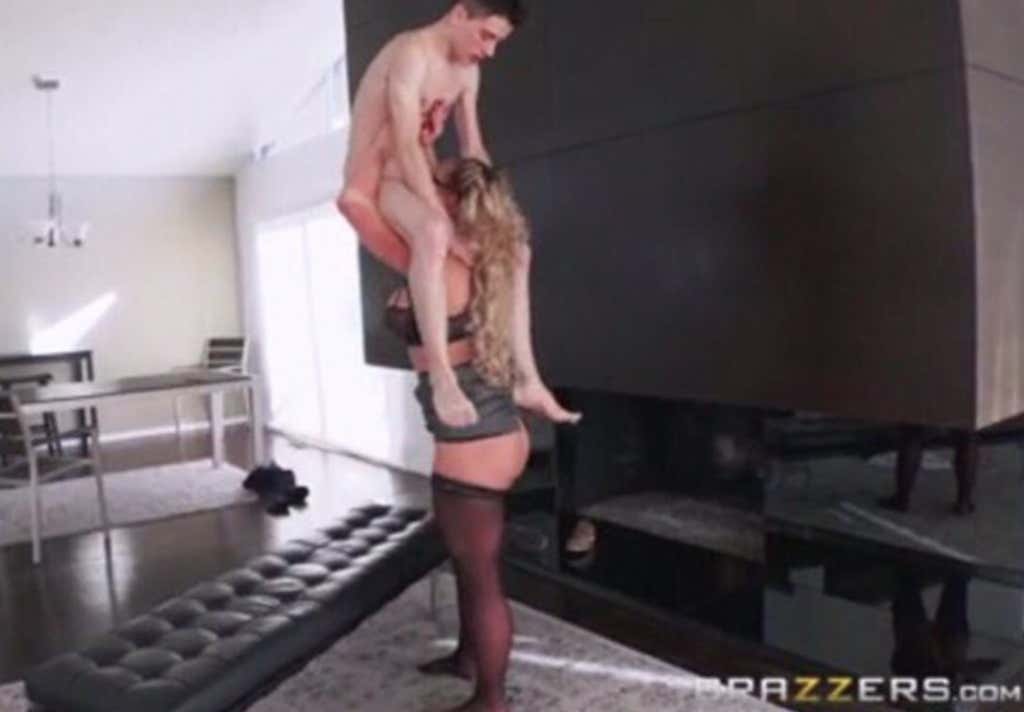 I hope our man is ok though. I mean it’s not cool that she hurt him like that. But damn, how good is his tongue game when she’s chasing him around like the karate kid trying to get some of that. Pretty solid brag by him.