CX- The ‘ASTROWORLD’ rapper was accused of cheating on his “wifey” Kylie Jenner after alleged images of him kissing another woman leaked online. Scott denied the rumour, which turned out to be the result of an online prank. Travis Scott and Kylie Jenner were rocked by a cheating scandal this week after alleged images of the ‘ASTROWORLD’ rapper kissing another women leaked online. Scott vehemently denied the claims, owing the photos to “trolls” who “always wanna create some fake sh*t to destroy real love.” And, as it turns out, he was telling the truth.Travis Scott Responds To Alleged Leaked Image Of Him “Cheating” On Kylie Jenner Hours after the images caused a stir on social media, YouTuber Christian Adam took credit for setting up the photos. He dressed up as Scott from head-to-toe and even added a fake TMZ watermark to the images. Adam claims that the prank was an attempt to “fool the Internet”, inspired by a recent ‘prank’ which saw a fake image of Justin Bieber eating a burrito like a piece of corn circulate online.

Got’emmmmmmmmmmmmmmm? What a weird prank to pull on someone. I didn’t watch the video of how they did it because 17 minutes is too long for any internet video but I believe these are the same people who made everyone think Justin Bieber eats his burritos like a lunatic. I thought the burrito one was mean enough because there are people out there who still think Bieber eats his burritos like that. Even though the people who did the prank came clean about it. That doesn’t matter because their admission can’t possibly reach the amount of people who saw the burrito photo in the first place. Some might even say having the world think a person eats a burrito sideways is worse than having people think they cheated on their wife. Going through all that trouble just to make it seem like someone is an asshole cheater is still pretty fucked up. And I’m sure people will say, “Who cares? It’s the Kardashians” but staging a cheating scandal seems particularly mean no matter who it is.

I remember the days when Ashton Kutcher used to have good clean fun by having Justin Timberlake’s valuables repossessed or Wilder Valderrama’s Escalade destroyed. Those are the type of celebrity pranks I’m here for. I could be wrong but I don’t remember the Punk’d episode where Ashton set up somebody to make it look they were cheating on their wife or husband. So what’s up next for these merry internet pranksters? Maybe plant a lookalike celebrity dead body in a hotel room and pretend they died from an overdose? That seems like the next logical step for them.

This DISCLAIMER under the YouTube video is kinda wild

(DISCLAIMER: this video was NOT made to intentionally hurt Travis Scott, Kylie Jenner or the entire Kardashian family in ANY way shape or form)

Uhhhhhhhh it maybe not have been their intention to hurt them but how exactly did they think it was gonna turn out? Did they think Travis and Kylie were gonna be pumped about it? 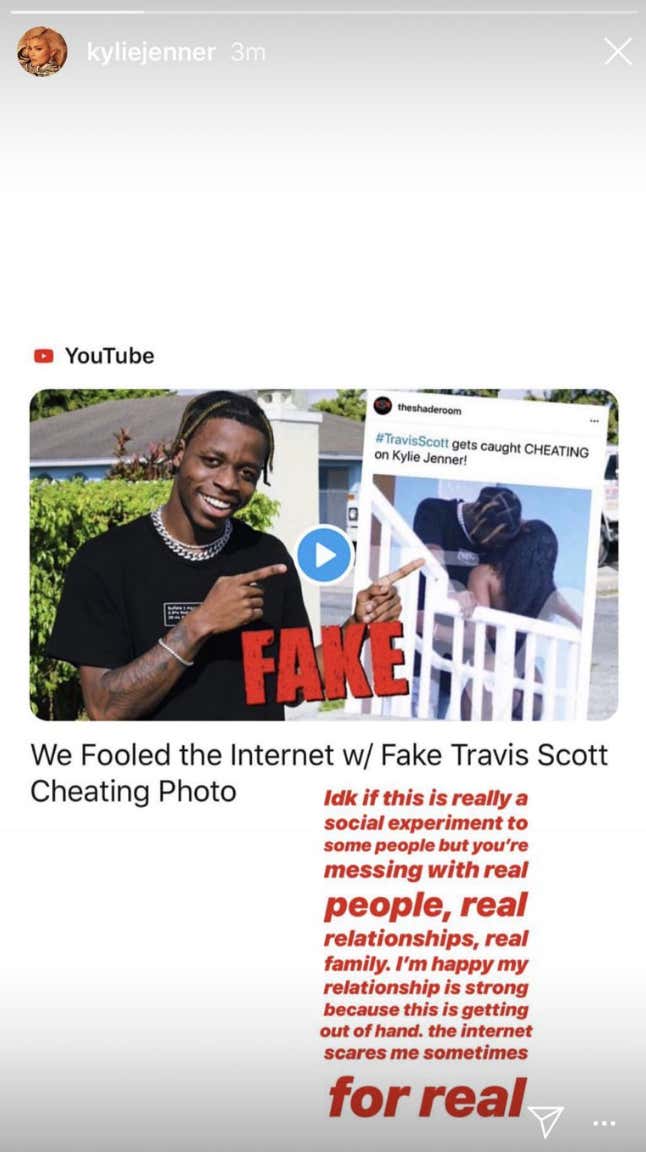 Travis Scott’s response made me laugh 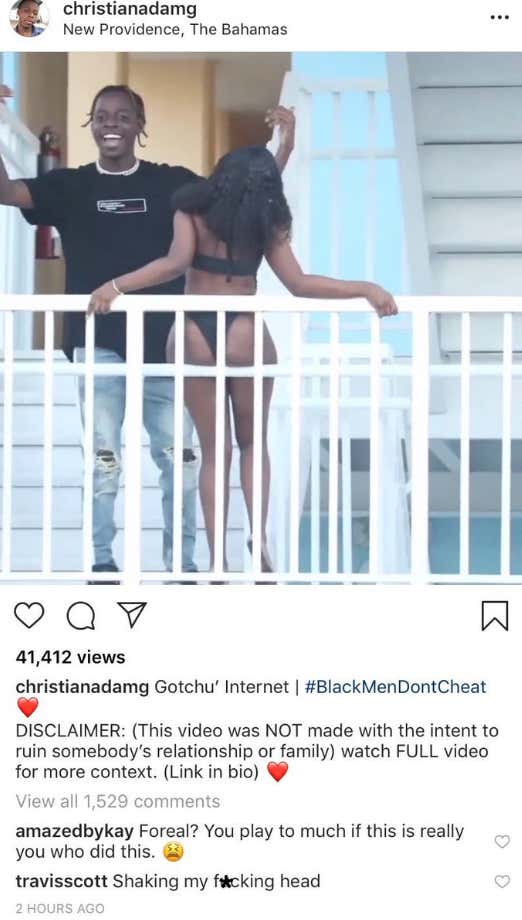