Source - A group of men in Russia filmed themselves setting their car on fire and then driving it off a cliff into a frozen lake. Amazingly, the driver escaped without any injuries, though he very easily could have ended up dead..

Imagine life being so bleak, so boring, so DULL that in order to have fun you need to light your car on fire and drive it off a cliff. I get that they’re Russian, so they operate on a different level, but still. To their credit they had a safety line. 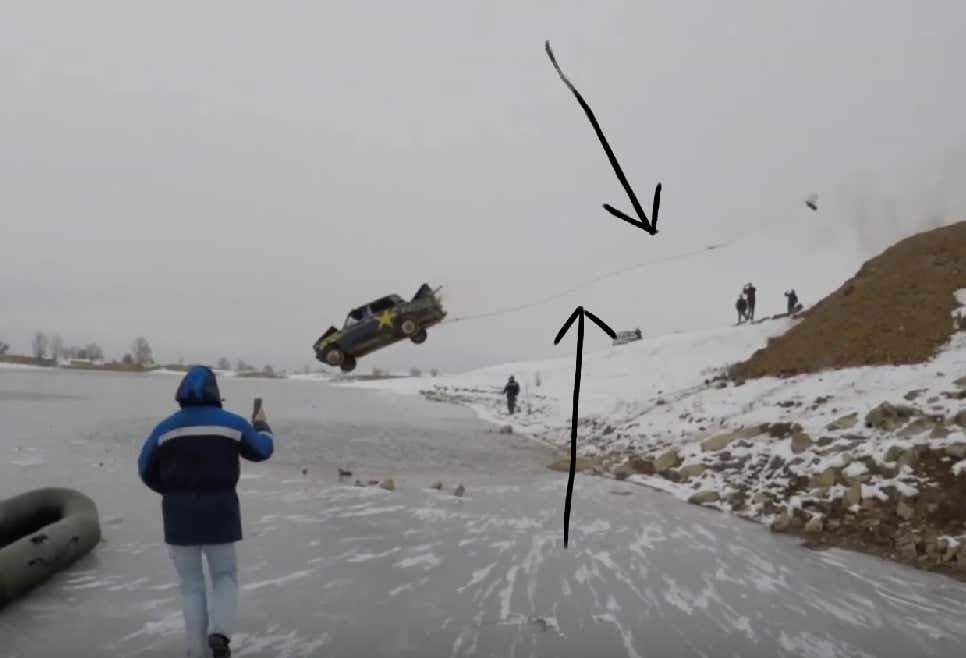 Which I guess was supposed to be used to pull the car/dead body out of lake after the fact? My favorite part of the whole thing is that no one seemed concerned.  They were all just standing there filming on their cell phones tryna get one for the gram. Even after he crashed through the lake no one moved. ONE guy walked over and pulled the driver out of the water, but that was it. He also came out smiling, which I’m not even going to get into. 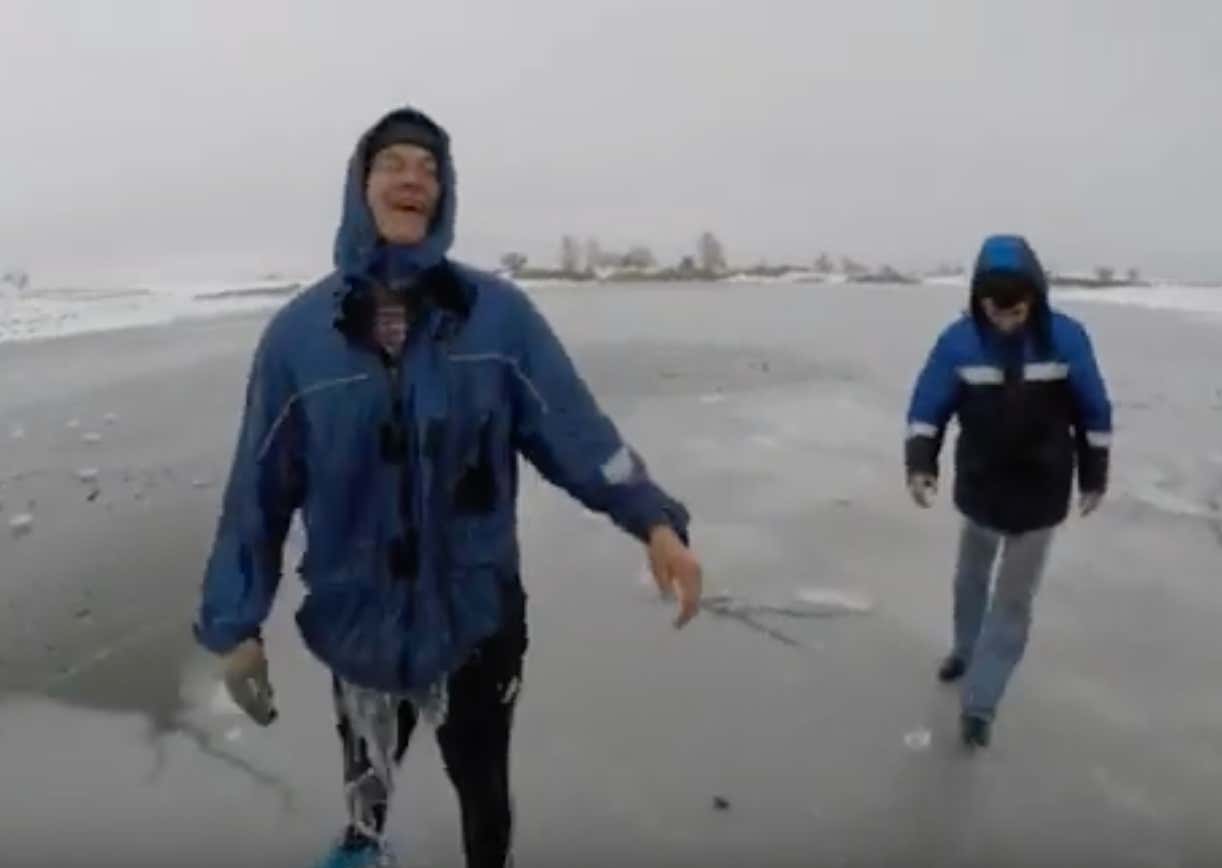 It reminded me of that episode on Viva La Bam where he drives Don Vito’s (RIP) car into a lake except everyone almost died. If anyone is thinking about doing this at home…don’t. The only reason these guys survived is because they’re lucky.