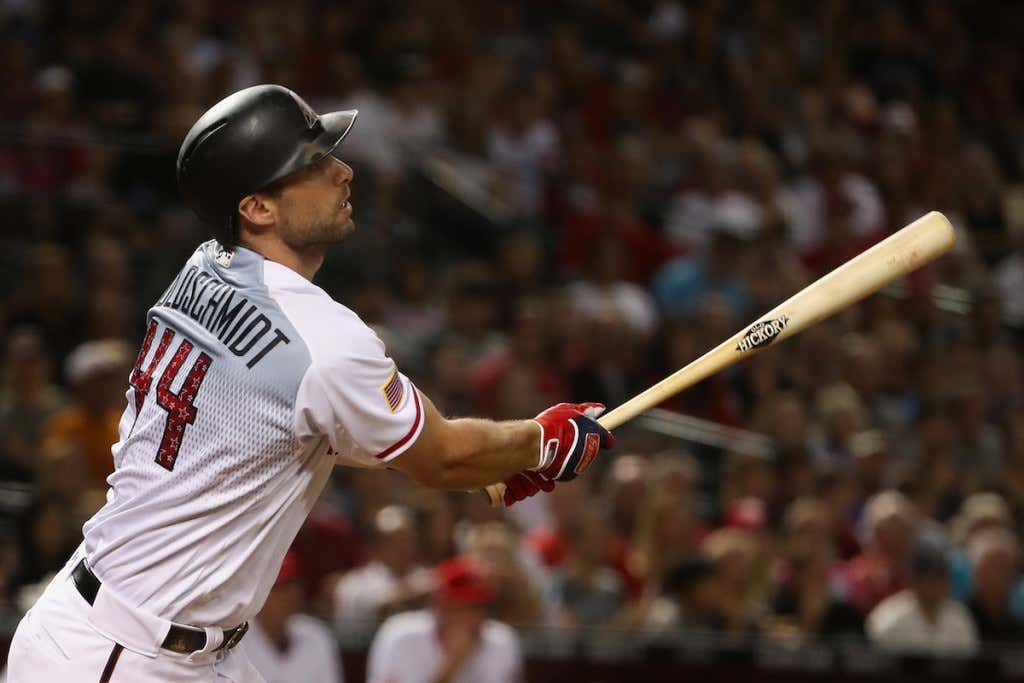 On the heels of the Winter Meetings, the St. Louis Cardinals have ponied up quite the package of young players to acquire one of the game’s premiere players in Paul Goldschmidt, who is coming over from the Arizona Diamondbacks.

Goldschmidt’s name had come up in trade rumors due to the fact that the Dbacks were looking to move some assets to kickstart their rebuild, and the fact that the first baseman will become a free agent at the end of next season. In return for the six-time All Star and three-time Gold Glover, the Dbacks are receiving 25-year-old righty Luke Weaver, 24-year-old catcher Carson Kelly, and 24-year-old minor leaguer Andy Young, as well as a draft pick.

I don’t want to say that Goldschmidt is the best player that you’ve never heard of, because surely you’ve heard of him, but goddamn is he the most underrated superstar in Major League Baseball today. He’s headed into his age-31 season, so time isn’t exactly on his side. But since the start of the 2013 season, here’s a list of players who have played at least 600 games and maintained at least a .300 batting average and .900 OPS — Freddie Freeman, Miguel Cabrera, JD Martinez, Joey Votto, Mike Trout, and…Paul Goldschmidt. That’s it. Pretty elite class, if you ask me.

Rival executives are already praising the Dbacks for the return that they got for one year of Goldschmidt, and rightfully so, but St. Louis is the perfect market for Goldschmidt to finally become a household name. With Goldy coming on board, that will likely move three-time All Star Matt Carpenter to third base, who finished top ten in the National League MVP voting this past season. For the record, Goldschmidt finished sixth after hitting .290 with a .922 OPS, 35 doubles and 33 homers in 2018.

When the Atlanta Braves signed Josh Donaldson to a one-year deal a couple of weeks ago, we fawned over the idea of a lineup that featured Ronald Acuña Jr., Ozzie Albies, Freedie Freeman and Josh Donaldson, but how does Matt Carpenter, Jose Martinez, Paul Goldschmidt, and Marcell Ozuna sound? Pretty damn good. And if you’re skeptical on the haul that St. Louis forfeited for one year of Goldschmidt, one would only assume that the play for the Cardinals is to either extend or re-sign Goldschmidt once he becomes a free agent at the conclusion of the 2019 season.

But the roster teardown isn’t quite over for Arizona now that the face of their franchise is headed to St. Louis, either. It’s widely expected that Zack Greinke is next, and it’s going to be interesting to see what the return will be there, knowing that the right-hander is headed into his age-35 season and is still owed $95.5 million over the next three seasons.

After a shaky first season in the desert, though, Greinke has put together back-to-back seasons of at least 200 innings and almost identical ERAs, posting a 3.20 ERA in 2017 and a 3.21 ERA in 2018. There’s value there, no doubt, but is Arizona willing to eat any of that money in order to get a better prospect haul in return? We’ll find out soon.