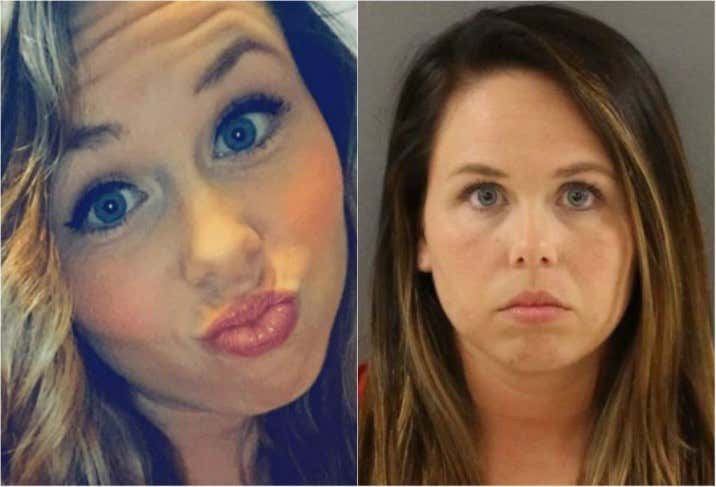 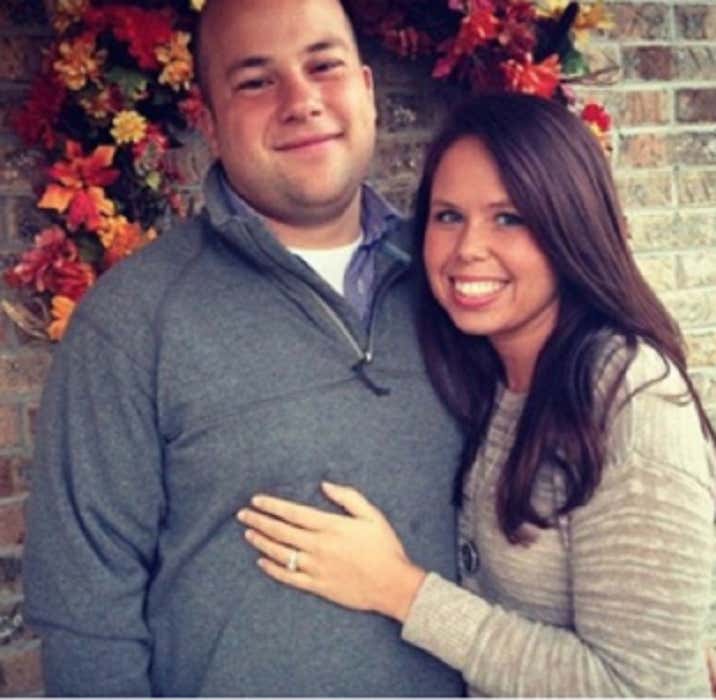 Tennessee – He wanted it.

That’s what the wife of a former South-Doyle High School football coach says about the teenage boy she lured into her marital bed after her husband invited him into their home, court records show.

Kelsey McCarter, 29, is asking a Knox County Circuit Court judge to toss out a lawsuit filed against her and her husband — then South-Doyle assistant football coach Justin McCarter — by a 14-year-old boy who says she repeatedly molested him after he moved in with the couple. …

Court records show the McCarters moved the boy, who was a football “trainee” of the assistant coach, and his older brother into their home with permission from his mother in July 2014. According to the lawsuit, the boys and their single mother were “experiencing domestic issues,” and Justin McCarter agreed to mentor them.

Kelsey McCarter soon lured the 14-year-old boy into a sexual relationship — behind her husband’s back, court records state. …

Her attorney says the boy was not sexually abused and, therefore, isn’t entitled to try to collect damages. The boy, he says, benefited just as much as Kelsey McCarter did from their relationship.

“By (the boy’s) own admission in the complaint, he continued to ‘submit’ to the sexual contacts with Ms. McCarter because he wanted to return to live with the McCarters,” Doug Trant wrote.

I’m assuming Doug and Julia Trant are a husband and wife team of attorneys. Who just so happen to be working to establish a legal precedent that will revolutionize the Sex Scandal Teacher industry.

By way of background, I wrote about Kelsey McCarter when she plead guilty last year. I didn’t grade her, since the wife of an assistant football coach is not actually a teacher. At least not in the classroom sense. I have every confidence that a 27-year-old married woman doesn’t bang a 14-year-old behind her husband’s back without teaching lessons in something. But I did say this:

I can see where Kelsey is coming from on this one. Every day she sees teachers willing to risk their careers for some of that teenage D. She’s got some living right under her own roof and doesn’t work for the school, so why not? Besides, she’s the one getting those kids up and making sure they’re going to school. She probably felt like she was owed a little something. Totally reasonable.

And with respect to Coach McCarter, I said this:

What we don’t know is how Justin McCarter feels about the whole situation. But if he’s like the football coaches I know, he’s worried about one thing and one thing only: How does it affect his team? If it divides the team or undermines your respect in the locker room, then it’s a bad thing. But if having his wife screw one of his players helps motivate his team and shows results on Friday night? There’s not a coach in America who wouldn’t take that trade off. If you’re a real football guy and the cost of keeping one of your stud sophomores playing through his senior season is letting him bone your wife, then that is a small price to pay. Don’t think for one second that Coach Taylor wouldn’t have pimped Tami out to Smash Williams if that would’ve kept him happy and gaining yards. It’s better to be a cuck than a loser.

A) The wife deserves some of that action all the teachers are getting, and

B) The husband just wants what’s in the best interest of the football team.

And they both believe that they were doing the right thing. Just helping a kid out. A troubled kid who was having problems at home with his mom. By having the wife bang him. That is a bold strategy, Cotton. And if it works, it will be a game changer for sure. We get hundreds of these a year now, when seducing your student is illegal. Imagine if what I’ll call the “That High School Kid Wanted Sex” standard becomes law? There’ll be no stopping the teachers. So best of luck, Attorneys Trent and Trent. America’s hot, female, deranged and sex starved teacher population is counting on you.