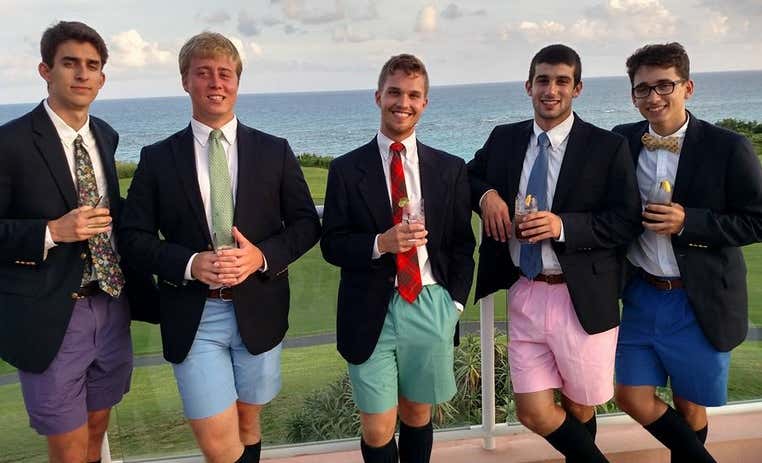 Source – In its typical performance of “Kiss the Girl” from The Little Mermaid, one of Princeton University’s all-male a cappella groups, the Princeton Tigertones, selects a woman from the audience.

The singers will playfully dance with her for a bit, and right before the number wraps up, they’ll pick a man from the audience, too. They might pretend to groom him, and spin him around, and then pull the duo together. And at the end, they declare that, in a node to the song’s title, they should kiss — and the couple will comply, sometimes on with a peck on the cheek, sometimes briefly on the lips. …

But complaints over whether the encounter is consensual and appropriate has prompted the Tigertones to discontinue the song until the members can perform it in a way that’s comfortable for the entire audience, the group said.

Last week, a sophomore student, Noa Wollstein, wrote to the student newspaper The Daily Princetonian that the song was misogynistic and “dismissive” of consent. This was the first time the issue was raised publicly, though the group noted that audience members have expressed discomfort over the performance before.

Remove the context of magic and mermaids, Wollstein wrote, and the lyrics blatantly encourage a man to try to make physical advances on a woman without her consent.

Before we go any step further, here is the performance of the song in question. Warning: Graphic content. Viewer discretion is advised.

And at the risk of offending the sensibilities of anyone still reading this far, not to mention sophomore Noa Wollstein and the other discomforted audience members who’ve been traumatized over it, here is the exact moment the violation occurs: 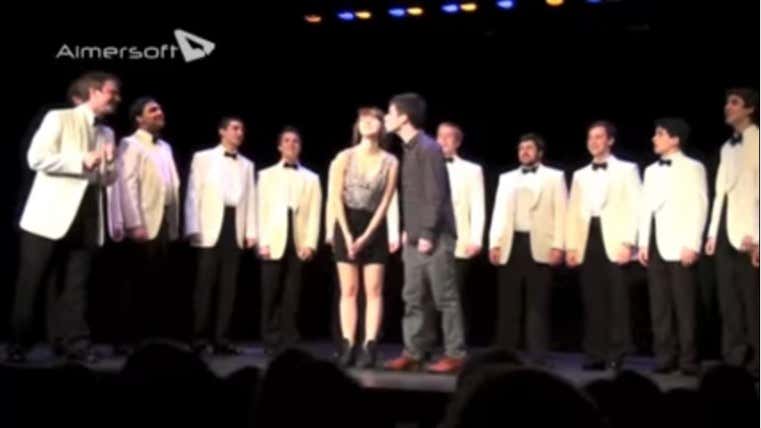 Did you see that? You’ll have to pardon my cisgender language and binary gender labels, but I’m just responding to the Princeton Tigertones in the way they perform this act of unwanted sexual contact, but the male put his lips RIGHT on the cheek of the female. And all she gave for consent was pointing to and presenting said cheek. He might as well have just put a cloth over her nose and mouth and said “Does this smell like Chloroform to you?” Nothing consensual or appropriate. Utterly misogynistic and dismissive of consent. Blatant encouragement of a (again, pardon my terminology) man to try to make physical advances on a (and again) woman.

And to what do we blame this? This complete disregard for the comfort level of Princeton students? The toxic masculinity of Ivy League a cappella groups, that’s what. Theirs has long been known as an aggressive, male-dominated, anti-feminist culture in which the patriarchy seeks to objectify woman and treat them as objects to be sexually conquered. Whether by seducing audience members with their harmonies and voice modulation, or by removing all the context of magic and mermaids out of Disney songs. For generations, the school administrations have tolerated it. And I for one am glad someone is finally speaking out against these A Cappella Alphas.

You’ve gotten away with this for too long, Tigertones. And finally the enabling is over. You’d never catch Here Comes Treble acting this way.