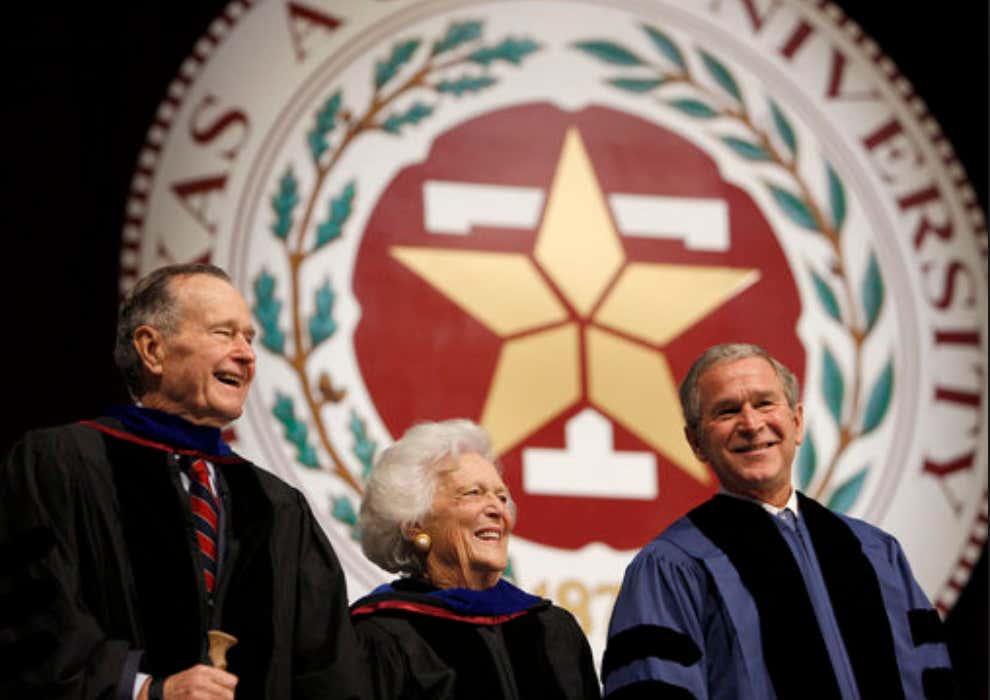 Today is President George H.W. Bush’s Funeral. Tomorrow, he will be laid to rest next to his wife at his Presidential Library in College Station, TX. Home of Texas A&M University.

Even though he didn’t go to A&M, he was (and will always be) a staple. I can’t count the amount of football games I saw him attend. In fact, he would frequently run (and eventually ride) out with the team. He popped into classes at The Bush School of Government and Public Service, named after him. He was at countless charity events and graduation ceremonies. He threw out first pitches at Aggie baseball games. I could go on and on.

He and Barbara even attended Johnny Manziel’s pro day where they sat in a golf cart and took in the circus while unedited Drake blared through the speakers.

Simply put: As odd as it may sound, the former President of the United State was a regular sighting in College Station. He fully embraced Aggies and Aggies fully embraced him.

Of course, it’s an emotional day for our country. And on a smaller level, for the university that I call home.

I’ve spent all morning reading about Aggies’ interactions with him over the many years he called Aggieland home. One of the coolest things I saw in the Houston Chronicle was that W told “Aggies women’s basketball coach Gary Blair that A&M and its campus life had ‘added 10 years to his dad’s life’ because they made him so happy.” 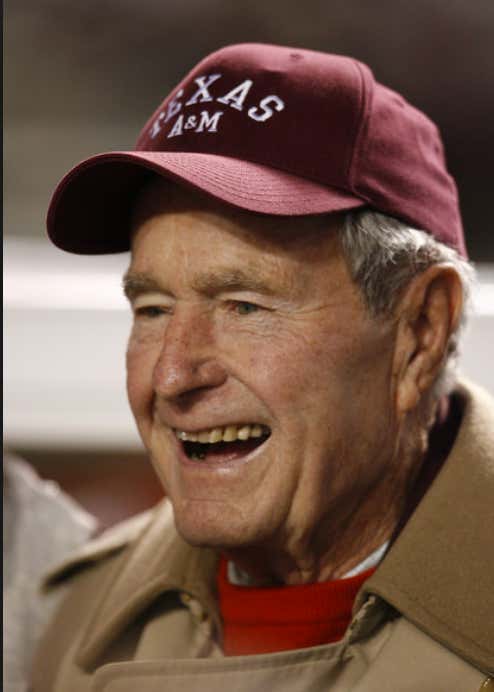 I only got to talk to him once in my time at A&M.

When I was sophomore, one of my jobs was to help run cables under the basketball court hours before men’s games. I knew 41 and his First Lady were inside Reed Arena that day because of the secret service detail, but I assumed they weren’t going to be around me. And I was wrong. 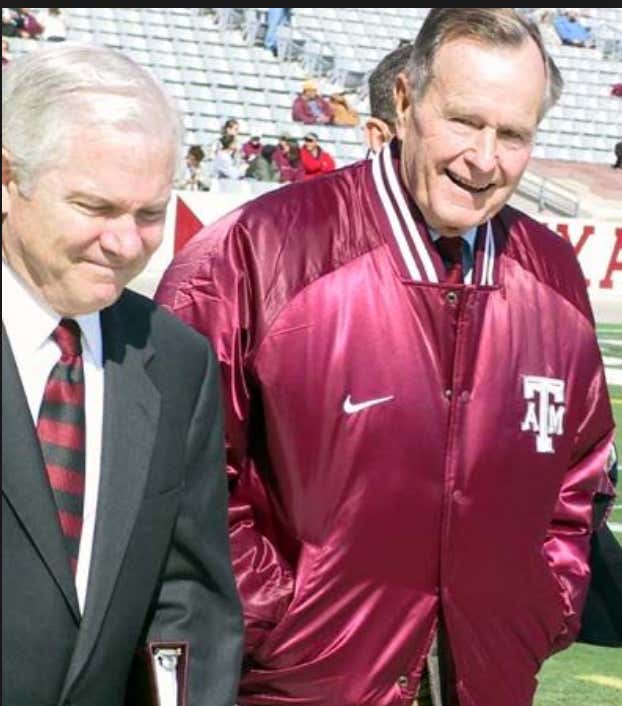 While I was down on the ground, I heard someone say “honey, do you need some help with that?”. I looked up and there was Barbara Bush with a huge smile on her face. Right behind her was 41. I introduced myself to them and they asked me what I was studying and wished me luck. The conversation maybe lasted two minutes. But I’ll never forget it.

For my one story that doesn’t matter to anyone else but me, there are thousands of the same. He was just that kind of man. She was that kind of woman. They made everyone around them feel like they mattered. 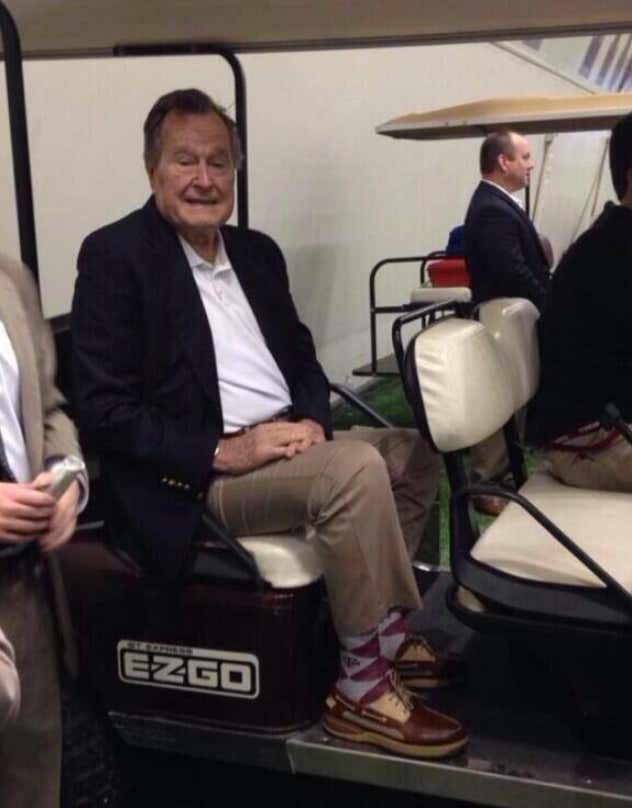 And they matter to Texas A&M.

This week, the athletic department announced that for the remainder of the 2018-2019 year, all athletic teams will wear tribute patches and helmet decals in HW’s memory.

“The tribute patch artwork is representative of the shield element from the official President Bush 41 logo. Additionally, as approved by the Bush family, the patch will incorporate Texas A&M University’s official colors of maroon and white to celebrate President Bush’s life and service while expressing the 12th Man’s love for him.”

Classy act from a classy university for the utmost classy man, leader and role model. Say what you want about A&M, but it’s a special place. And President George H.W. Bush was a very special part of it.