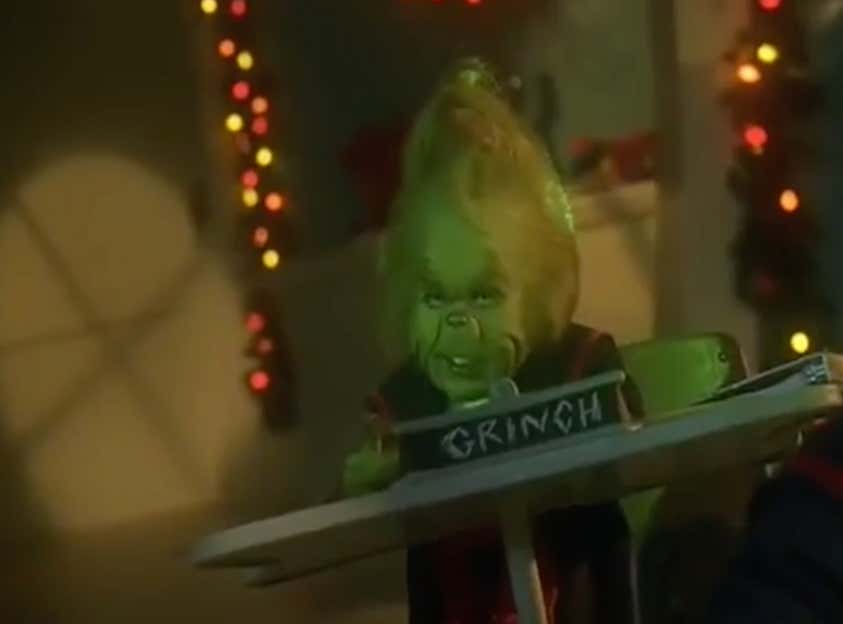 NJ.com- The substitute teacher who sparked an uproar by telling first graders that Santa isn’t real — and also took aim at the Easter Bunny and other creatures — will not be returning to school. Montville Schools Superintendent René Rovtar said Tuesday that the sub, whose identity has not been disclosed, is no longer working in the K-12 district.

The bizarre incident unfolded Thursday at the Cedar Hill School and prompted a parental outcry on social media. Rovtar, in recounting what happened the following day, said the sub had rebutted a student who asserted that Santa is real. From there, it got worse. Rovtar said the first graders peppered the sub with questions about the Easter Bunny, Tooth Fairy, Elf on a Shelf (the storybook ‘scout elf’ aiding Santa), and the fortune-granting powers of leprechauns. “She proceeded to debunk all of it,” Rovtar said on Friday evening.

Welcome to the unemployment line, Ms. Grinch! If there is a God, this woman will have to write why she was fired from her previous job before asking Uncle Sam for some cash and the people at the unemployment office treat her like a goddamn leper. And shout out to the Montville school system for acting as quick as they did even though if this was a full-time teacher, she would probably spend the next 20 years in a rubber room earning her full paycheck. While getting fired sucks, it sure beats the more suitable punishment of having to do Cersei’s shame walk from Game of Thrones.

I’d wish this lady good luck being able to afford Christmas presents for her loved ones now that she no longer has a job. But there is nooooooo way that someone who willingly told an entire class of 6-year-olds that Santa isn’t real buys anybody gifts during the holidays. The biggest of humbugs. And now it comes out that she didn’t just stop at calling ol’ Saint Nick a fugazi, but she also managed to ruin the Easter Bunny, Tooth Fairy, Elf on the Shelf, and leprechauns for all those kids. Fucking LEPRECHAUNS. Now a bunch of kids from New Jersey are going to watch this video and think it’s utterly ridiculous since they don’t believe in the magic of leprechauns.

Then again, I guess once the cat is out of the bag about Santa being fake, all those other magical beings immediately become fake in your head. Everywhere kids look, people talk about Santa being real. He’s in Christmas movies, mentioned in Christmas songs, and is the Mo Rivera of the Macy’s Thanksgiving Day Parade. Plus the gaggle of presents under the tree every Christmas morning always seems to be the work no mere mortal like your parents could do. Once the Santa secret is out, you have to be a fucking moron to believe in a giant egg-hiding bunny, a fairy with a tooth fetish, and a snitch ass elf that disappears if you touch him. I won’t discount leprechauns having fortune-granting powers however. That’s exactly what leprechauns want you to believe so they can horde all that gold for themselves.