Viewer video shows ATVs and dirt-bikes racing down the steps of the Art Museum while tourists look on.

“There were a group of people who arrived on ATVs and dirt bikes and motorbikes riding up and down the stairs,” said that viewer, who asked only to be identified as Ray.

It happened around 4:45 p.m. Monday. The riders were seen barreling down the steps and doing donuts on the plaza, leaving skid marks behind.

“Nobody got hurt, thank God, but had they gone out of control or lost control doing tricks somebody could have gotten killed,” Ray said.

ATV riding on city streets is an ongoing problem, but one police can do little to stop. 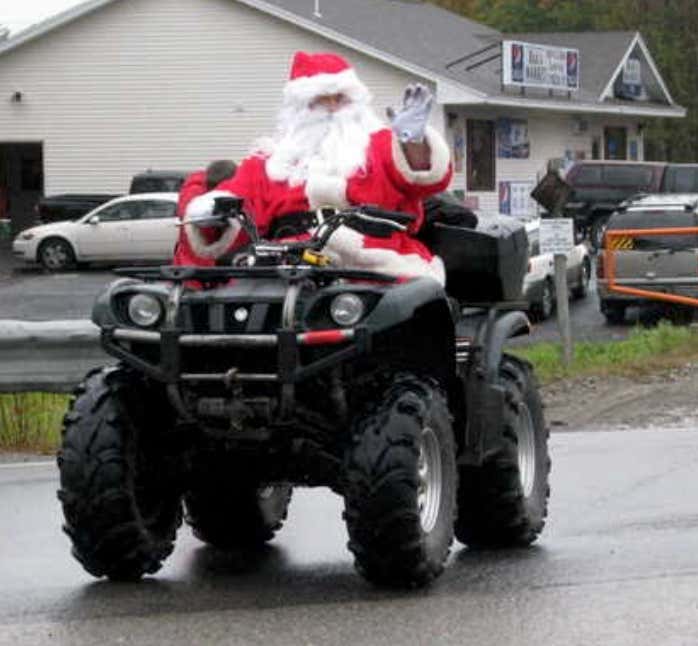 Ah, a Philly holiday tradition as old as the crack in the Liberty Bell…

I’ll always remember the days of yore with fondness, back when Dad would hand out our Santa hats, goggles, & ski masks, gas up the ‘ol Polaris, & send us screeching up all 72 of the Art Museum steps to see the tree & our city skyline glowing red & green for the holidays. <3 < p>

I can still hear him screaming, “Outta the way youse stupid fucks!” at all the tourists mimicking Rocky, but on account of the steps it only came out as, “Ouuuu ohhhh ehhhhwww ayyyyyyssss yuuussssseeee oooopid uuuuhhhhhhhh fffffuuuuuuuhhhhhh!”

After a few laps around the tree we’d leave our family initials emblazoned at the bottom by Eakin’s Oval in a series of elaborate skid marks, & then off into the darkness of the night, just like Chris Cringle, except with a large amount of police following us.

Once we threw them off we’d pop into Dirty Franks Tavern where he’d toss me some nickels to play pinball (even though he knew it cost a quarter, haha, Dads…) while he sipped upon gallons of Nog & Genessee until mom would come storming through the door in her candy cane patterned robe sobbing for us to come home.

These days the ATV & dirt bike enthusiasts have it a little easier than we did because, as a rule, officers in the Philadelphia Police Department are not allowed to pursue ATVs in their own motorized vehicles anymore. So pretty much these guys (and gals! It’s 2018 ya know!) have free reign of the streets… & they definitely take advantage.