WESTFORD, Vt. (WCAX) Steps from Route 128 in Westford a towering sculpture stands. We can’t show you it but people in town can tell you what they see when they drive by.

“It’s a big hand with a fist with one finger lifted up in an expression that we all know what it means,” said Mark Sustic of Fletcher.

“You can’t believe somebody went through all that work. It’s very big. Everybody got the message. But a lot of work went into it,” said Carol Jordan of Fairfax. 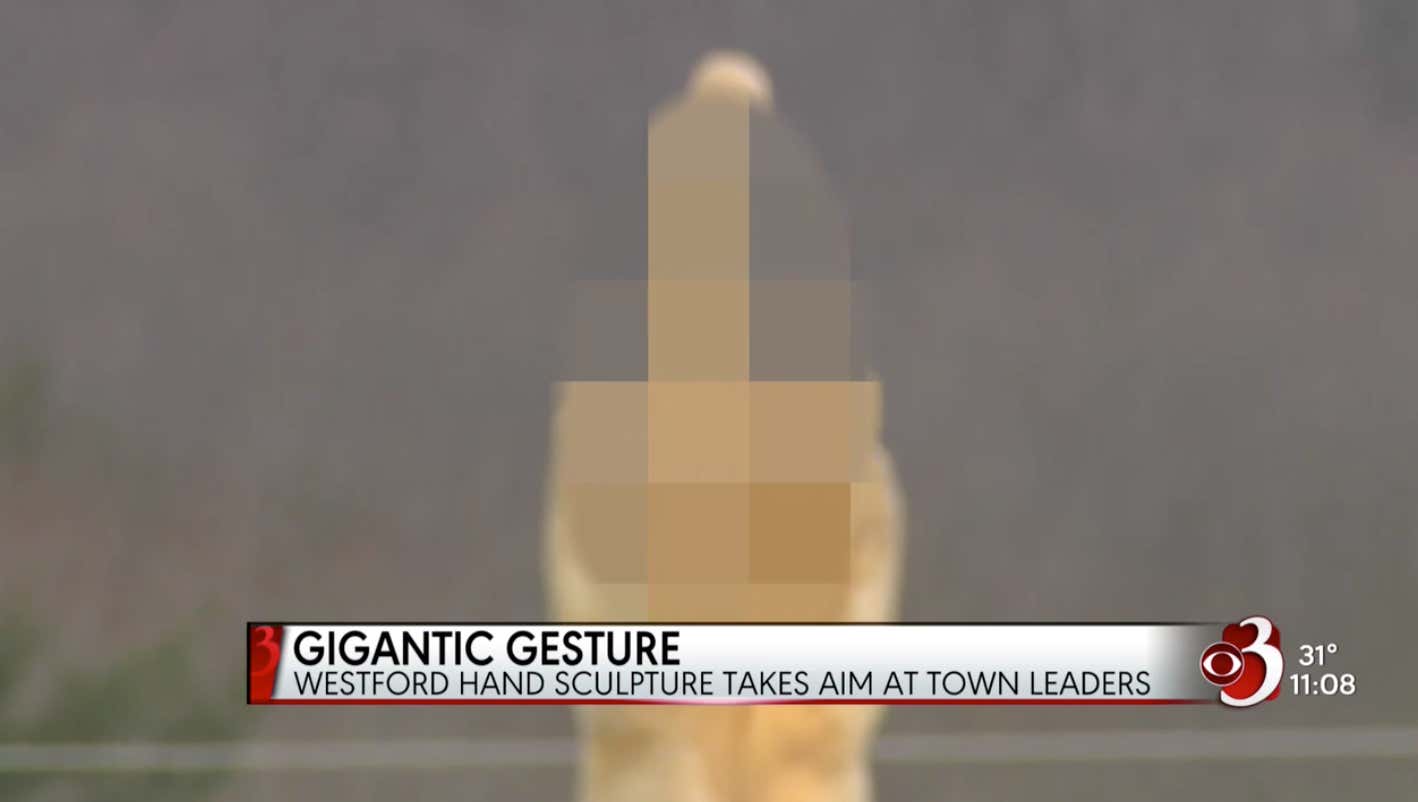 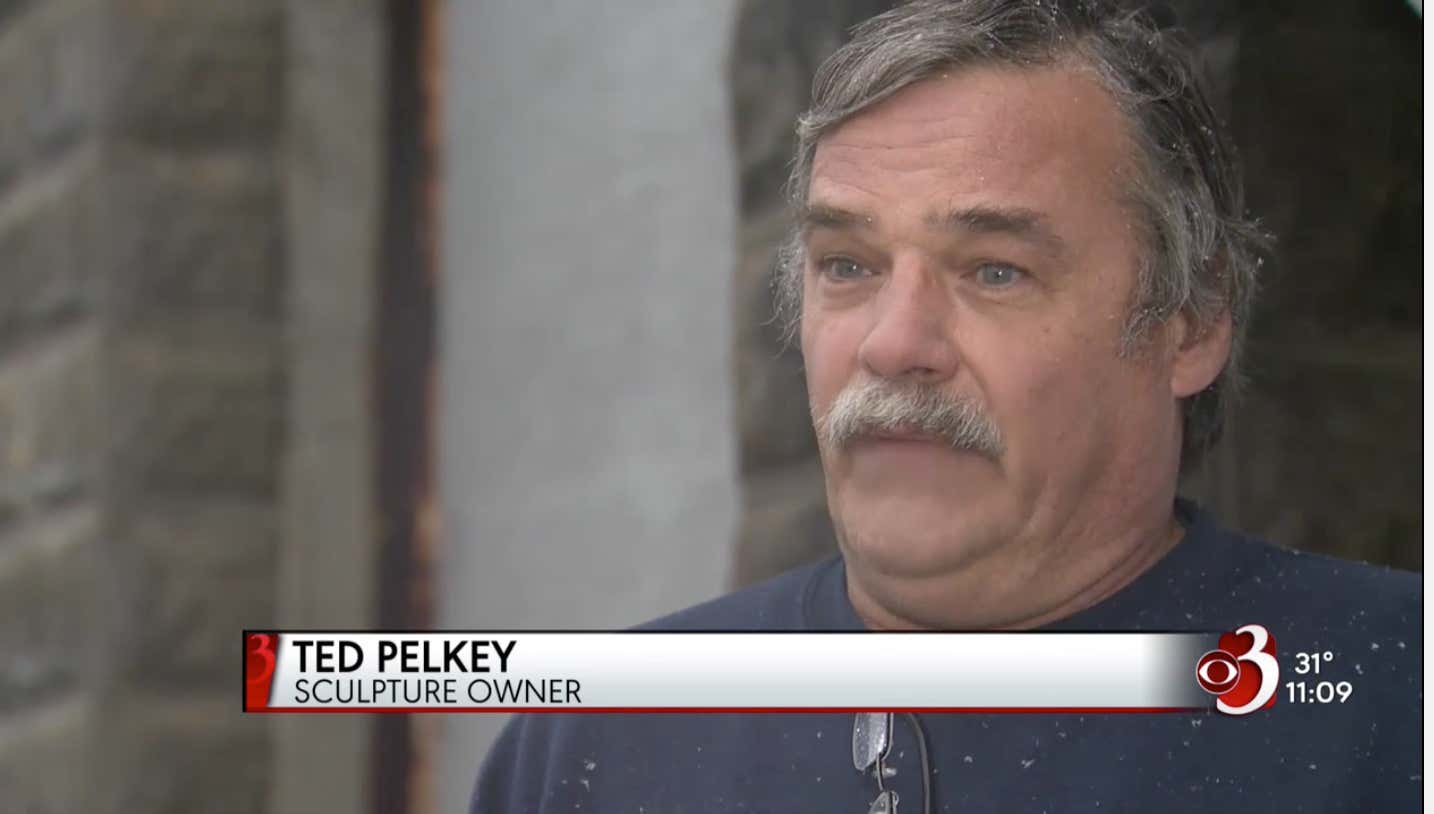 Reporter Cat Viglienzoni: So who is the statue intended for?

Ted Pelkey/Sculpture owner: It’s intended for the people who run the town of Westford.

Pelkey says it stems from a long-running dispute with the town over whether he can develop his property. He’d like to move his truck repair and monofilament recycling business there so he can take on more business and not pay rent in Swanton. But he says the town keeps putting up barriers and he believes members of the town development review board have a personal grudge against him.

“In my eyes, if somebody tells you they hate you right up front it’s a hate crime,” Pelkey said.

All Ted Pelkey wants to do is move his god damn truck repair and monofilament recycling business elsewhere.  Doesn’t want to pay the sky high Swanton tax.  That’s it.  Last time Ted and I checked this was America right?  Vermont is still a part of America?  You never know with those weirdos but I Googled it and yes, it’s still a part of the union.  Land Of The Free, well unless you’re Ted Pelkey recycling monofilament and repairing pickups.  Dealing with delay tactic after delay tactic, so what other option did he have to get everyone’s attention and let them know he means business?

Development Review Board minutes from last fall show the board was concerned about how the building would be used, among other things. Pelkey says he feels those are delay tactics. So he spent $4,000 to make a point.

We wondered if there was anything the town could do about this and called the select board. The select board told WCAX News that because this is considered public art, there’s nothing they can do about it.

It remains the most laughable thing in media censorship that people still blur out the middle finger.  Grow up.