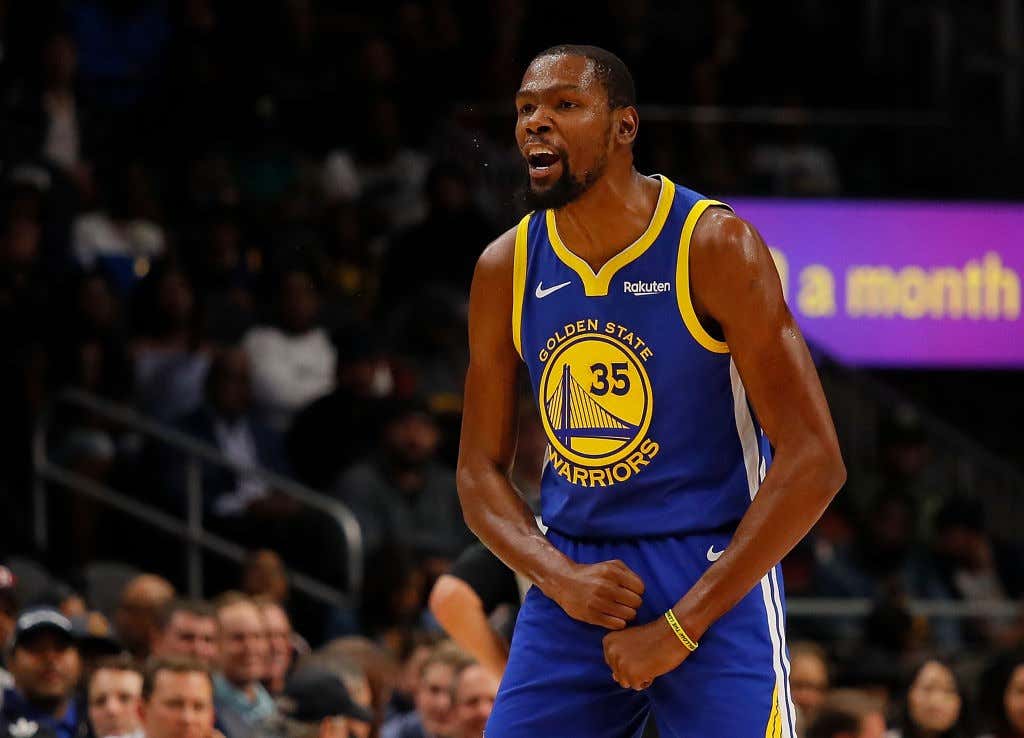 I’ll give the people of Atlanta credit, at least they actually attended a Hawks game. That’s where the credit stops though because I’m sorry, that troll chant was pretty sad. Not only did Durant make both FTs, but it was basically on par with these gems

Draymond hates you? That’s what you go with? Do you think Kevin Durant gives a flying fuck if Draymond Green likes him? Learn to troll for me one time ATL fans christ. Everyone knows that if you want to chant something to get under Durant’s skin, you go with “Steph is better”. That’s what really cuts him to his core. Everyone knows he’s sneaky jealous that Warriors fans will always love Steph more than him despite his two Finals MVPs. He knows this will forever be Steph’s team no matter what he does on the court. It’s why people think KD is going to leave the best basketball situation in the league just so he can finally be THE MAN. I get the thinking that this was the way to go given their dust up a few weeks ago, but I can promise you Kevin Durant gives two shits about Draymond. Now granted, they did try to redeem themselves with a KD’s leaving chant

but again, hard to troll the team that is kicking your dick in on the floor.

So let this be a lesson to any potential fanbase that is having the Warriors come to town. This Draymond shit doesn’t matter, the fact that KD might leave isn’t going to do anything. You want to get inside the brains of these guys, talk about the Steph vs Durant debate. You need to push at his insecurities and that will for sure do the trick. Sadly this was the only chance Hawks fans had this year and they blew it, so don’t make the same mistake they did if you’re a fan of a Eastern Conference team.

To be honest none of it will truly matter because if this team is healthy nobody will hang with them, but at this point before Boogie gets back a good troll chant is really the only chance the rest of us have, so I need everyone to be much, much better.