Link to video if Streamable doesn’t work on desktop

Okay so before we get going here, yes, I am very much aware that this isn’t technically a line brawl. But we need to come up with a word that describes this altercation because even though Nurse and Shore were the only ones throwing hands, everybody else was at least tied up. So it wasn’t just a solo fight but it also wasn’t a full blown line brawl. This is pretty much the standard for what we see these days anyway so it’s either we start considering this type of situation as a line brawl or we come up with another universal term to describe it as. If you are going to bitch at me for calling it a line brawl, just look at how many sentences it took me to describe the events that transpired there. I can’t fit all of those words in the headline so “line brawl” was much easier.

Anyways. While the tilt itself between Nurse and Shore was a good one, the main highlight from this clip is the Oilers dads up in the crowd. Pretty sure every team has a fathers trip at some point in the season and the Oilers have their old men with them on the road this week. Now granted, McDavid was out of the lineup last night and the team was already down 3-0 late in the game so it makes sense why the pops wouldn’t necessarily be full of energy at that specific moment. But you figure a scrum like that would at least elicit some sort of emotion. But nope. Just stone cold faces from all of them. 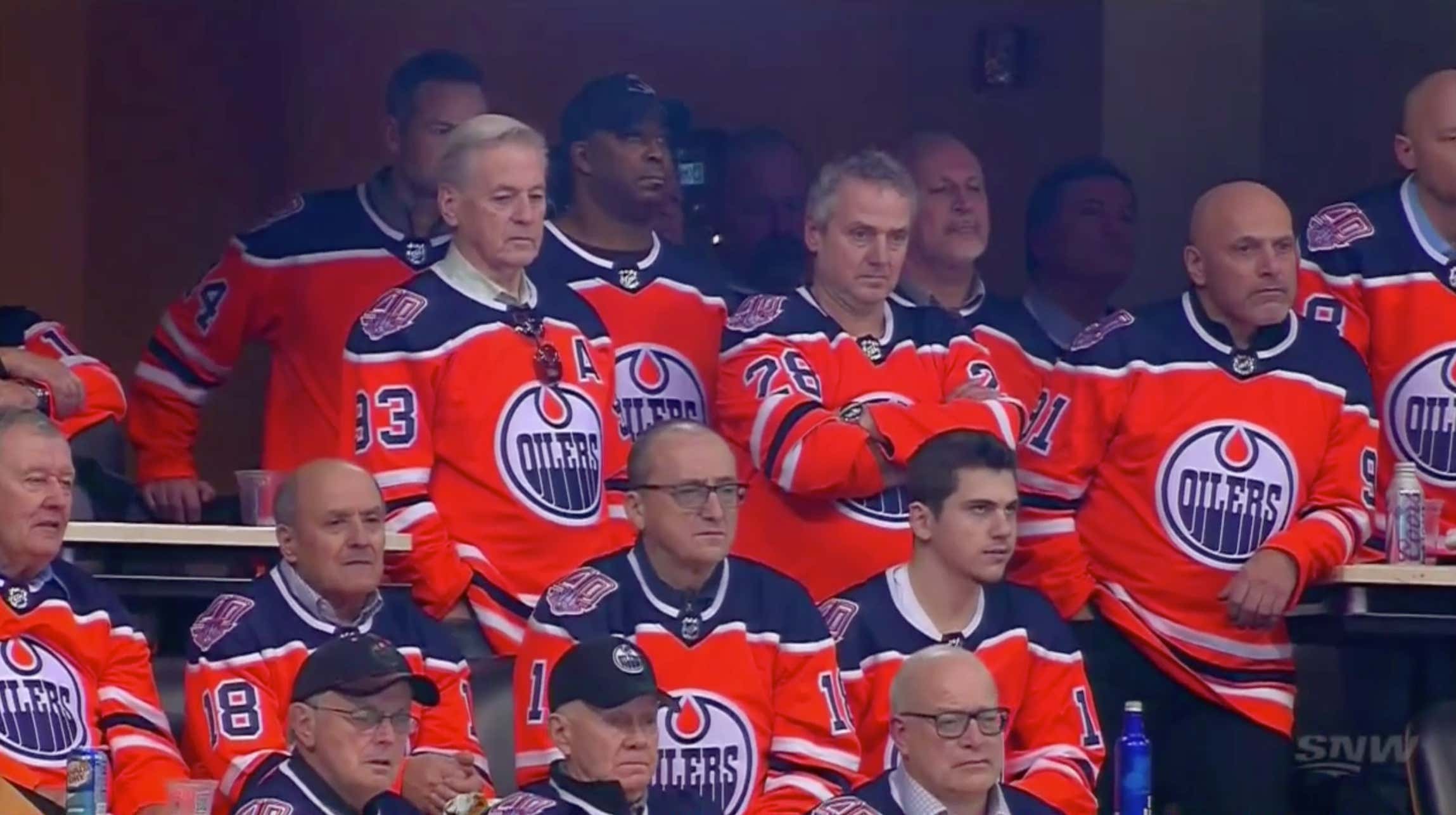 I mean just look at Kyle Brodziak’s dad in the middle there. Guy looks like he can’t remember if he turned off the lights to his hotel room before he left for the game or not. And he’s not even paying for the electric bill. He’s probably staying at a Marriott or something and he’s still concerned over possibly leaving the lights on. Not only is that an ultimate dad move, but it’s taking up more real estate in his brain than the game that is currently being played in front of him.

That’s how you know the Edmonton Oilers are in trouble. When they can’t even get the dads into the game. I mean all of these guys out there wearing an Oilers sweater came from these dudes’ balls. And they’re all like “yeah just get me outta here”. I understand the team has been playing better lately under Hitch but without McDavid in the lineup? Woah baby this team is bad. Just brutal to watch sometimes, even if they came from your balls. Not the best sign for the team Pete Chiarelli has built up there.