One week from today, on December 10th, the Nevada State Athletic Commission will sit down and decide how to punish Khabib Nurmagomedov, Conor McGregor, Dillon Danis, and Khabib’s entire team (Rizvan Magomedov, Abubakar Nurmagomedov, Zubaira Tukhugov and Esedulla Emiragaev) for the post-fight brawl that took place at UFC 229.

Once that’s completed, we’ll know when all of those men will be able fight again, and UFC President Dana White has names in mind for both Khabib and McGregor.

For the Eagle – Tony Ferguson. Big deal, no surprise. The Cursed Fight. I’ll believe it when I see it.

For the Notorious – Dustin Poirier.

Since suffering that brutal loss to Conor McGregor on his rise up the featherweight ranks, Poirier has gone on an absolute tear. It’s honestly like he’s been a changed fighter since he moved up to 155, because before the McGregor bout, he was good, sure…but right now he’s truly great, and would be considered one of the top lightweights in the world by anyone who’s watched him. 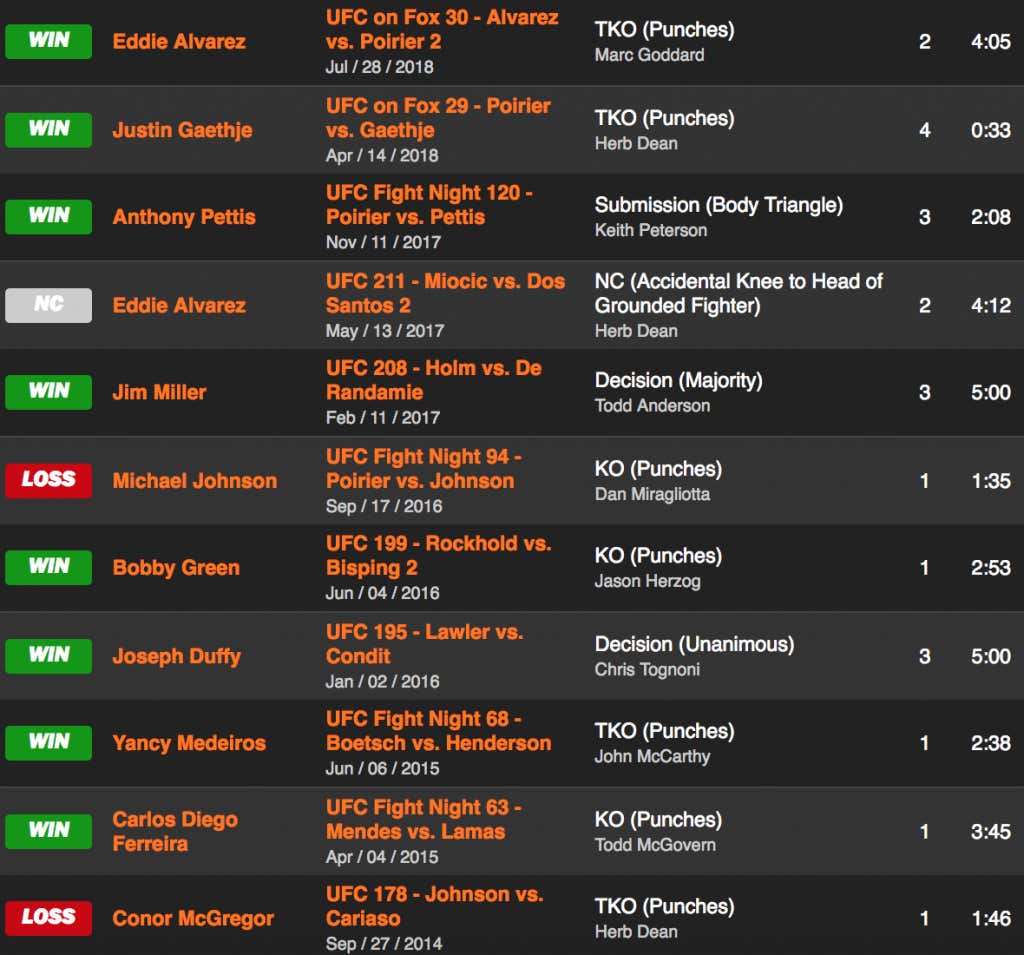 I think this is a great fight for McGregor – a tough one, no doubt – but a great one. My official prediction is the Champ Champ via TKO, first round – and it’s also my prediction for McGregor vs Ferguson, the bout he’s got after Poirier now – but we won’t look ahead of Dustin just yet. I’ll wait to expand my entire thoughts until the contest becomes official, or at least looks to, though, so I don’t waste either of our times like I did with the “Cowboy” Cerrone rumors.