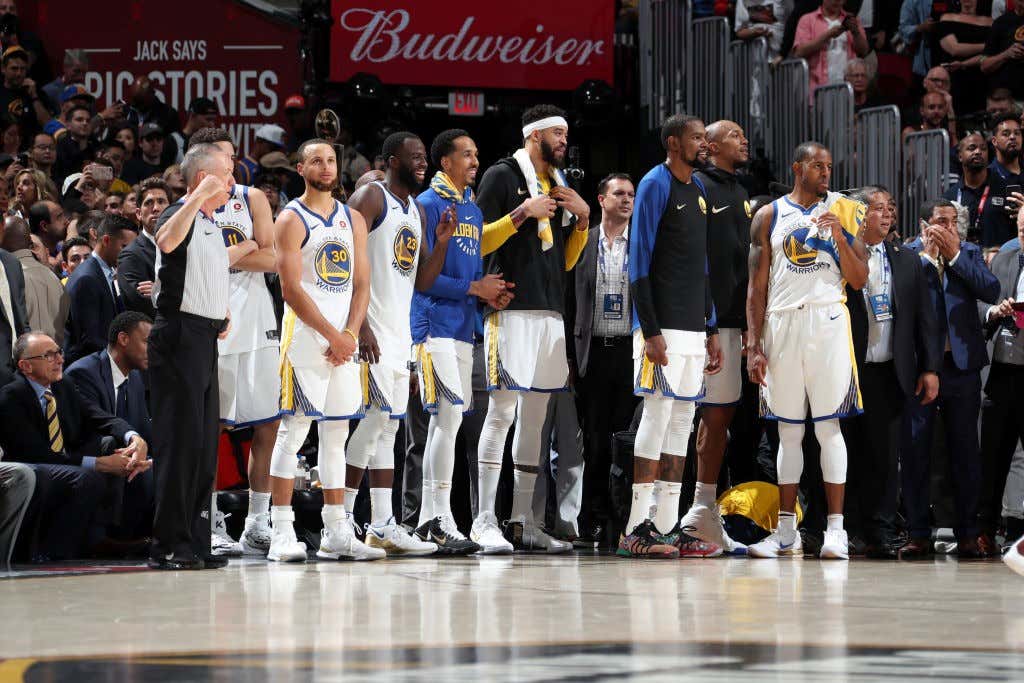 [The Athletic] – “We’re so tight, people don’t even know what we went through,” West said then. “They trying to find out. …Y’all got no clue. No clue. That tells you about this team that nothing came out.”

According to sources with knowledge of the situation, the Warriors dealt with a team-wide meningitis scare in mid-March that was the root of West’s infamous comments. An outside vendor who handled the team’s food on a daily basis contracted a contagious form of the disease, then survived a life-threatening challenge before eventually returning to work with the team.

But at the time, with the concern peaking in between a road game at Minnesota on March 11 and a home game against the Lakers on March 14, the internal fear was great enough that extensive precautionary measures were taken to ensure the meningitis didn’t spread to their super team. The Warriors declined to comment for this story.

Well, that sure is an odd twist I didn’t see coming. Last year after the Warriors won the Finals, David West had that quote that people had no idea what the Warriors went through. I’d say a meningitis scare and a vendor battling a life-threatening disease will do just that.

Ammick goes on to talk about how the Warriors even had to change practice facilities at one point because of the scare. This all apparently happened when the Warriors lost 10 of their last 17 as well.

Shout out JaVale McGee for one of the best quotes I’ve seen in quite some time:

“I grew up in the hood,” JaVale McGee, the former Warriors center who is now with the Lakers, told The Athletic. “Meningitis isn’t something I’m scared of.”

If you would have guessed meningitis you’re some sort of oracle because that’s not something I’d ever guess.