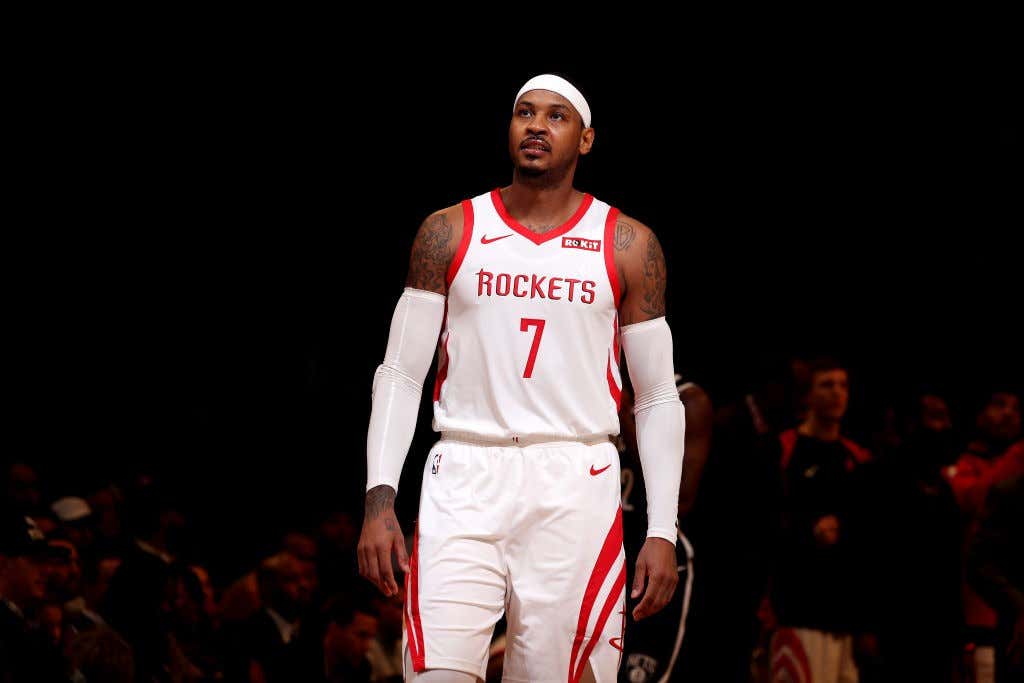 Uhhhhh hey NBA executives, no kidding. We’ve all been able to tell Melo’s playing days should have been over for a while now. But sadly, after this latest failed stint with the Rockets, it appears that NBA front offices are starting to catch on if you believe Windy here. Honestly, it’s a sad ending for a guy who had a HOF career, and it makes you wonder what a little self awareness would have done for Melo. In his mind, he’s still prime Melo, one that should be starting and taking all the shots. Unfortunately for him, he actually has to play in games and that Melo hasn’t been around since like 2016 and that’s being generous. At the same time, there are so many teams that actively want to lose, I don’t see how a GM of any of those tanking teams can resist a guy who will almost guarantee you a high lottery pick.

If you’re the Bulls, Kings, Suns, hell even the Knicks, I don’t see how you don’t at least kick the tires. You all see how good this draft class might be right? You have teams out there like NYKJ who are 4-6 over their last 10. How do you stop a team that should be losing but is playing well? You bring in Melo. You see initially teams like OKC and HOU brought in Melo because they probably thought he was a veteran player that could help spread the floor and help them get over the hump. Well what if Melo’s best role now is coming in as a ringer for a tanking team to help lock up a top draft pick. What does Melo want? Shots. What do those FGA lead to? Losses. All of those teams minus the Kings need as many losses as possible, so I don’t see how this is a bad deal for everyone involved. Sign Melo for the minimum and watch him work his magic and next thing you know you’re watching Zion or RJ Barrett hold your jersey on Draft Night. He gets to be annoying and refuse to walk away while jacking up god awful shots, and you ensure you don’t get carried away and start winning games you shouldn’t be.

Would it be a huge fall from grace for a player who was one of the best scorers the league has seen? Sure. But what if the Knicks bring him in and he rebuilds that relationship by getting them a top 3 pick. All that hatred towards Melo has to be forgiven right? He couldn’t bring them to the promise land as a player, but his lasting memory will always be how he helped them land Zion. I feel like that’s exactly how his career has to end.

It’s just sad Melo can’t realize when to hang em up, but don’t let this recent spiral at the end of his career confuse you. Prime Melo was an absolute monster