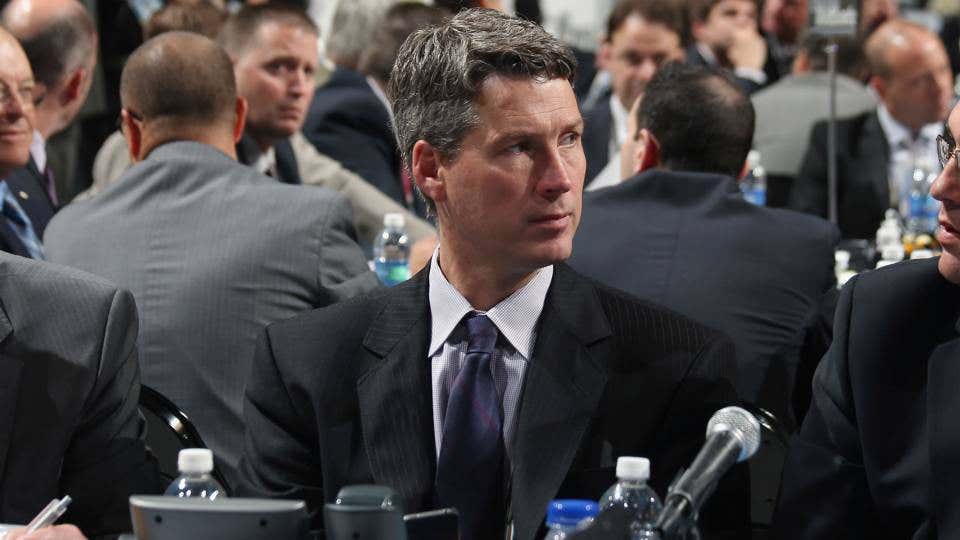 As soon as it was announced that the Flyers would be firing GM Ron Hextall, the rumors were already out there that Chuck Fletcher was the favorite to be Hexy’s replacement. Is he the sexiest hire in the world? Both literally and figuratively, not exactly. Chuck Fletcher looks like a stepfather who tries to get his stepchildren to call him “dad” but they just call him “Mr. Fletcher” instead. He looks like his favorite beverage is a nice tall glass of room temperature milk. And as far as the hockey aspect of this hire is concerned, his resume looks very much like one that a Paul Holmgren led Flyers organization would be interested in. He’s consistent enough to have his teams make it to the playoffs for 6 straight years in Minnesota, but those teams never advanced out of the 2nd round. Now granted they had to go up against the Chicago Blackhawks in the heat of their dynasty in 3 of those seasons, but the point remains that Chuck Fletcher teams to date have been consistently better than average but not great. The exact type of teams that generate revenue but don’t completely change the game, ya know? Which again is exactly what Comcast is probably looking for here in terms of a hire who can keep the money rolling in without getting too risky.

Now as soon as you bring up Chuck Fletcher, the two big signings that immediately get brought up as a black eye on his resume would be the Zach Parise and Ryan Suter contracts. They both signed for a matching 13-year, $7.54M AAV in the summer of 2012. Now in hindsight, sure, it’s pretty easy to hold those contracts against Fletcher. Though the team has never missed the playoffs since those two joined the team, it’s been tough for both of those guys to live up to the expectations that came along with those contracts. Parise hasn’t been able to play a full season since signing with Minnesota (besides the lockout shortened 2012-13 season) and has only scored 30+ goals with Minnesota once. Last year he only played in 42 games and had 15 goals. Suter has had better luck staying healthy for the most part but he just wasn’t dominant enough to stop guys like Kane and Toews on his own in the playoffs. Considering both of those guys still have 6-years left on their contracts and they’re 33/34-years-old, it doesn’t look great. But there are 2 things to keep in mind about that. The first being that in the summer of 2012, they were both two of the top free agents on the market. Any team would have signed them and Fletcher was able to land both of them. The second thing being that there are now rules in place to prevent any ridiculously front-loaded extra long-term contracts like those from being signed. So you don’t have to worry about Chuck Fletcher coming in here and signing a guy in his late-20’s through his early 40’s. In hindsight, yes, the contracts look bad. But at the time when there weren’t any rules against 13-year deals and when both guys were in their prime? It’s really tough to hold that against Chuck Fletcher.

Here’s another thing to keep in mind–before Fletcher went out and signed Suter and Parise, the Wild had missed the playoffs in each of the previous 4 seasons. So he was at a point where he needed to make a major splash to turn that franchise around. When he comes to work in South Philadelphia, the bulk of his job has already been done for him. The place where Ron Hextall left the Flyers would be an ideal situation for any new GM to come into. There’s already an established core. There’s already a ton of great young players either already on the team or just waiting in the pipeline. The Flyers have plenty of cap space and they have all of their draft picks still remaining. The goalie of the future is already set with Carter Hart and now it looks like Anthony Stolarz can be a legitimate piece in that goalie tandem with Carter. Are there some trades he can come in and make right away? Absolutely. But does he need to come in and make a major splash either via trade or free agency this summer? Not at all. The only thing he can’t do is trade some great young prospects for aging players with terrible contracts. As long as he fails to fall into that Holmgren type of trap, all the pieces are in place for him to mostly just sit back and let this team correct themselves on their own.

But one of the biggest jobs for Chuck Fletcher to take care of right away will be when it comes to the head coach. Now if you’ve read anything that has come out about Ron Hextall over the last 48-72 hours, you’ll know that Hakstol probably wasn’t given the fairest chance to coach under Hextall’s management. Personally, I don’t think that Hexy’s micromanaging would be the sole reason that this Flyers team has remained so stagnant and mediocre under Hakstol’s tenure but I would be surprised if Fletcher at least gives Dave Hakstol a month or so here to prove he can be the guy. And if I know Dave Hakstol like I think I know Dave Hakstol, he’ll probably fail in that test and the time will come for Fletcher to make his biggest stamp on the organization by bringing in a new coach. One name that sticks out the most, as it should?

The Fletcher family and the Quennevilles have plenty of history and connections. So if Chuck Fletcher is able to land Q in Philly then this hiring will be worth it right then and there. Everything else would just be house money at that point. And if it’s not Q, then Chuck Fletcher also obviously has ties with Mike Yeo. Obviously anybody with a brain would pick Quenneville over Yeo but I think Yeo is a guy who can at least come in here and get the Flyers to start playing with some goddamn intensity. Personally I don’t put a ton of stock into coaching systems or anything like that. It’s the National Hockey League, not the NFL. These guys aren’t calling a bunch of 3rd down plays or shit like that. You either need a legend like Quenneville in the locker room or you need a motivator who will get the boys fired up unlike that statue Dave Hakstol. Yeo has that potential but yeah, obviously we’ll all be on Quenneville Watch here moving forward.

Anyway, this seems like a pretty safe hire for the Flyers. Chuck Fletcher is a guy who has proved himself in this league and has plenty of experience at the management level. The Flyers probably didn’t want to take a chance on a guy who has never held the position before and out of all the available candidates to replace Hextall, Fletcher was the guy who fit their criteria the most. Proven, went to Harvard, didn’t play for the Flyers before, etc. etc. Would I have loved to see a guy like Bill Zito get the job instead? 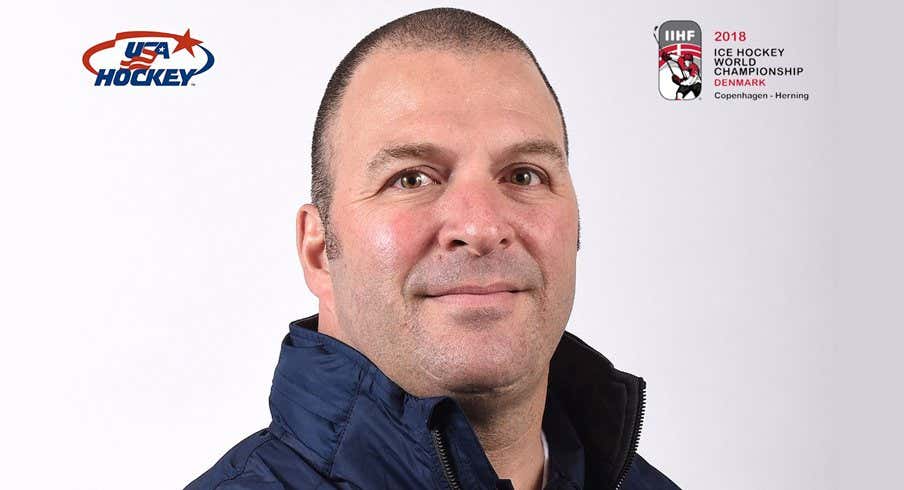 Obviously. But that’s just because I think he looks like a mob boss who would fit in perfectly in South Philadelphia. One of those guys who has extremely strong opinions on where to get the best cheesesteak in Philly. But maybe Zito can still come in here to work under Chuck Fletcher. Who knows. Either way, this isn’t a hire that should give Flyers fans immediate expectations of winning a Stanley Cup but it’s also not a hire that should send people into panic mode. In other words, this is a very okay hiring.