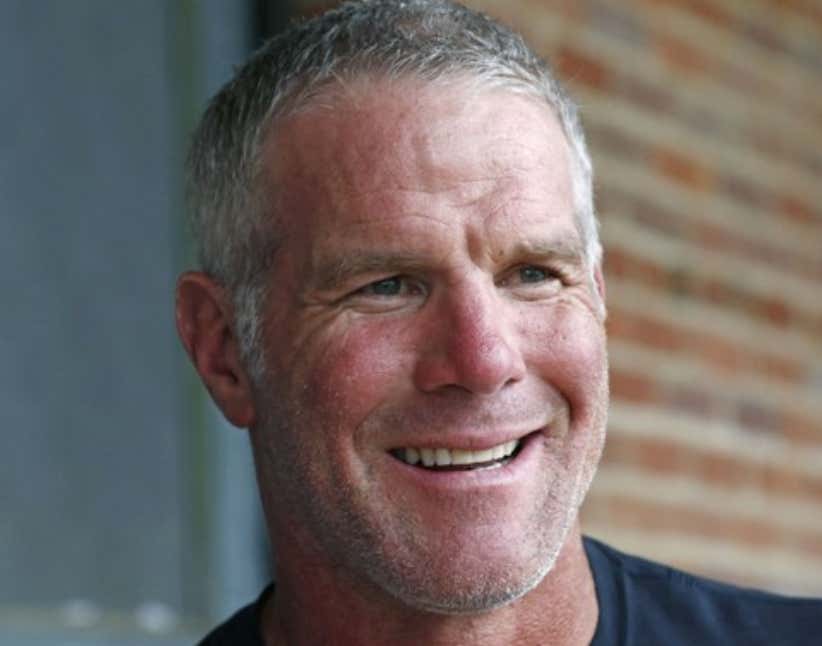 Over the weekend, it was revealed that Brett Favre was duped into using anti-Semitic language in a personalized video recorded for a group of white supremacist YouTubers. Now, Favre is expressing regret about not being vigilant enough to avoid being tricked.

It happened when Favre fulfilled a request on the app “Cameo,” where users can pay to have celebrities record short, personalized video messages for them. The Hall of Fame quarterback was paid $500 by noted hate groups the Handsome Truth and the Goyim Defense League, who provided Favre with a script that was carefully crafted to include veiled anti-Semitic rhetoric without being too outwardly obvious.

Oh no, Brett. How do you read this thing out loud and have NO IDEA what you are supporting? I mean then again, this is 49 year old Brett Favre. His brain is probably equivalent to an 80 year old man right now. Brett was on this new app called “Cameo” where you get paid by people to shoutout messages for them. He was paid $500 to do this which I imagine he didn’t need and this was more to engage with fans on social media. Well, an Anti-Semitic group called the Handsome Truth duped him into recording a message using coded anti-Semitic language. Not great!

“Brett Favre here with a shoutout to the Handsome Truth and the GDL boys,” Favre says in the shaky video. “You guys are patriots in my eyes. So keep waking them up and don’t let the small get you down. Keep fighting, too, and don’t ever forget the USS Liberty and the men and women who died on that day. God bless and take care.”

“Small” stands for “small hats,” a slur for yarmulkes. I honestly didn’t know that and I’m half Jewish, so I don’t fault Brett for that. The USS Liberty was an American spy ship that was attacked by Israel in 1967 where two-thirds of the crew were killed or injured. Accounts from the survivors of the ship claim Israel deliberately attacked the ship knowing it was an American ship. There’s probably a handful of you who knew any of that so there’s no way we can expect Brett to. He’s got to have an agent or a PR guy watching his every move when he’s dealing with any kind of technology these days. Brett probably shouldn’t be allowed to have a phone at this point in his life. If you need to contact Brett just reach out to his wife. Bus Cook was his agent in the NFL, where is that guy? Poor Brett, he apologized later on after realizing what he did. 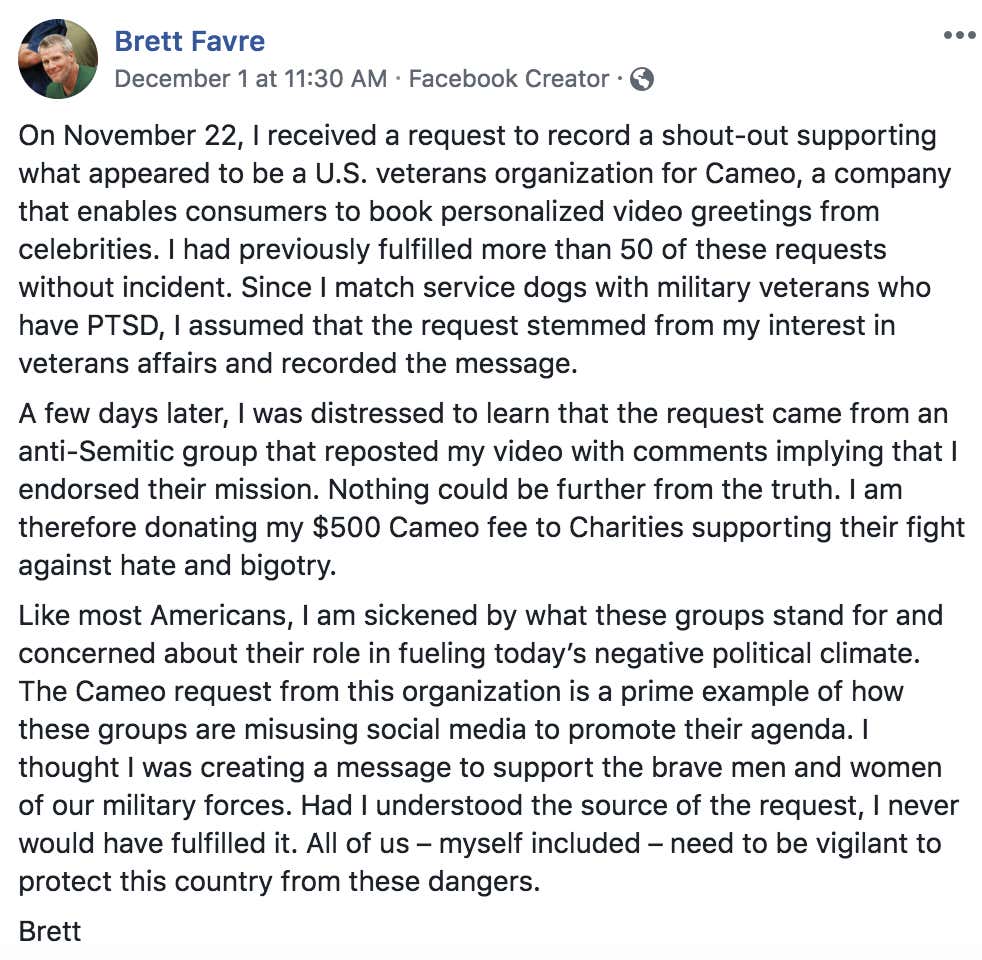 At least he donated the entire lump sum of $500 to charity. Very big of him, that should clear things up.

Bottom line: No more phone for Brett. No more social media apps. Just give me some Wrangler commercials here and there so I know you’re still alive.