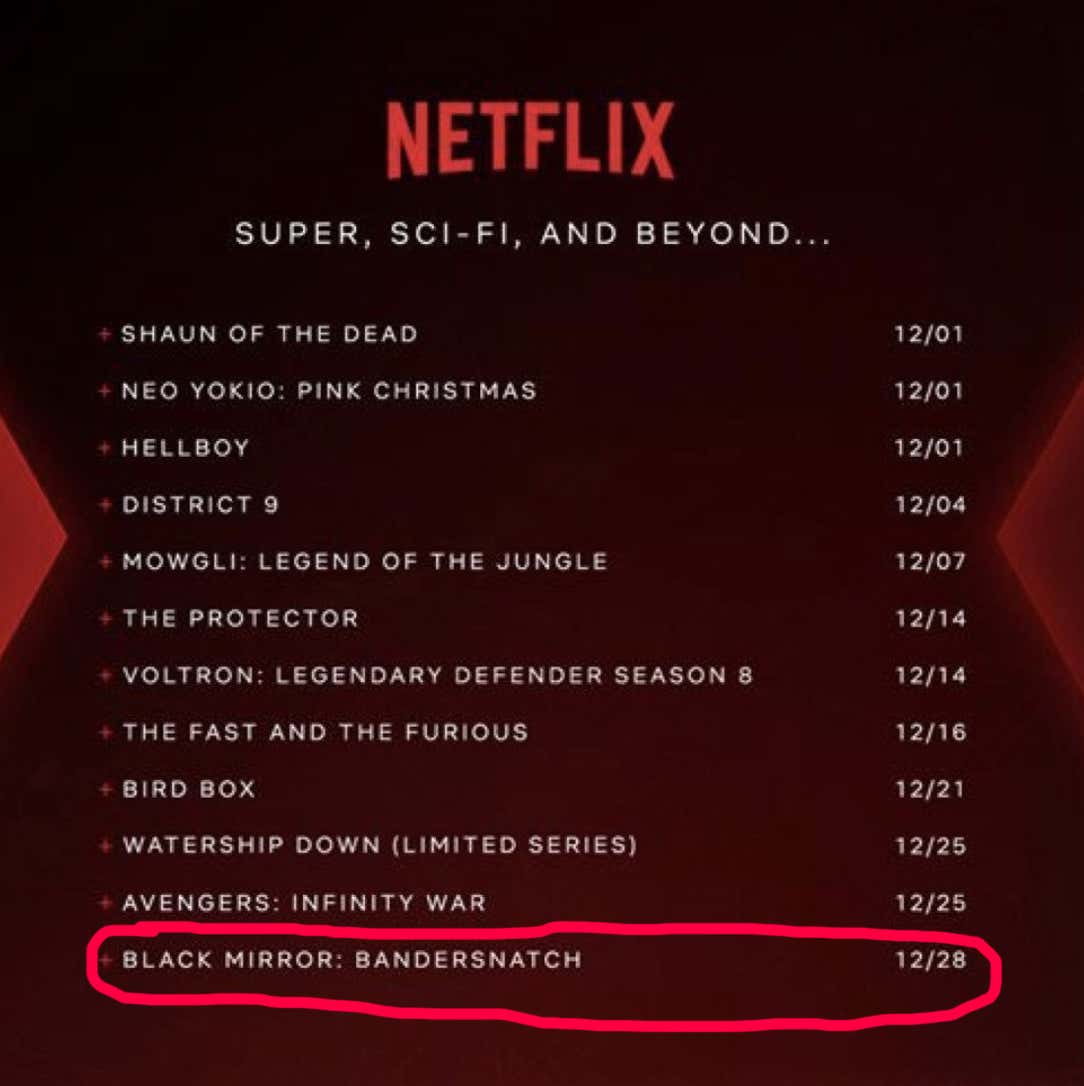 EW – We might finally get some more Black Mirror this month.

Netflix reportedly tweeted a premiere date for a single episode of the acclaimed anthology drama from an official account, then quickly deleted it.

The date: Friday, Dec. 28. The timing lines up last year’s season 4 release date — those episodes were released on the last Friday of 2017.

In the most obvious “leak” of all time, Netflix “accidentally” tweeted-and-deleted the Black Mirror season 5 release date – Friday, December 28th.  “Whoops!”  “Damn, we mistakenly got the entire internet talking and speculating about our show!”

But it worked.  Black Mirror is all I thought about all weekend.  Instantly fired up my favorite past episodes.  Instantly replayed the KFC Radio where I pried open KFC’s mouth and shit down his throat about how Metalhead was actually good.  (Here is my Season 4 scorecard, including my overall episode rankings at the bottom.)

Now we got our first episode title – “Bandersnatch.”

Could it be the “Choose Your Own Adventure” episode?

The new episode’s title: Black Mirror: Bandersnatch, which is speculated to be the highly anticipated interactive “Choose Your Own Adventure” episode.

Also, check out this easter egg that some unbelievably perceptive fan with a very high contact prescription found wayyyy back from Playtest in Season 3:

So what is a Bandersnatch?

She appears in the 2010 movie as a jaguar-like creature under control of the Red Queen. She is large, with a barrel chest and fore-paws that are quite dexterous. Its covered in shaggy white fur with dark gray spots, and has a somewhat flat (but not pug) face, with a wide mouth that has multiple rows of sharp teeth and a long tongue. She also has a long tail. She doesn’t speak, but seems at least somewhat intelligent. Evidently, she has extremely venomous (or otherwise poisonous) claws, wounds from which will ‘putrefy’ unless treating by someone with evaporating skills-barring that, they may also be treated with the saliva of the Bandersnatch on its own.

Here are the different imaginings of the Bandersnatch: 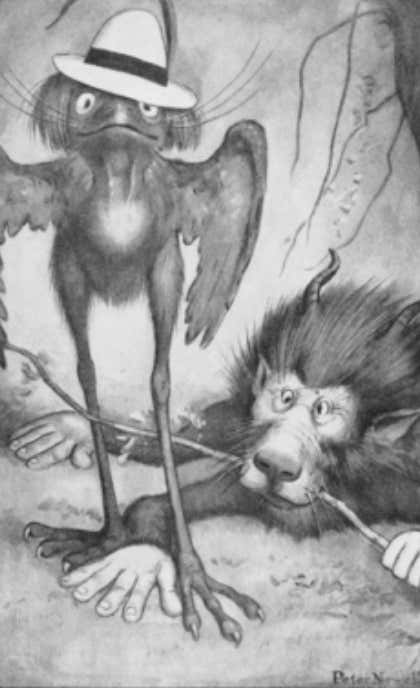 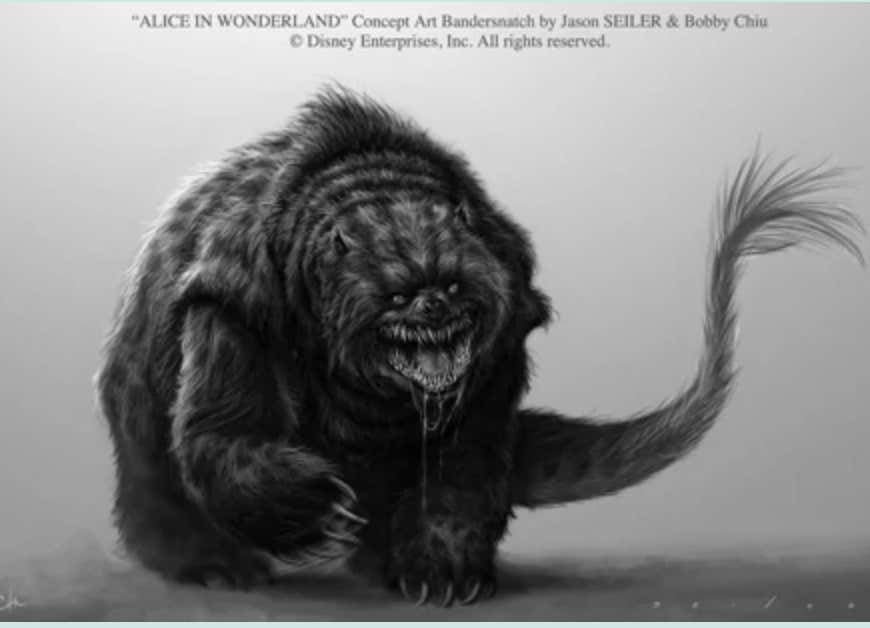 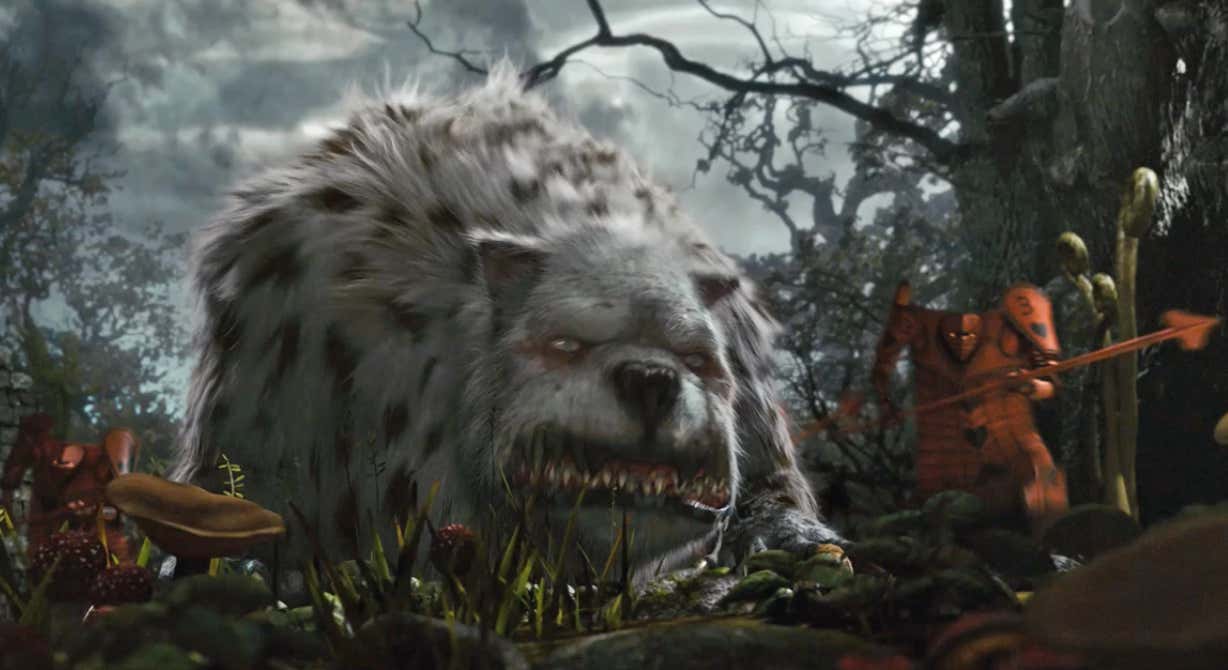 You can read between the lines and try to come up with some possible technology-based themes around the description:

What we do know – the last “Christmas Special” Black Mirror episode was the best one of the entire series.  So I’m excited.