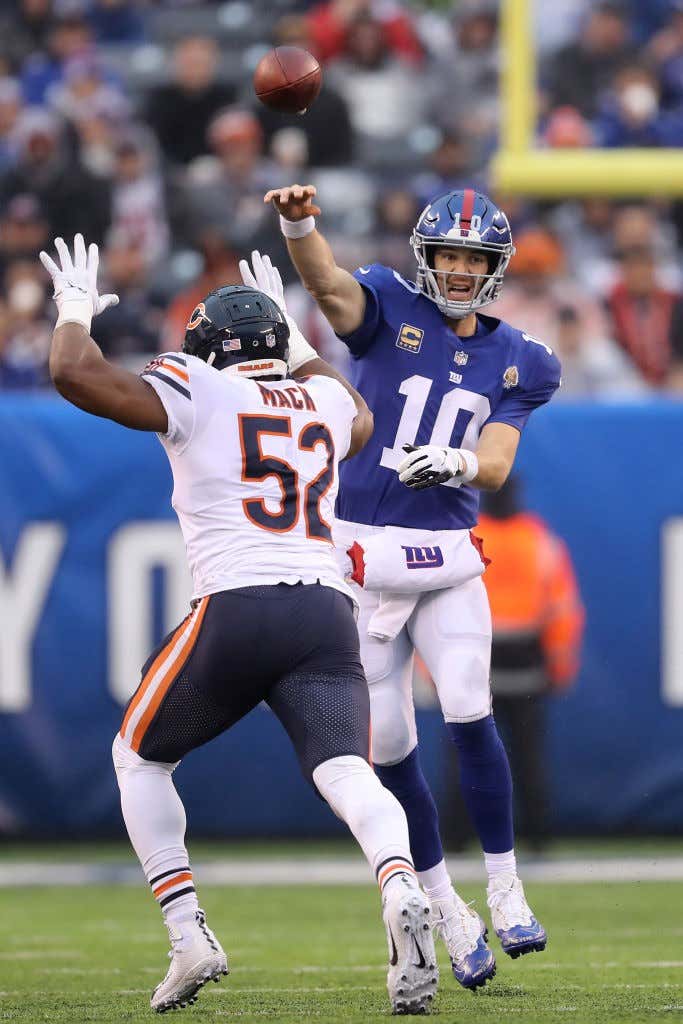 I know I should be rooting for the Giants to lose as many games as possible in order to get the best position possible in next year’s draft. But when your franchise quarterback is squaring off against one of the best players in the NFL, all that stuff goes out the window once the adrenaline starts pumping. Yeah I guess you can say it was technically Eli Manning vs. Chase Daniel. But they were never on the field at the same time, while Eli and Mack were. So I’ll chalk up today as a win for future Hall of Famer Eli Manning and a loss for future Hall of Famer Khalil Mack in an absolutely thrilling game that their busts will talk about once the lights go out in Canton. Does the result change if Mitch Trubisky is playing? Maybe, maybe not. Does the result change if Plax didn’t shoot himself 10 years ago? Maybe, maybe not. That’s all butterfly effect stuff.

In the end, I’m just happy the Giants fans that braved the elements to attend the game got to watch an exciting win and then some.

Oh yeah and I’m happy for Aldrick Rosas, who should be getting an all expense paid trip to Hawaii at the end of January.

You know, the Giants playoff hopes are still alive until one of the teams above them in the NFC East has 9 wins…