Since this is shaping up to be a Super Bowl run for the Chicago Bears I just wanted to remind everyone of a great play that happened when these two teams met in the playoffs on January 5th 1986. This is what happens when a Defense/ST puts the fear of God in you. The 2018 Bears D has the feel of the same type of greatness.

The Bears lead the Giants 33-23 all time including the playoffs.  Not surprised since Chicago is superior to New York in every way.  I don’t see a scenario today that would prevent the Bears from taking their 34th victory from the Giants. A week of full live practice reps makes Chase Daniels one of the most dangerous QBs in the NFL. Elisha Nelson Manning’s best days are far behind him. Mack and company will help Eli decide to hang them up after the season.

Global warming is making it harder for the Bears to get the weather advantage in these games. Its December and we’re playing in tropical temperatures. At least our president is actively searching out solutions to the issue. Bear Weather should be back before we know it.

At 3-8 the Giants have pretty much given up. There’s no reason for them to even try. With Chase Daniels and the Bears D we should easily cover the 4 points. We’ll have to do most of the work to cover the O/U but I think with the help of another defensive score the over hits.

*I am absolutely not responsible if you lose.

It is tough for any offense that faces this Bears D. On 10 days rest they should be flying around making plays today. I know Saquon is good but Vic will be keying on him to shut him down. That will open up Odell a little bit but we’re so good he’ll only be able to do so much.

You can also start the Bears D/ST and expect them to score at least once.

Offense: They have a couple of talented play makers in Beckham and Barkley but it really ends there. I think Evan Engram is pretty talented too but he’s “hurt” or scared or whatever so we won’t have to worry about him. The Giants O-Line is a joke and the Bears D-Line is going to break Manning in half.

Defense: The Giants are 25th in the league in points allowed. With a soft defense like this you can expect Chase to move the ball up and down the field with the help of RBs Cohen and Jordan. I’m trying to think of a player on the Giants D from the top of my head and other than Collins I can’t think of a single impact player. Collins doesn’t scare me at all. He can’t cover everyone. Its going to be a long day for the G-men.

Offense: Even with our backup we are one of the best Offenses in the league. I think it s safe to say that Daniels is the 2nd best QB in the NFC North behind Trubisky. Have fun trying to stop an offense with Robinson, Cohen, Jordan, Gabriel, Burton, White, Bellamy, and Braunecker. It will be another fun day for the Bears on offense today.

Defense: The best in the business. 3rd in the league in points allowed and 1st in our hearts. Well rested after a tough stretch and mostly healthy. Eli is going to be running for his life all day. The Bears are only giving up 80 rushing yards a game so we’ll see if Barkley is actually legit now that hes playing a real defense. There is nothing better in the world than a dominant Bears defense. Tomorrow morning when the Giants wake up they are going to know that they played the Chicago Bears today.

Bears: We’ve carried this team to a 5 game winning streak and we need to keep it going. I’m sure MetLife will be full of Bears fans making it feel like another home game. Just need to keep focused and cheer this team all the way to yet another Super Bowl championship.

The Giants: New York has a million professional sports teams and they never win anything, Sure the Yankees were good for a short time back in the day but what have you done for me lately? I put their lack of success squarely on their pathetic fan base. Look at these fucks. 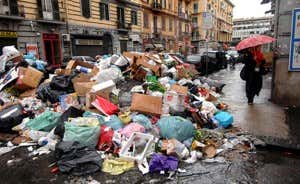 Coming Up Next Week: The Los Angeles Rams come to get their overrated asses kicked in some good old fashioned Bear Weather on Sunday night.